With the cold, wet and generally nasty weather finally taking a break over the South Carolina skies, two teams emerged as champions of the TBF/FLW High School Open event on scenic Lake Russell.

Connor Giella and Zach Battle of Augusta Georgia tied with Laurens High School’s George Compton and Hunter Bond with identical 4 fish bags that weighed 9lbs 9oz. Since both teams brought in identical bags with all the fish alive, that led to the third tiebreaker, which is the earliest registration date for the event. Fortunately for Giella and Battle their team mom was a little quicker in getting them signed which led them to the overall championship. Both of these teams shared the Booyah Big Bag award that goes to the largest sack of fish each day at the tournament. 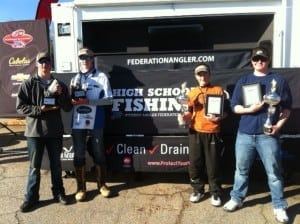 Compton and Bond didn’t complain too much since they won the crown they were really looking for which was the South Carolina State Championship which went to the highest finishing team from south Carolina. Finishing third overall and second in the South Carolina Championship portion of the event was the team of Levi Neave and Stephen Brooks who brought in two Lake Russell bass that weighed 8lbs to claim the South Carolina runner-up spot and a regional qualifying berth in the Southeastern Conference Regional event in September. Neave and Brooks actually tied Compton and Bond for the Lew’s Big Bass award as each team caught beautiful 4lb 13oz fish to share the Lew’s gift bag.

The top three teams also won one year subscriptions to Fishidy to round out the High School Contingency programs for the event.

Rounding out the regional qualifier’s which is based on 10% of the registered field, is the team of Tyler Brown and William Matthews of York County High School, Keegan Towne and Hunter Green of Dorman High School and Jason Fletcher and Tyler Boyter of Broome High School. 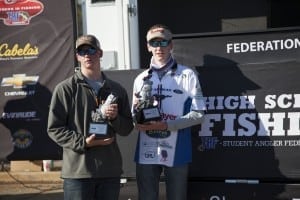 “We concentrated on road beds and points with a Little John and then switched to an Alabama Rig around the docks to catch most of our fish today” state Giella a freshman at Augusta Christian High School. When asked what the key to their success was today both anglers pointed to Kyle Giella, Connor’s brother, who served as their team boat captain. “He taught us a lot today and we certainly wouldn’t have won without him” added Battle who is a junior at Alexander High School in Augusta. 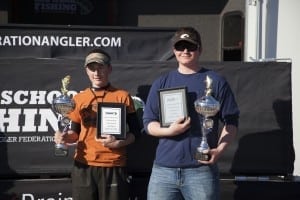 Compton and Bond who claimed the overall runner-up spot and the coveted South Carolina State championship hail from Laurens High School where they are both sophomores. “We used a Carolina Rig to catch the bulk of our fish today” stated Compton. “It was a really tough day for all the anglers with all the weather changes we have has so we just had to stay positive and keep working all day” added Bond.

For more information about the entire TNF/FLW High School Fishing Program you can go to highschoolfishing.org for more details. 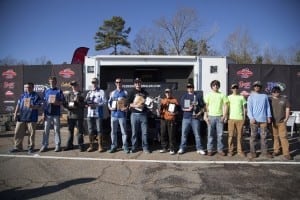