Rising and stained waters didn’t stop the Hochatown anglers, Kollin Crawford and Jace Anderson. The pair had a Berkley 5 alive limit that weighed 14.10lbs. Not only did this win give them a shot at the 12th annual High School Fishing World Finals & National Championship, but Kollin for his State Championship victory and being 16 years old is also eligible to compete in the OK TBF National Semi Finals as a co-angler for his efforts. Congratulations to Kollin and Jace. 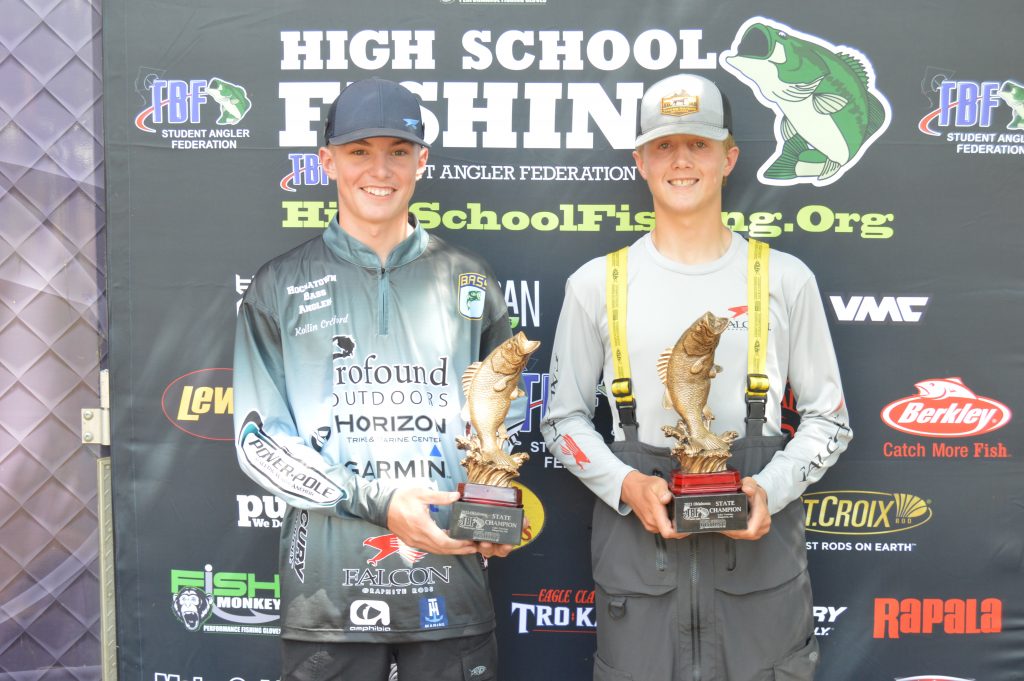 The Kiowa Cowboys didn’t take first place but they definitely proved their worth on the largest body of water in Oklahoma. The Cowboys took both 2nd and 3rd  place.  Second Place went to Micah Belt and Jaedon Dan. The team had 5 fish, all alive weighing in at 13.01lbs. 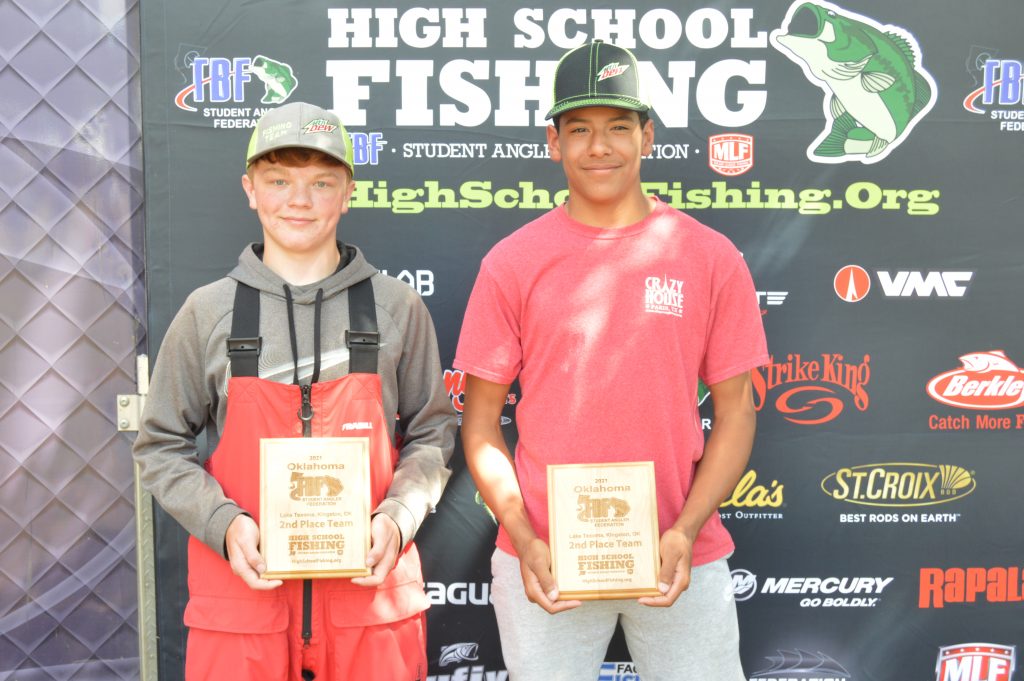 Also from Kiowa with third place going to Cade Smith and Chandler Kelley, this pair had 12.15lbs. 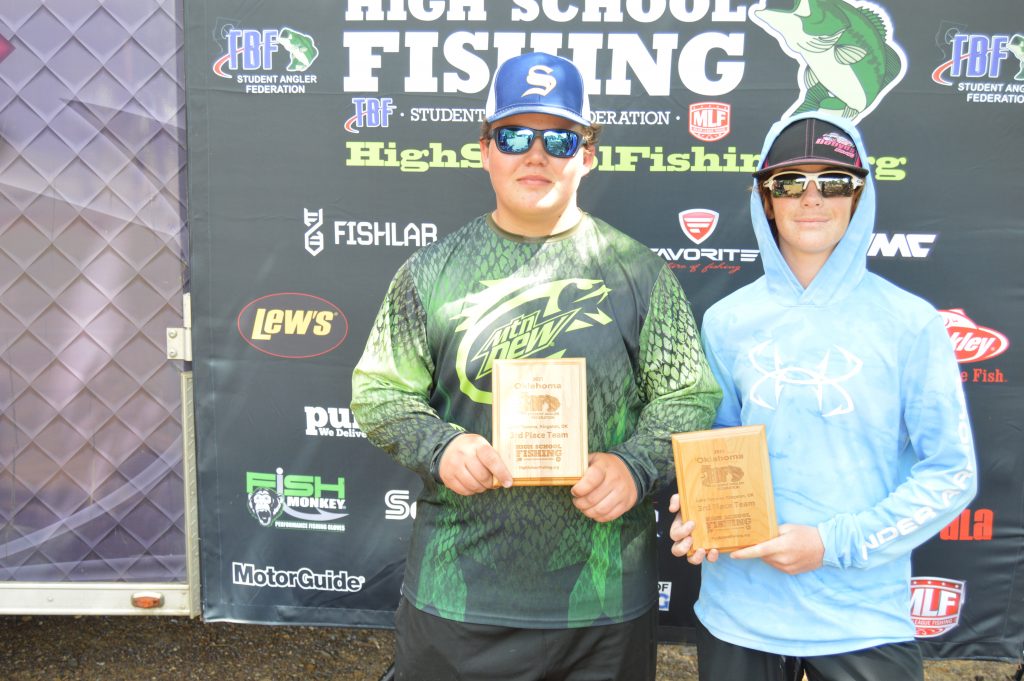 Both teams from Kiowa will also be making the trip to Anderson, SC in a hunt for both a National title along with the hopes of becoming a World Champion Angler. Good Luck to all 3 teams representing OK this year.

The Big Fish Award from Lew’s and Strike King goes to Ben Green and Garrett Thornhill with a 4.06lb Largemouth. Congratulations anglers on your big fish of the day. 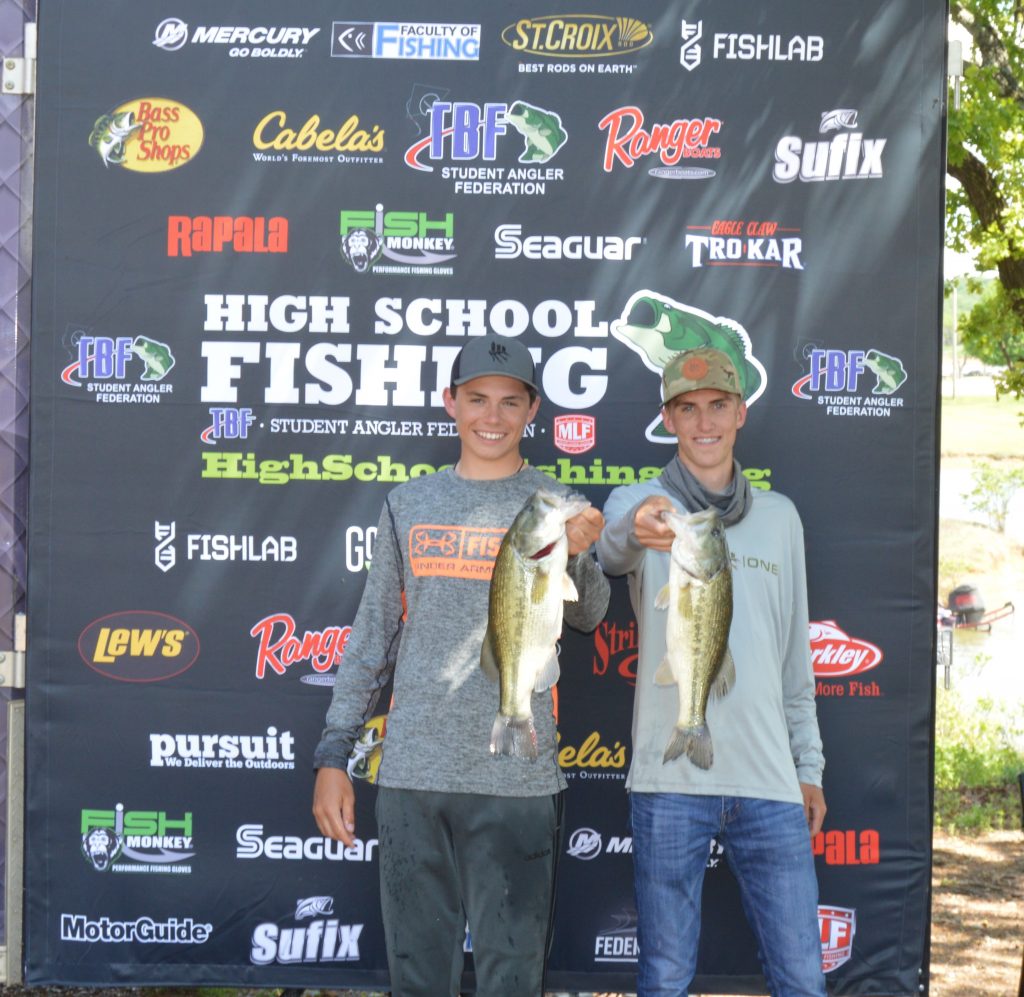