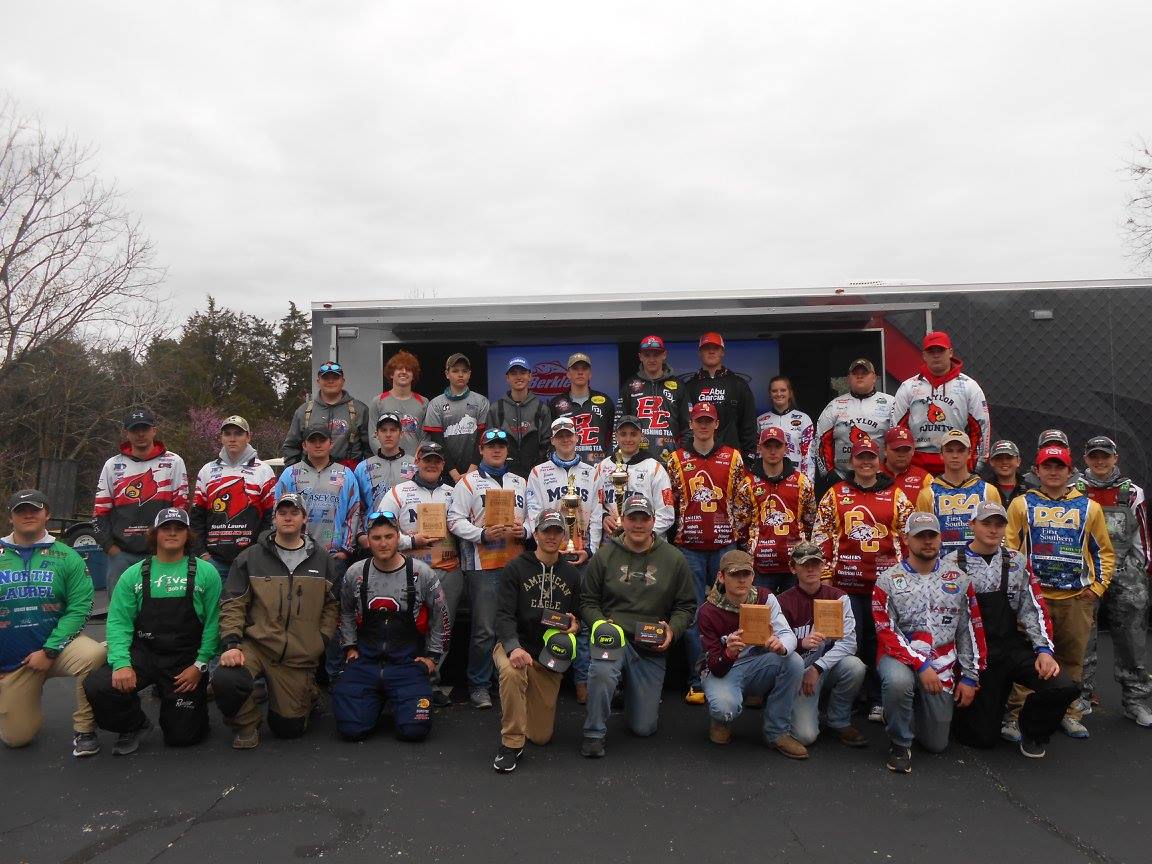 Brandon Turner and Ricky Seth Hembree took top honors in the field of 192 teams at the 2017 Kentucky High School Fishing State Championship on Lake Cumberland April 1.  The Madison Southern team brought in a limit of bass weighing 15.2 pounds to seize the titles and advance to the national event to be held this summer in conjunction with the High School Fishing World Finals on Lake Pickwick.

The top 19 teams will also advance to the national contest.  Among them and also from Madison Southern, were Blake Harold and Cameron Cochran just missing the titles in second with 14.10 pounds. 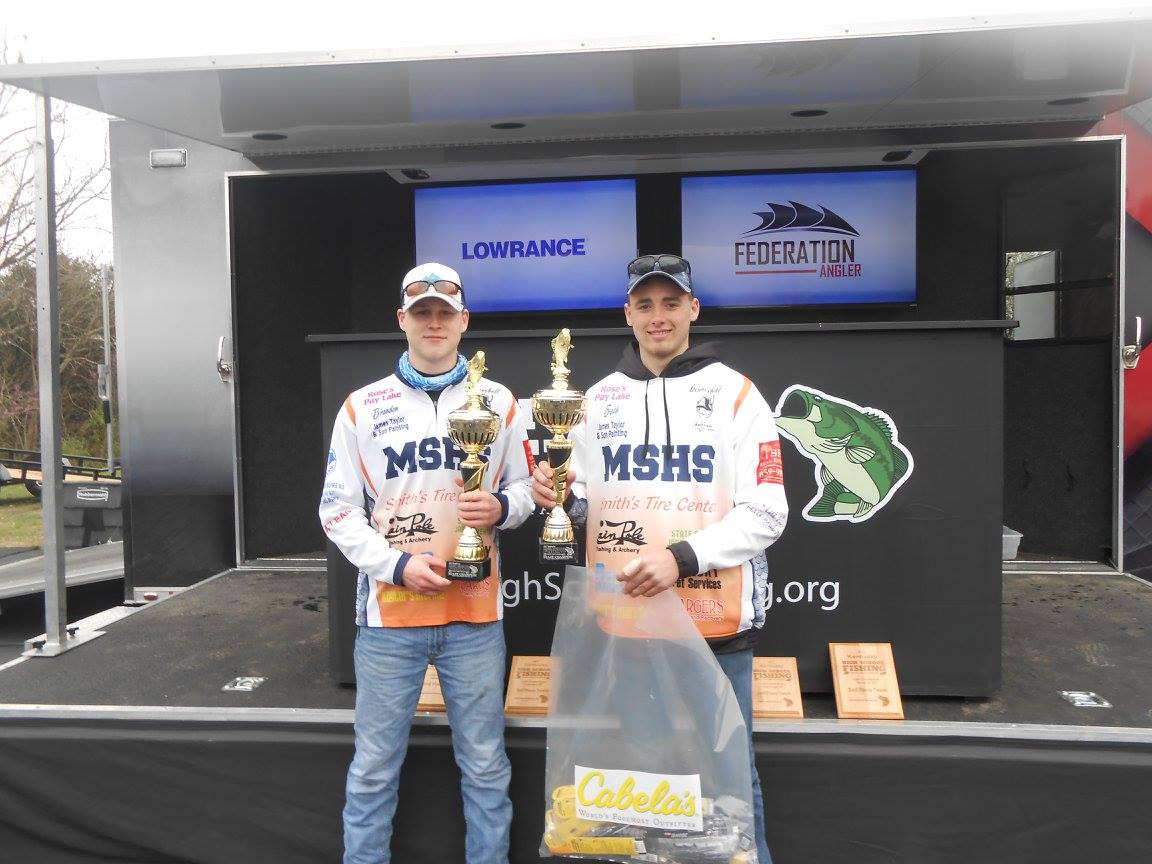 Rounding out the top five were the teams of Blake Stringer and Tyler Warner from Pulaski County with 14.6 pounds.  In fourth, was the South Laurel team of Matthew Woods and Tad Barton with 13.7 pounds and in a tie for fifth with 13.4 pounds were Morgan and Logan Miracle from Garrard County and Caleb and Cole Ballinger.

As the anglers crossed the stage the Alabama Rig seemed to be the bait of choice.  Spinnerbaits, crankbaits and jigs also produced fish on Saturday.  A total of 131 of the record-breaking 192 team field brought fish to the scales wrapping up the 2017 Kentucky High School State Championship on Lake Cumberland.

To view all the Results CLICK HERE.  To see all the photos from this event CLICK HERE.