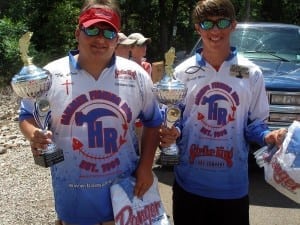 30 youth from all corners of the state of Mississippi traveled to the Tennessee River near Iuka, MS June 28th  and 29th for the SAF MS High School State Championship.   From the Gulf Coast to the Delta area the High School anglers had the map covered.  Fishing on Pickwick in June is widely considered to be the best of the year and these young anglers could feel it.  Spirits were high during the pre-tournament meeting, held Friday evening at State Line Boat Ramp.  “I can’t wait to get out there,” said Rhett Hensley, a 15 year old High School Freshman at Magnolia Heights, near Coldwater, Mississippi.  “The ledge bite should be great after the TVA Starts pulling current after 10 today,” added Ty Jobe, a 17 year old Pickwick regular and former TBF State Champion back in 2011.  “I’m ready,” was all Nathan Morlok, the 2010 MS TBF champion had to say.  Participants were briefed on the lake length limits and tournament rules for the event and then released to their hotels for a short night’s sleep before the big event. 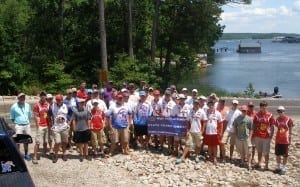 Blast off for Saturdays main event went very smoothly, with all 15 teams jetting into the breaking sun light.   Here are the results from the tournament. 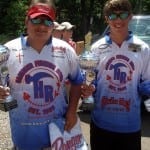 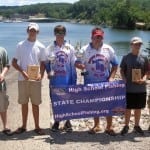 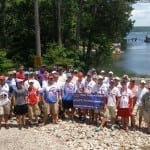 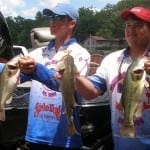