Day two was all about strategy as the 2013 High School Fishing World Finals continued on Lake Dardanelle in Russellville, Ark.  Today, anglers went out in search 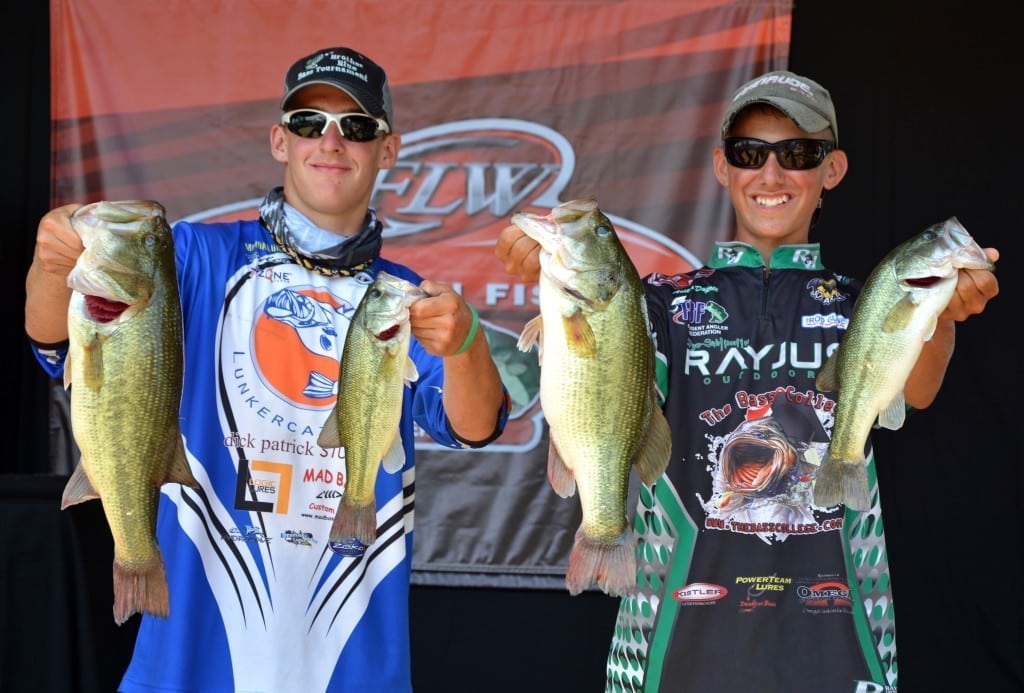 for bags either to bring to the table or leave for tomorrow’s showdown.  Team strategies were all dependent on where they ranked by state.   This year’s format change will advance the top two teams from each state to a semi-final round.  The remainder of the field will try their luck in a second chance round to land a spot in the finals.

The top team out there today was Austin Dupree and Tyler Woods from Texas.  They landed another solid bag of bass weighing 16lbs 15ouncs making their two day total 34lbs 8ounces.  “We’re fishing the same spot tomorrow,” the team said.  “We’re just going to grind it out at that spot all day, it has big fish in it; it has the right fish to win.”

Yesterday, Dupree and Woods held the fifth place spot and caught the tournament big bass, a 7lb beauty.  “We went out there and gave it a run these past few days; we’re just hoping we didn’t burn too much up.” 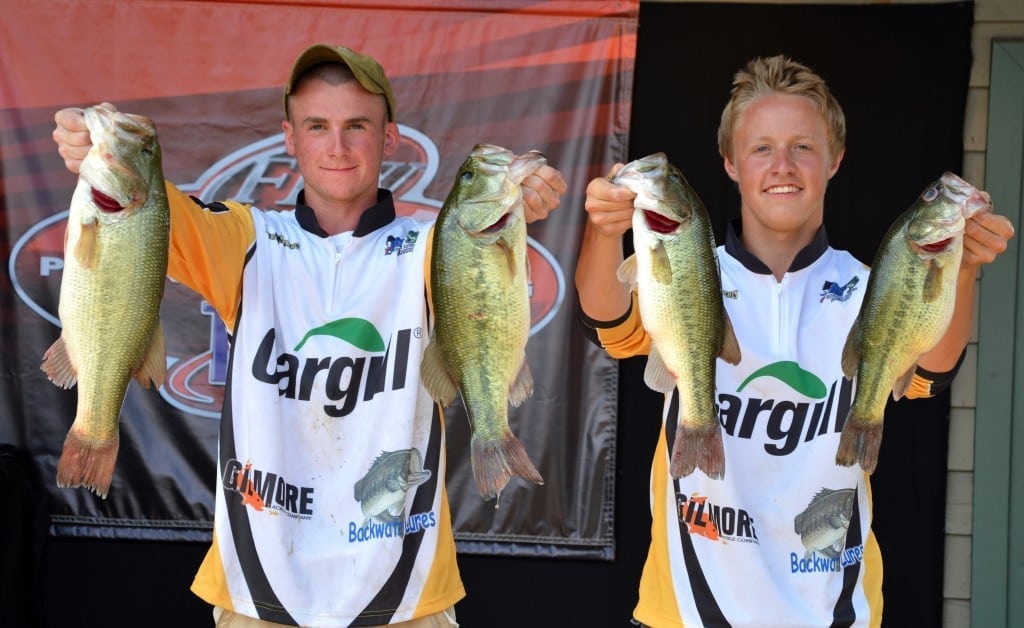 Finishing in second today was the local team of Austen Cathcart and Tanner Jones with a limit of bass weighing 19lbs making their total 32lbs 9ounces.  “The first two days we just went fishing, we didn’t pre-fish,” Cathcart said.  “We knew since it was a four day tournament we needed to save fish for the Friday and Saturday because we gotta bag ‘em.”

Cathcart was last year’s High School Fishing World Finals champion and he’s hoping to make a repeat.  Jones, also local to this lake, is definitely an angler to watch tomorrow.  “Anything can happen, just gotta fish, just another day out on the water,” Jones said.  “That’s what it’s really all about.  Just relax, have fun and go fishing.  And good luck to everybody else out there.”

Tomorrow, anglers head out to put their strategies to the test, their dreams into action, as all weights are zeroed and anything can happen on day three of the 2013 High School Fishing World Finals.