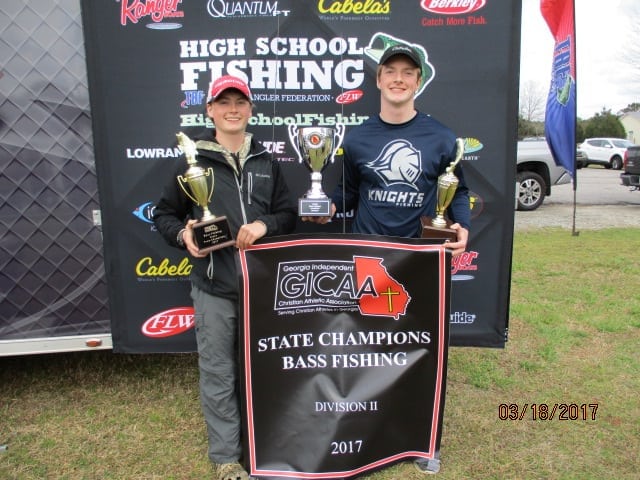 TKA Knights, Matthew Willis and Eli Spivey, topped the field at the Georgia Independent Christian Athletic Association State Championship Saturday on Lake Oconee with a 9 pound bag of bass.  Willis and Spivey were the first anglers to come to the scales and they did so with a bang.  Willis and Spivey will also advance to the High School National Championship event this summer to be held in conjunction with the High School Fishing World Finals. 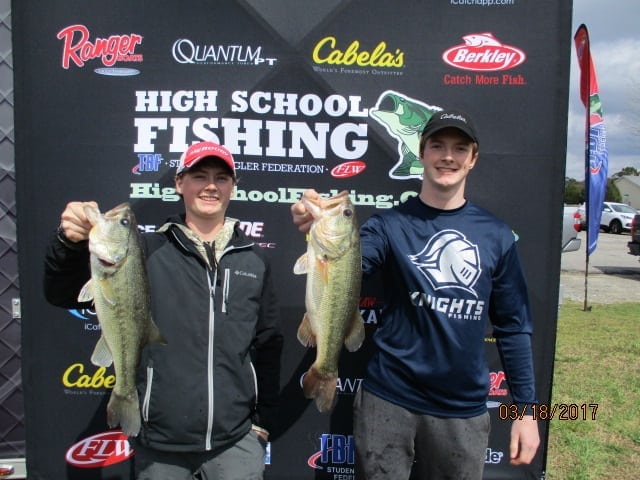 The bait of the day was a chatter-bait fished in 1-5 feet of water.  Other baits that produced fish were crank-baits, spinner-baits, rattletraps and the Carolina rig.  Most teams targeted shallow water cover and secondary points that were back in the smaller creeks.

In second, was the Mt. Bethel Christian Academy Eagles team of Brooks Anderson and Will Cain. The duo watched the scales settle at 8-15 pounds, just one ounce away from the win. 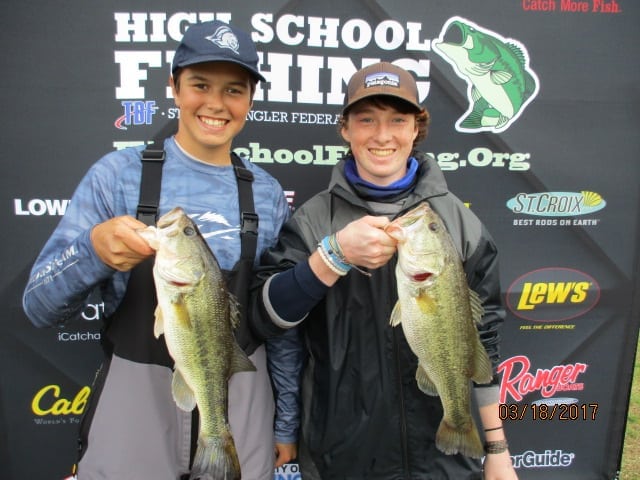 Chris Carroll of Heard County High School fished by himself and captured third with a respectable 8.7 pounds.  Jackson Greer and Jason Gulley finished fourth with 7.8 pounds and rounding out the top five was McKinley McCord and Chris Mercer from Crisp Academy with 7.7 pounds.

The biggest bass of the day went to Jake Wohlers and Nate Windham from the TKA Knights team with a 4.4 pound Oconee largemouth. 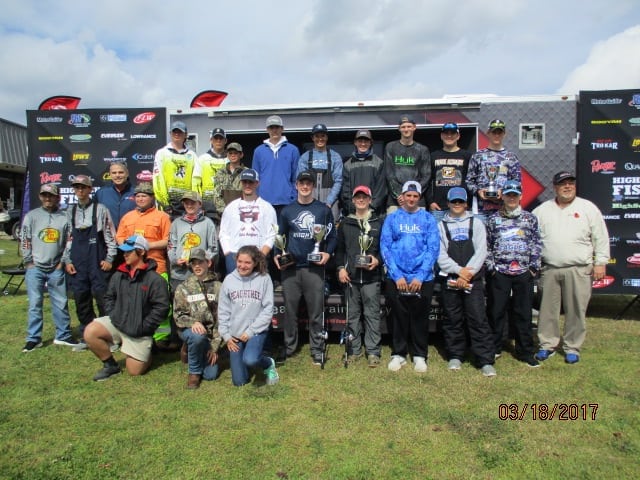