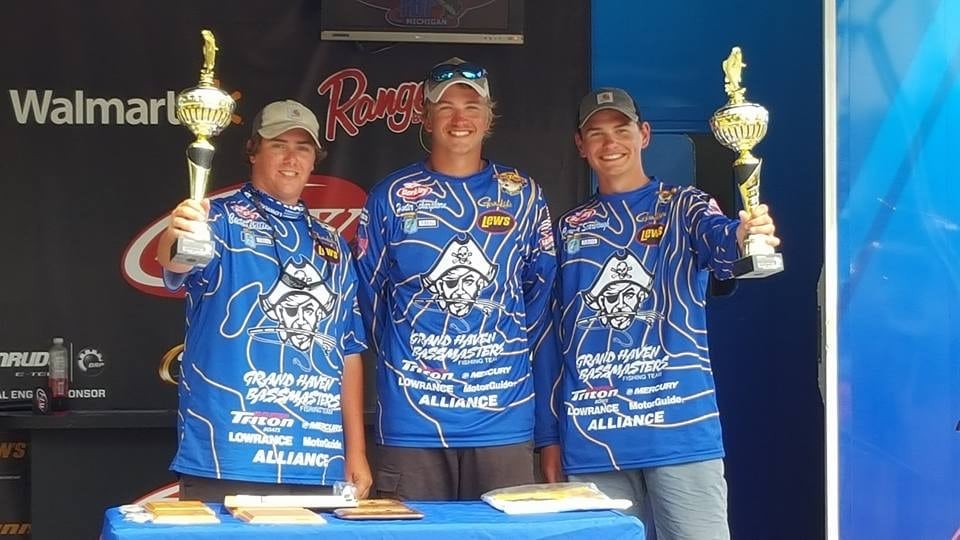 Carter Williams and Cameron Scarbrough from the Grand Haven Bass Club pulled together a very respectable five fish limit of Great Lakes bass weighing 15 pounds 15 ounces to win the Michigan High School State Championship in Elizabeth Park, Mich.  The win earned them the championship titles, trophies and a slot in the Central Conference Regional to be held in September.

The pair outdistanced Beau Turnblom and Peyton Stapp from Fenton High School who had a limit weighing 14 pounds 4 ounces to claim the runner-up spot. Both teams received a slot in the Central Conference Regional for a chance to advance to the High School National Championship next spring.  Rounding out the top three were the Coloma Comets, Matthew Davis and Ryley Watson, with a limit that weighed 13 pounds 10 ounces.

Special thanks go out to Mr. Alan Gray and the BFL Staff for conducting the event following the Michigan division of the BFL.