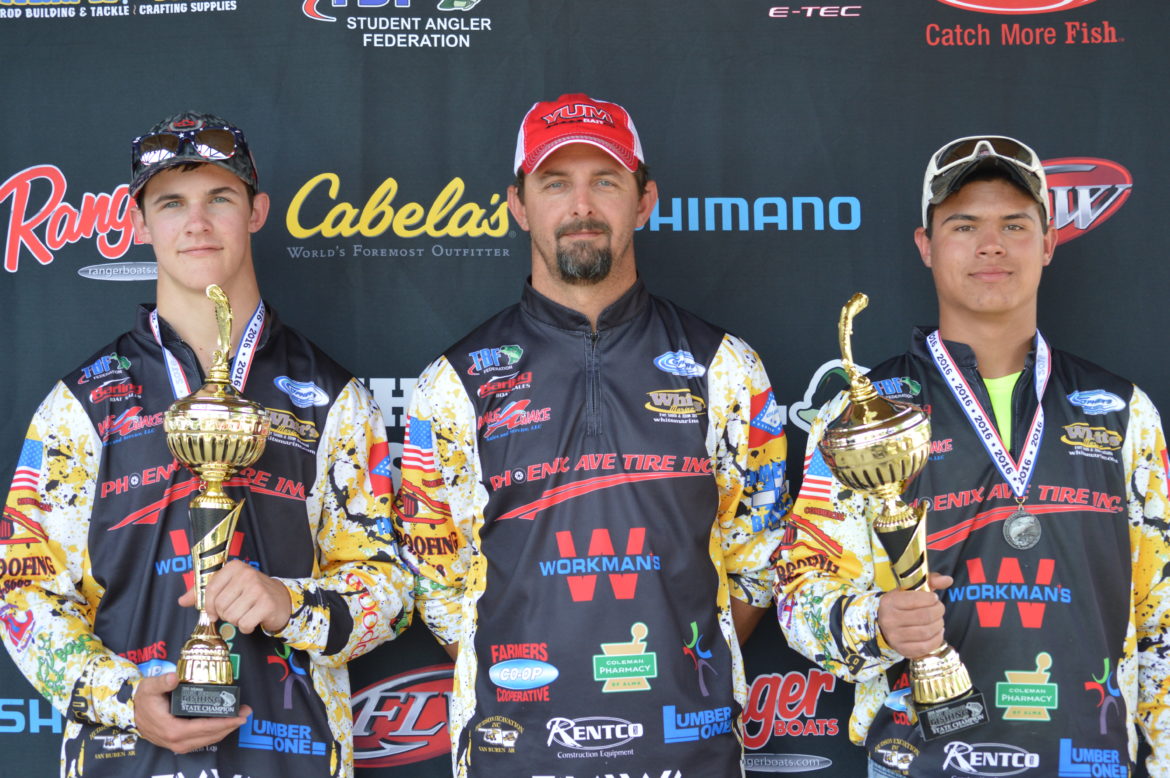 On Saturday, 100 teams traveled to Russellville, Ark., to compete on Lake Dardanelle for the State Championship titles and for ten slots in the Southern Conference Regional.  Cole Trotter and Cody Jackson from the West Arkansas Hawghunters Bass team put together a five fish limit that weighed 16lbs 2oz for the win.

Their bag was anchored by a 5lb 6oz beauty that solidified their victory and berth in the Southern Conference Regional to be held October 15 in Shreveport, La. 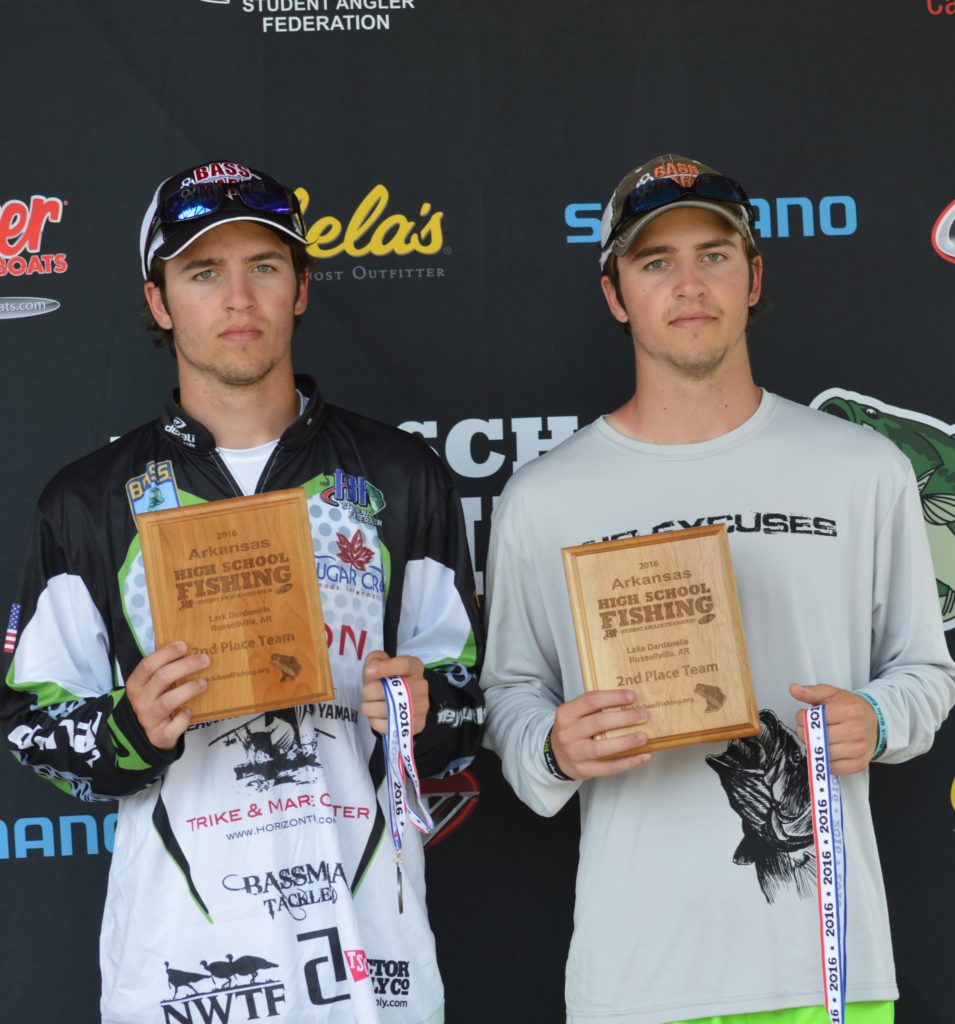 Coming in second, were the Dugger brothers, Jake and Josh, from Pottsville High School and the River Valley Bass club who also had a limit that weighed 15lbs 14oz.   They claimed the runner-up spot and also secured a place in the fall Conference event that takes the top 10% of each state championship field.  Arkansas has ten teams advancing with hopes of moving on to the High School National Championship next spring.

The third position was claimed by Waldron Bass club’s Tyler Catlett and Austin Fish. They had five Dardanelle beauties weighing 14lbs 7oz.  Right behind them was Hunter Bisslee and Tye Whisenhunt from Mt. Ida High School who had only four fish but they weighed 14lbs 3oz. 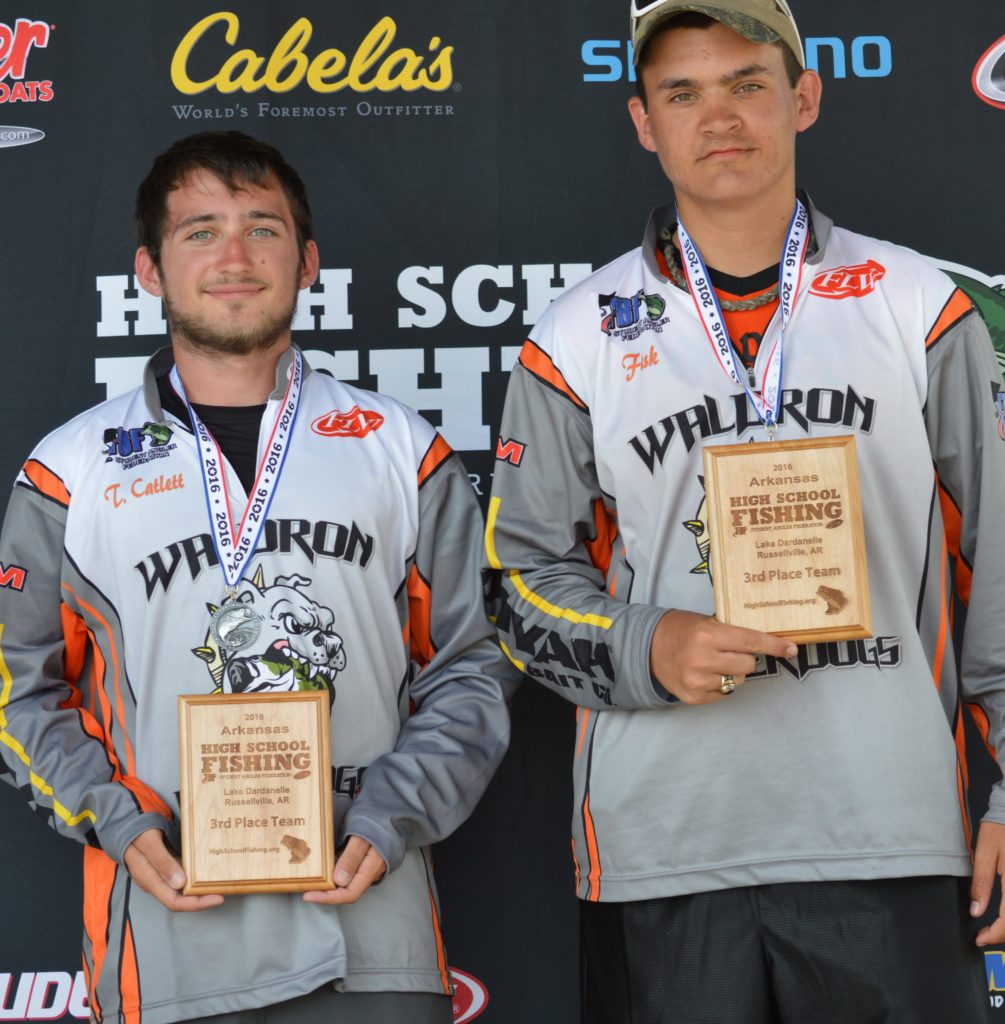 The fifth position went to Dagin Carden and Brycen Waddle from the Bryant Hornets team. They had a limit that weighed 13lbs 14oz.

Rounding out the top ten were Logan Abernathy and Fisher Bissell in sixth and also of the Mt. Ida team with 13lbs 11oz.  In seventh, Tristen Reyes and Chris Penn from the Cobra Bass team with 12lbs 4oz.  In eighth, Nathan Stout and Larry Thompson from the Mustang bass team with 11lbs 6oz.  In ninth and tenth, Lane Dodd and Bryce Briggs representing the Lake Hamilton Wolves with 11lbs 3oz and Ryan Mozisek and Josh Gray from Benton High School with 10lbs 10oz.

Caleb and Cason Easley won the Lew’s Big Bass Award and a pair of Lew’s reels by catching a 6lb 4oz monster bass.

Special thanks to the Russellville Tourism group as well as the terrific staff at Lake Dardanelle State Park. 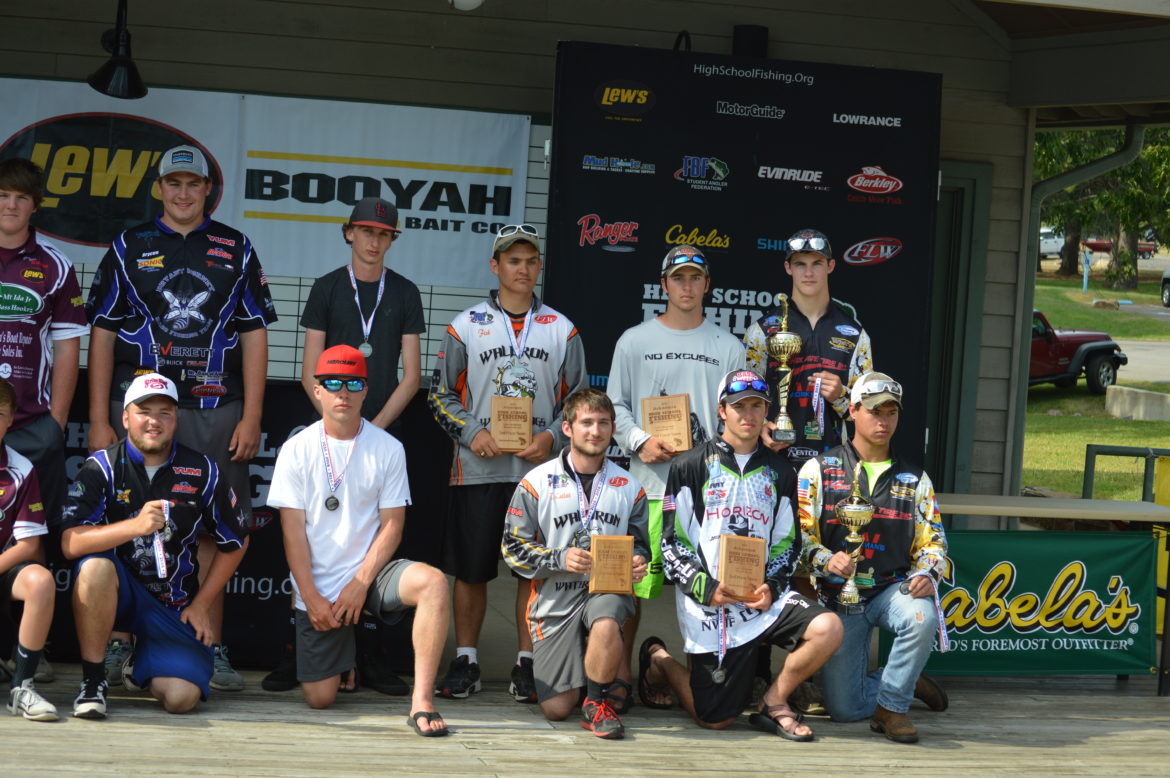 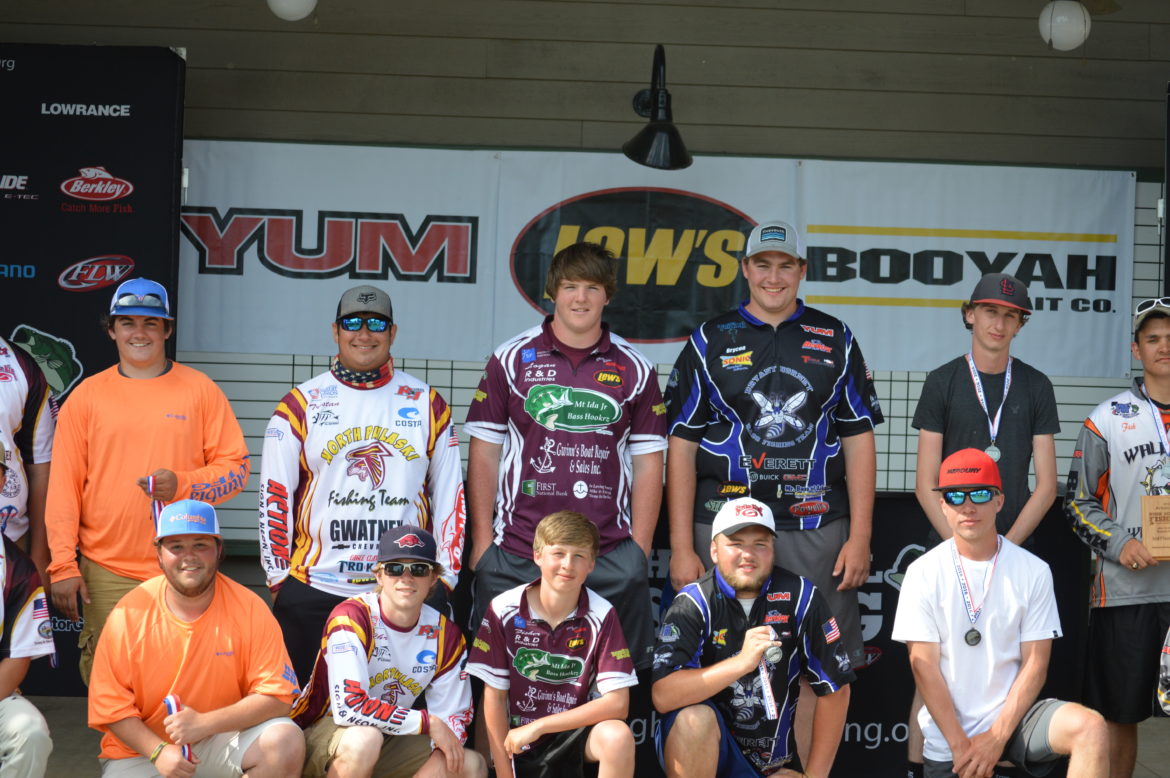