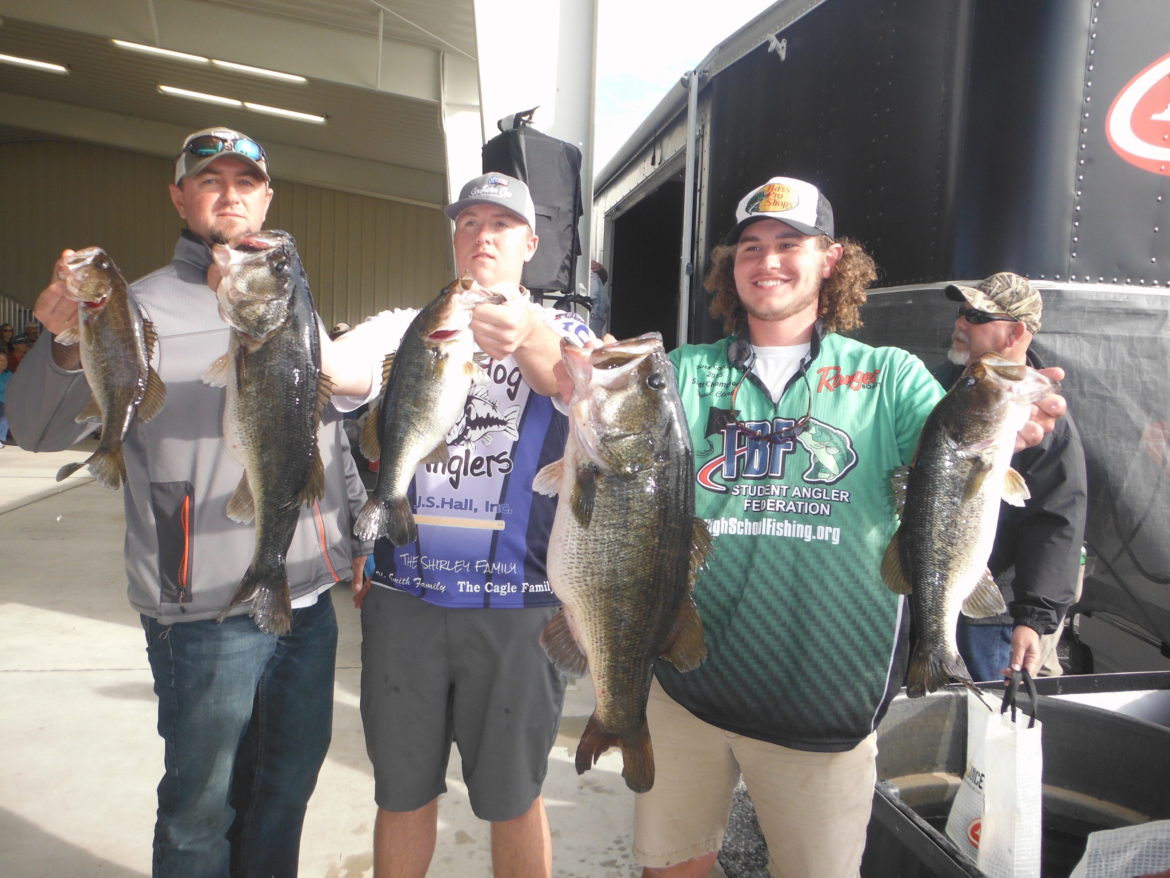 Jacob Smith and Daniel Clark left their home in Travelers Rest South Carolina on Friday morning around 2:00am and arrived in Okeechobee Florida on Friday afternoon. After watching the Costa Series FLW Pro’s weigh-in, the pair could have never dreamed that they would catch a single five fish limit that weighed 26lb 8oz to win the opening SAF event of the year and nail down the first Regional Conference Qualifying spot for 2016. 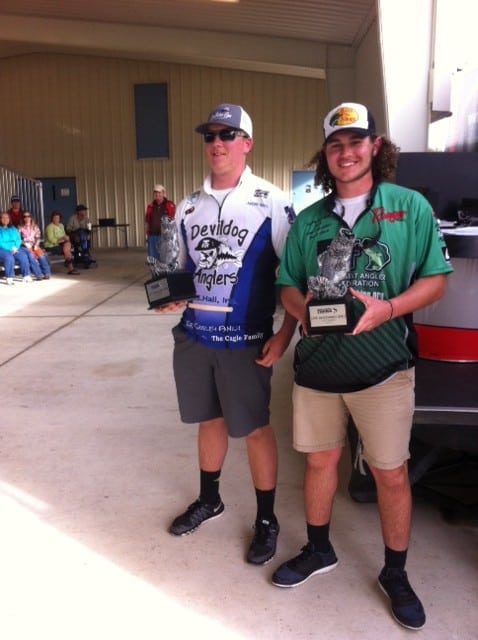 What is even more impressive is that the big sack was anchored by a 12lb 1oz horse to claim the Lew’s Big Bass Award and another 10+lb beauty to round off the impressive limit. That catch qualified the anglers for Florida’s Trophy catch program and was the biggest bag of the weekend, including the three day Costa Series professional event!

With Gail force winds and heavy rains creating a one hour delay to the start of the event and forcing the anglers to be restricted to the Kissimmee River instead of legendary Lake Okeechobee the giant bag is even more impressive.
“With all the rain this morning we just went looking for clean water and found a drainage ditch that dumped into a canal off the main river” stated Jacob Smith who is a junior at Travelers Rest High School. “We caught all of our fish on a Livingston Crankbait in Guntersville Craw color” added Clark who is also a junior at the South Carolina School. “This spot had a nice mix of rock and a few weed mats that all came together and it appeared that these bass had the bait fish pushed up into that short ditch” cited Smith. We stayed in that one spot the entire day”!

Cole Thompson and Nick Cora from Harmony High School also had a five fish limit that weighed 10lb 8oz to claim the runner-up spot and nail down a Regional qualifying spot.

The Southeast Conference Regional Championship, will take place in mid-September on Lake Cumberland in Kentucky. 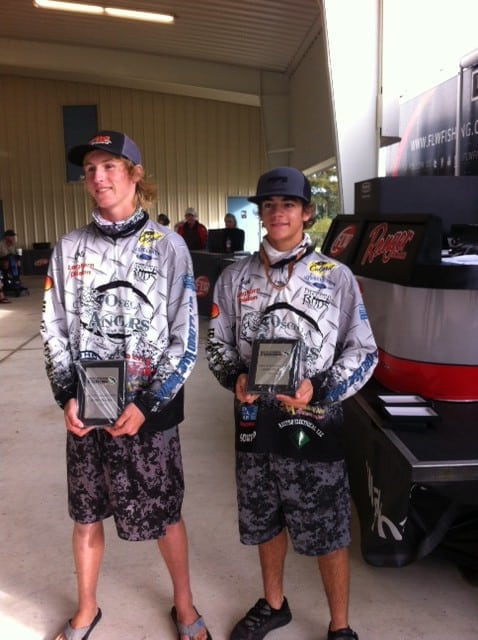 Claiming the third and final berth in the fall event was the team of James Brooks and Carter Garrett from the First Coast Anglers fishing team who had four Kissimmee River bass that weighed 9lbs 6oz.
Rounding out the top five were Daniel Cheshire and Christopher Richey from Creekwood High School in Tennessee who brought in a limit that tipped the scales at 8lbs 9oz and Tyler Bazemore and Hunter Gadd from Bartow, Florida who also had a limit that weighed 8lb 6oz to take the number five spot.

The TBF/FLW National Open series is open to all SAF anglers across the country as it continues with the Carolina Early Bird Open on Lake Hartwell February 21st.
All interested anglers can register at highschoolfishing.org.
Special thanks go out to the Okeechobee Tourist Development Council for sponsoring the event and the FLW Costa Series staff for providing the manpower and equipment for the event.

For more info on the next open event, the Carolina Early Bird Open Feb 21st or the Cabela’s Southern OPEN Adult team tournament the day before on Feb 20th CLICK HERE