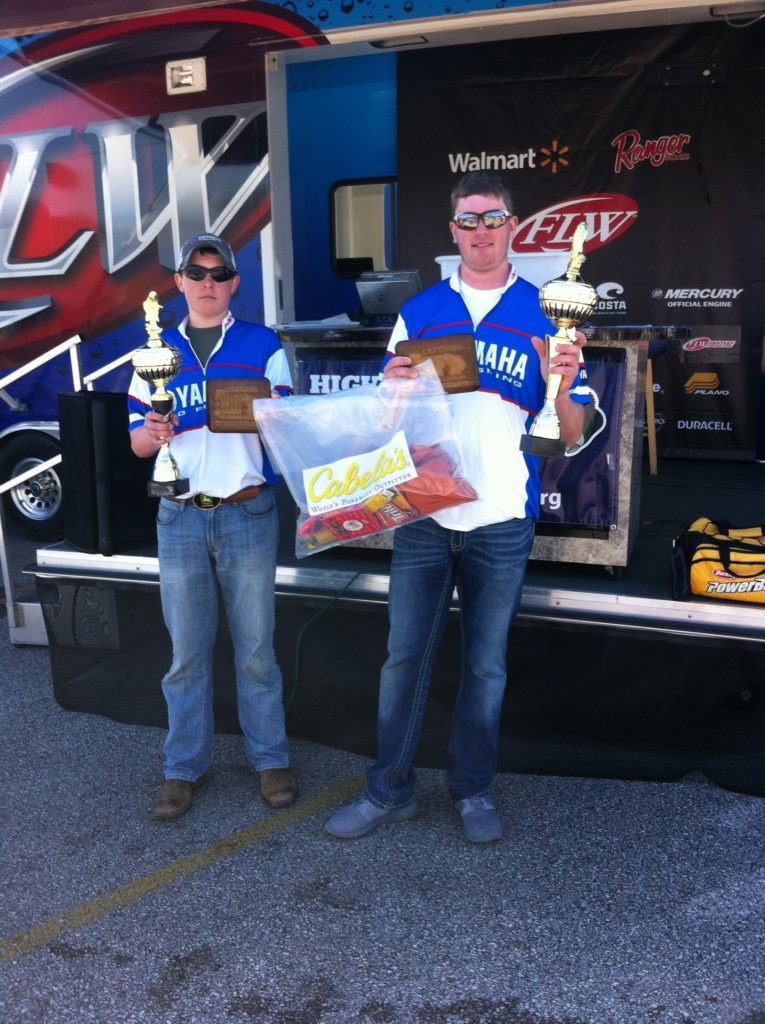 “We caught most of our fish on a chatter bait,” Mauck, a junior at Tipton, stated. “We caught ten or twelve fish today and most of them came on a green pumpkin colored bait.”  When asked what the key to their success was Wampner, a freshman, quickly responded that sticking with it and fishing hard all day paid off.  The team conquered a 34 boat field to advance to the Central Conference Regional, which will be held September in Lawrenceburg, In., on the Ohio River. 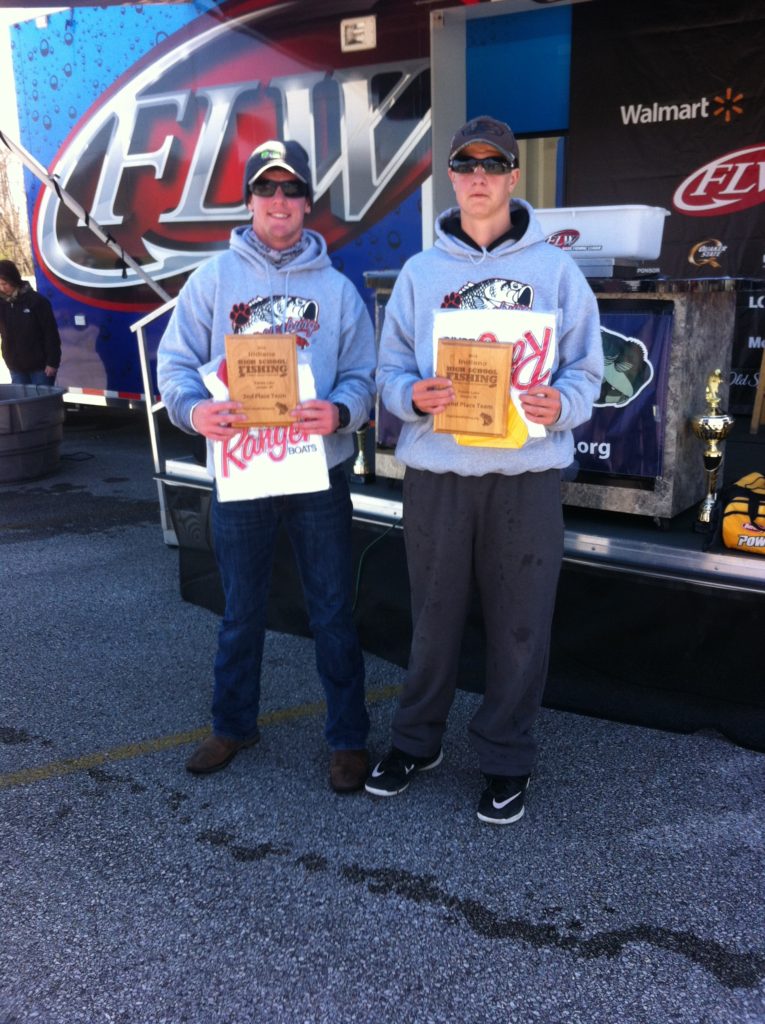 Finishing in second was Hunter Schnieder and William Halbig from Lawrenceburg High School with four Patoka Lake beauties, including the 6lb 4oz lunker that anchored their 14lb 7oz sack, the runner-up position, and a slot at the Regional event.  Also advancing, was the third place team of Austin Tinsman and Evan Patterson from Union High School who had a limit that tipped in at 13lbs 8oz. They narrowly slipped by the fourth place team of Blake Albertson and  Adam Puckett from Bloomington South High School with 13lbs 7oz. 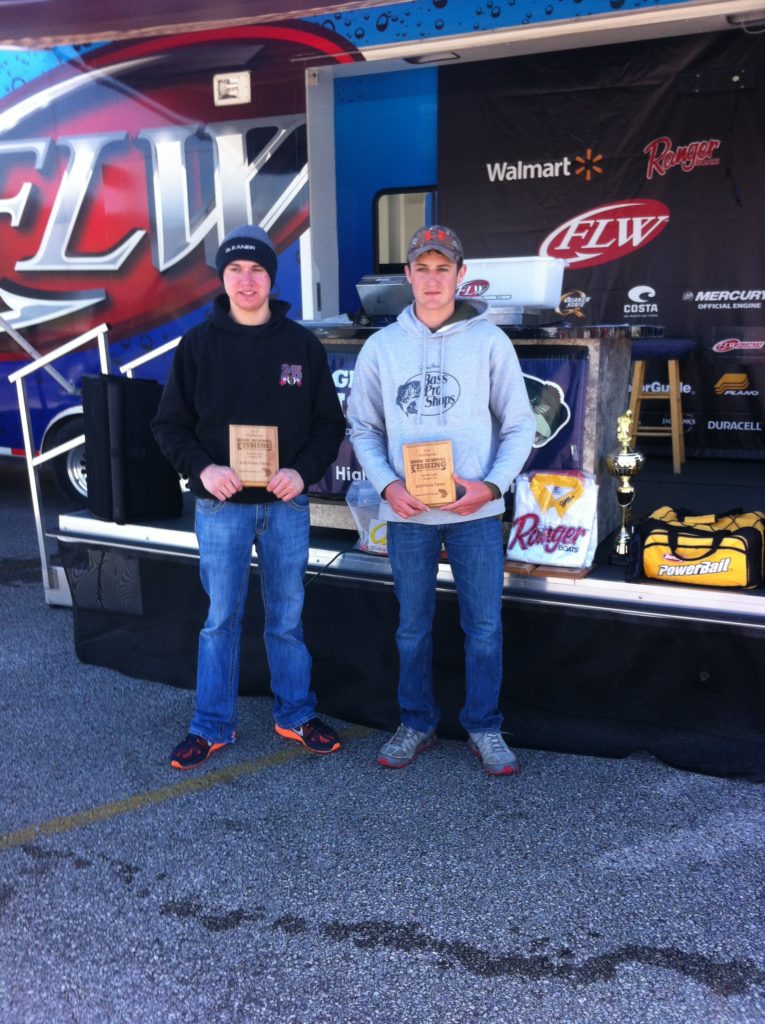 Special thanks go out to the Dubois County Tourism group and the BFL Staff who provided the weigh-in trailer and equipment for the day’s event. 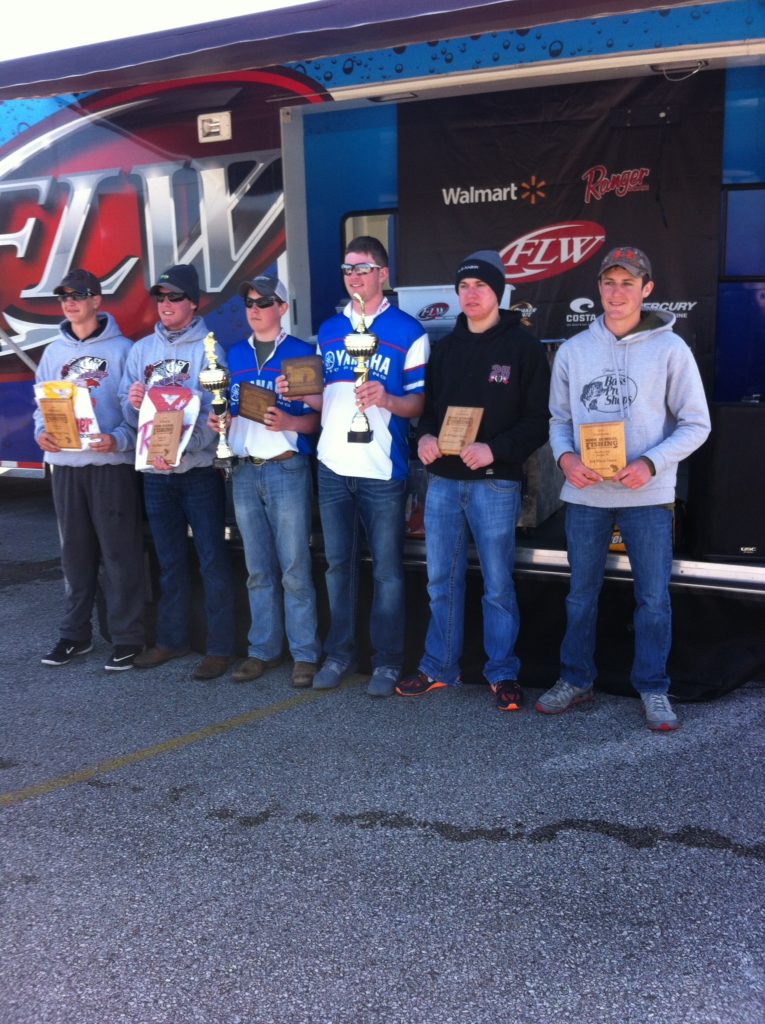