There is never really a wrong time to go to a lake like Sam Rayburn, in Jasper, Texas.  The weather is normally mild enough that the bite is somewhat “on” just about year round.  For 2017, the first High School State Championship launched out of Umphrey Pavilion on Sunday, January 29.

A total of 77 teams signed up for the season’s first event.  The anglers enjoyed pizza and got to know other anglers from across the state, while they waited for the rules briefing to begin Saturday evening at Jasper High School.  Sunday morning brought rather chilly conditions as temps dipped into the lower 30’s when daylight arrived at Umphrey Pavilion.  Nevertheless, the weather did not dampen the spirits and enthusiasm of these high school anglers as they headed out for a full day of fishing.  As temperatures climbed into the upper fifties by day’s end, several teams were eager to weigh-in.

For the 2017 season, ten percent of the teams will advance from each State Championship to the High School National Championship.  In this event, the top seven teams advance.

Winning the event with a hefty limit of fish was the Connally Cougars Team of Jeffrey Padavick and Matthew McMillan. 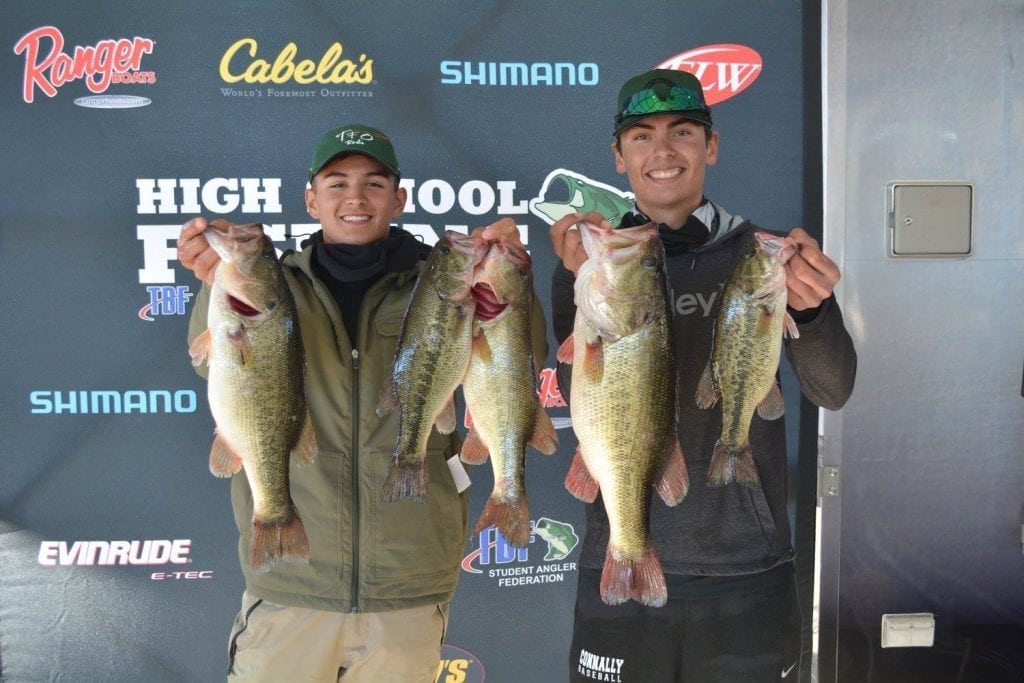 Their best five fish weighed an impressive 16.10 pounds.  They reported catching several limits of fish throughout the day.

The runner up spot went to the team of Abbi Gass and Mark Lackey from Lake Travis Bass Club. 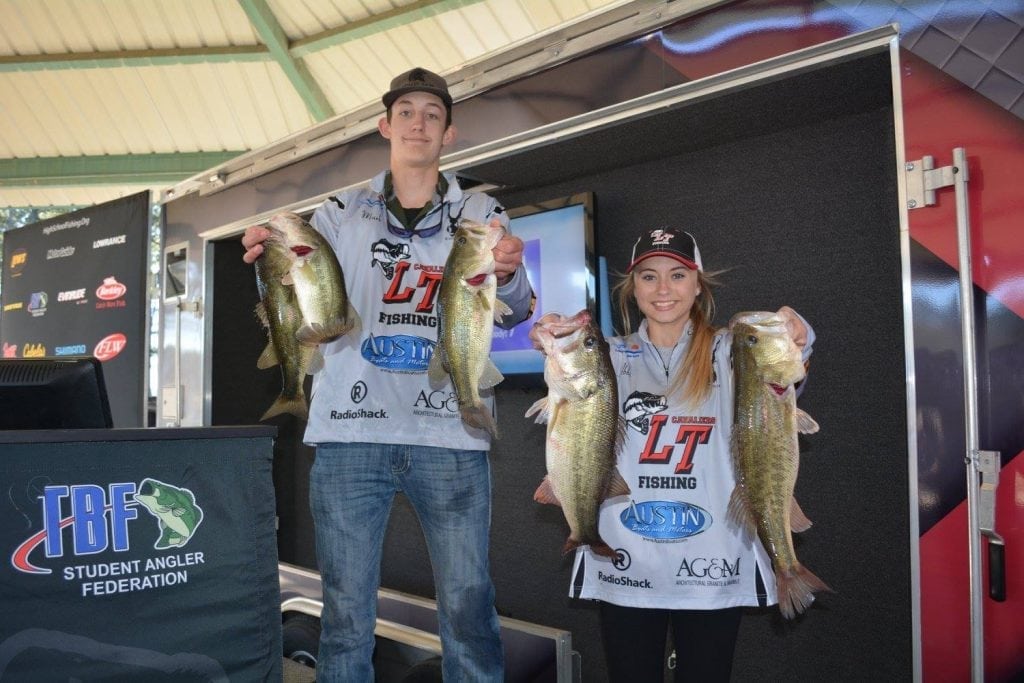 They also had a nice limit that weighed 15.02 pounds.  Finishing in third was the Huntington High School team of River Johnson and Brenton Peters.  Their five fish weighed 14.08 pounds.  Turning in 13.01 pounds and taking fourth place was the team of Brian Arabie and Hunter Jackson from The Regents Knights.  Fifth place belonged to Braden Berryman and Kenneth Pickett from the Kirbyville Wildcat Bassmasters with 12.02 pounds.  Rounding out the top seven were the teams of River Lee and Thomas Martin of Rains High School with 11.11 pounds and Cameron Carter and Aaron Batten with 10.15 pounds from Magnolia West High School.

It’s not very often all the top spots go to different schools, but that’s exactly how it went; each of the seven teams advancing represent different Texas high school programs.  What a great way to start off 2017. 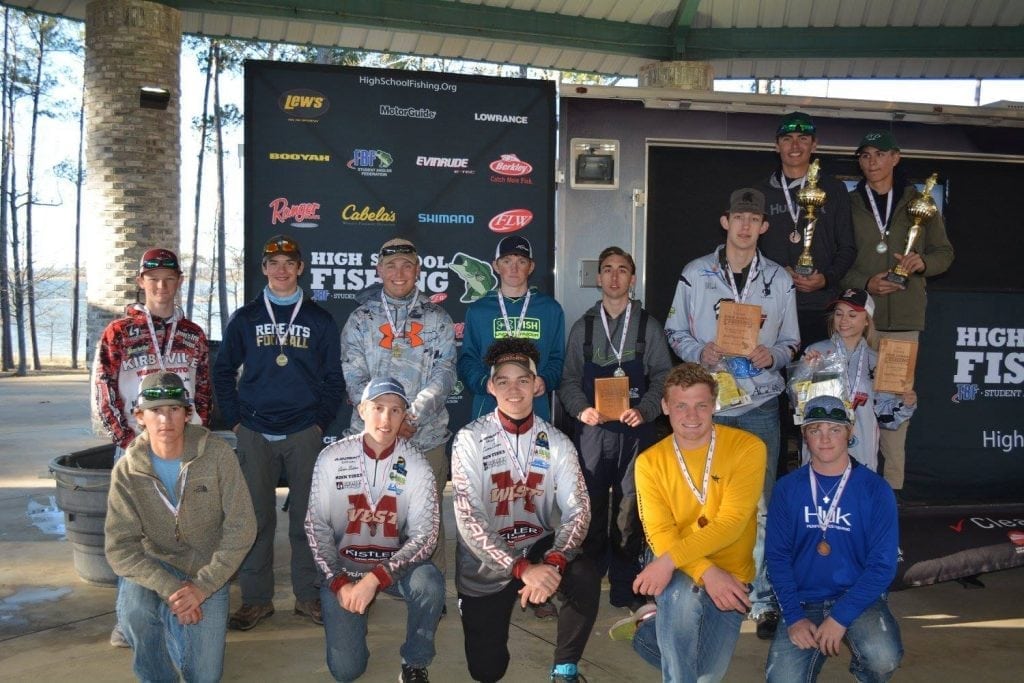 As for as how they’re catching them, a variety of baits were mentioned as the anglers crossed the stage.  Some of the most popular baits were Carolina Rigs, Chatterbaits, and Red colored Rattletraps, with most fish being caught in anywhere from five to fifteen feet of water.  The Lew’s Big Bass Award went to the winning team of Jeffrey Padavick and Matthew McMillan with a Sam Rayburn toad that weighed 6.15 pounds.  Each angler received a Lew’s Reel for their big fish effort on the day.

There were a total of nine limits brought to the scales with 135 fish being weighed and 135 fish being released to be caught again another day. The total weight of the fish was 314.11 pounds.

To see all the photos from this event CLICK HERE