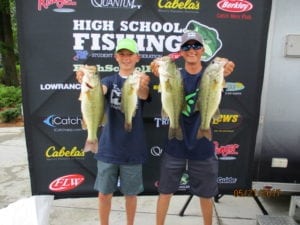 The Gardendale Rockets team of Griffin and Fletcher Phillips took top honors at the Alabama High School Fishing State Championship at Neely Henry on May 21 with a limit weighing 10.15 pounds.  The top two teams from this event also qualified for the 2017 National Championship event to be held in conjunction with the High School Fishing World Finals, June 27-July 1, in Florence, Ala. 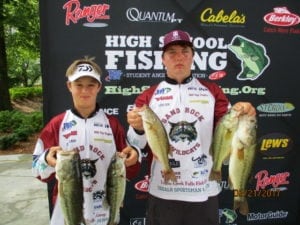 The top two teams reported catching their fish on jigs in 1-5 feet of water and topwater frogs around the grassy Neely Henry shores.

The top 5 teams are as follows: