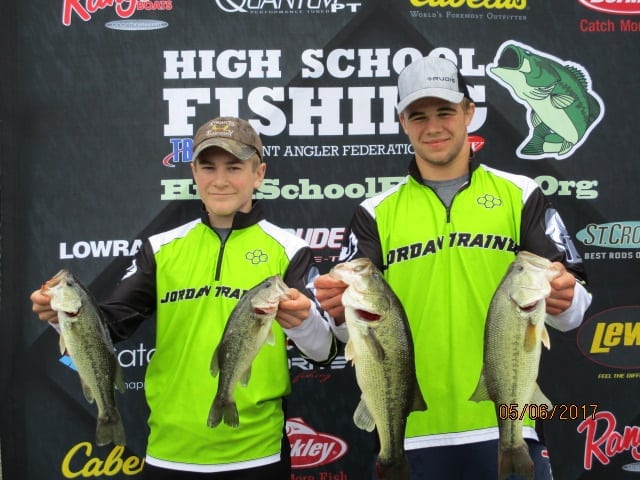 Cold temperatures, wind and rain greeted 62 high school teams as they gathered at Cabela’s in Columbus to register for the Ohio High School Fishing State Championship held on May 6.  The weather didn’t seem to dampen their spirits as they bought lures and tackle then woke up early to take on Alum Creek in Galena, Ohio. 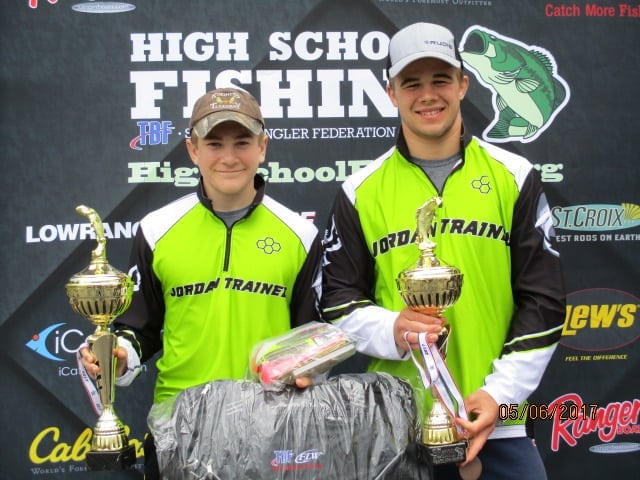 Graham Falcon anglers, Rocky & Tanner Jordan, claimed top honors with a limit of bass weighing 11.5 pounds.  Just ounces behind them, was the Oak Hill team of Jalea Caldwell and Collin Hammond with 11.1 pounds.  Taking third, was the Cincinnati SAF team of Alex Redwine and Daniel Hechler with 9.12 pounds.  Fourth and fifth places belonged to Cameron Smith and Jacob Blackburn with 9.3 pounds and Kody Whitaker and Abigail Shade with 7.10 pounds.  The sixth and final qualifying spot was claimed by Shane Smith and Isaac Jeffers with 7.3 pounds. 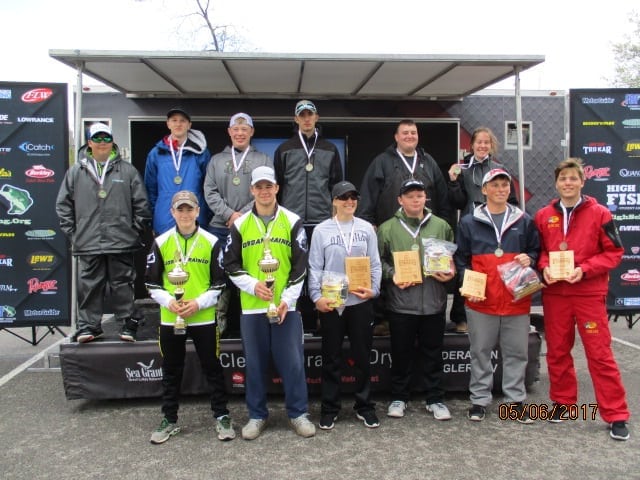 Some of the best baits used during this event were jigs, squarebill crankbaits, drop shots and Ned Rigs.