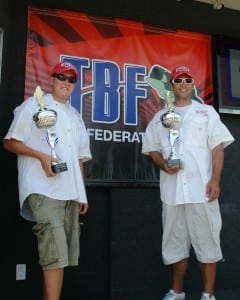 The 2011 Kansas TBF High School Championship held on Wilson Lake, in Russell County named Sam Starr and Brady Sherman the first Kansas High State Champions last weekend.  All the high school anglers caught several fish out there and each team brought in a limit of five bass, making it a great day of fishing for everyone.  Starr and Sherman caught a limit weighing 12lb 8ounces to seal the deal, just five ounces ahead of the second place finishers.  The two-man team started out with a bang catching a limit of keepers within the first 15 minutes.  But, the wind picked up and the team’s catching streak fizzled.  With only two hours left the team returned to their original spot and started to pull in one after another.  Starr switched to a jig, an Okeechobee Craw from Real Deal Custom Tackle, and began to land larger keepers.   Sherman tied on a jig and followed suit.  The rest is in the 12lb 8ounces win and the 2011 Kansas High School State Champion titles. 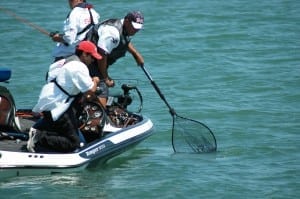 All teams who entered and competed at this event qualify for the largest event in high school fishing, the 2011 High School Fishing World Finals, July 18-23 in Russellville, Ark. (at no extra cost), to compete for thousands in college scholarships and prizes. Additionally, it is open to any and all high school fishing teams who would like to come and compete. If you are not SAF members, you will just need to pay a $50 team entry fee. For more information regarding the 2011 HSFWF, please visit our HS Fishing World Finals page on HighSchoolFishing.org.

TBF and SAF would like to thank Russell County, the Kansas TBF, and all the volunteers who helped make this event happen. And a huge thank you to all the parents, mentors, teachers, coaches and boat captains for getting your students involved with high school fishing! Thank you all! We couldn’t do this without you. 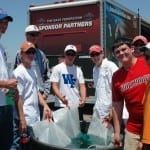 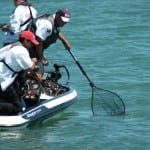 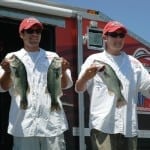 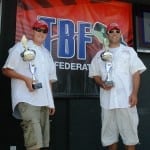 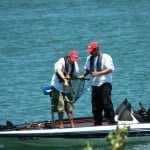