The Student Angler Federation held the Missouri High School State Championship on Table Rock Lake in Kimberling City.  The Eureka Wildcat Fishing Team of Grant Priesmeyer and Brent Ryan caught a nice limit weighing 11 pounds and 15 ounces to secure the win.  Hunter Rushton and Nathan Meyer from Lees Summit High School finished second with four pounds and five ounces.  There was a tie for third between the teams of Zack Wilson and Caden Lawrence and Drew Elbert and Garret Balk with each team weighing three pounds and thirteen ounces.  There was another tie for fifth with Braden Davis and Hunter Maddox and Carter Lochmann and Roman Literski each weighing two pounds and five ounces. 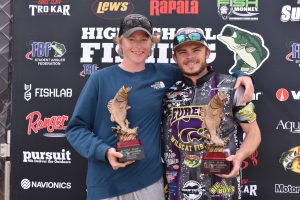 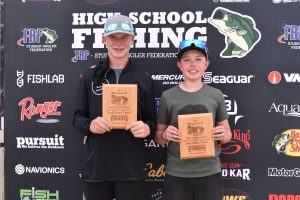 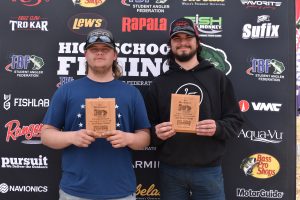 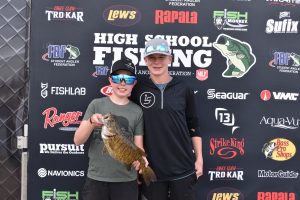 Big Bass honors went to the team of Hunter Rushton and Nathan Meyer for a nice 4-05 lunker.  Anglers reported catching their fish in mostly shallow water from 3-8 feet deep.  Jigs, Swimbaits, Ned Rigs and crankbaits were what most anglers were throwing.

For full results and all photos from this event CLICK HERE