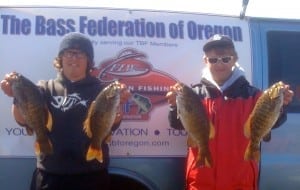 April 30, 2011, Columbia River, OR – Student anglers from across the state of Oregon converged in Hood River, Oregon for the inaugural Oregon High School Bass Fishing Championship presented by The Bass Federation’s Student Angler Federation and TBF of Oregon www.tbforegon.com

Each team had a mentor / coach helping them locate fish on the Columbia River. Students were fishing as teams and were allowed to weigh in the best 5 bass limit they could catch throughout the day. 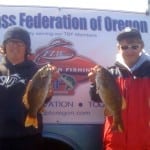 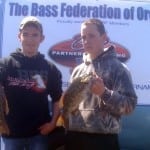 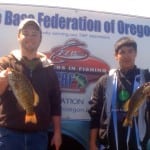