BERKLEY® GOES BACK TO SCHOOL 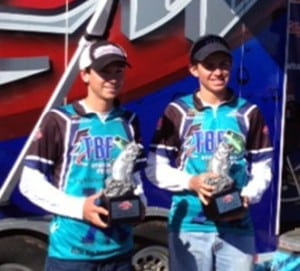 It was a very tough day for all the high school fishing state champions. A strong cold front hit the area, making the fishing extra tough on the teams.  Only 4 fish total were weighed between the 7 teams competing. But Louisiana’s State Champions from Airline High School Cameron Mattison and Chad Poulsen captured the High School Southern Conference Regional Championship and will advance to the 2014 High School National Championship to be held next spring. They managed to bring 2 fish to the scales that weighed 3 lbs 15 oz, but it was enough to win the tournament.

This was the final conference championship of the 2013 High School Fishing Season.

The five conference champions moving on to the national championship are as follows: