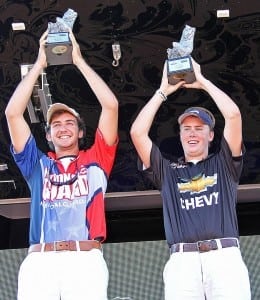 Lenz said the team used a Texas-rigged green pumpkin Senko weightless in the grass as well as a
Texas-rigged 8-inch Lake Fork ribbontail worm with a 3/16-ounce bullet weight to catch their fish Saturday.

“During practice we were flipping with a Speed Worm and today we switched to a Senko to try and draw more subtle bites because the lake,” he said. “This cold front that came through this week really put a hurtin’ on the fish, so we tried to get as many bites as we could. We knew it was going to be tough so we went ahead and switched to more sublte baits and that worked out pretty well for us.”

Lenz described his team’s strategy: “We had Dalton throwing the Senko on the bow and I was in the back flipping into grass, so we covered two different zones of water. It seemed to work out for us and we tried to capitalize on every opportunity we had.” 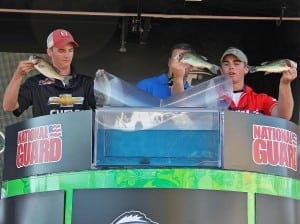 Rounding out the top five teams were:

The winning team was determined by the heaviest weight for a maximum of five bass. The winning team from each of five regional championships advances to 2012 High School Fishing National Championship for a chance to win a $10,000 scholarship ($5,000 to each team member).

FLW Outdoors is the best in fishing, on and off the water. Anglers worldwide can compete for millions over the course of 191 tournaments in 2011. FLW Outdoors has taken fishing mainstream with the world’s richest fantasy sports game, FLW Fantasy Fishing presented by Straight Talk, where competitors can play for free as well as sign up for Player’s Advantage to gain an edge. For more information about FLW Outdoors and FLW Fantasy Fishing, visit FLWOutdoors.com or FantasyFishing.com. 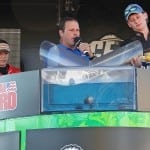 Dillon Tucker and Kophen Sudduth of AL weigh in 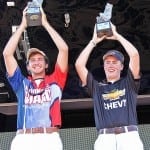 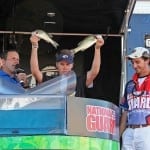 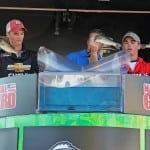