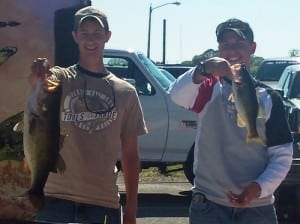 “We were casting in the grass beds around the lake and we pretty much fished that way the entire day. Our goal was to get a limit of fish first and then worry about catching any big ones after that. When we came to the scale and saw that there were only a couple of teams with limits, we were feeling pretty good,” said Lambert & Conlon.

Every team member that competed in this high school state championship was also a Certified Student Angler. Each team member completed the free online quiz that asks the angler questions about boater safety, invasive species and angler ethics. Every angler is given a completion certificate to print at the end, which they have to bring to registration. At registration, they were given a sticker to display on their boat, making them eligible for bonus contingency awards. The quiz can be found on HighSchoolFishing.org. The Contingency Awards for this event was sponsored by the Florida Fish & Wildlife Commission.

The State Champs have some advice for anyone who is interested in getting involved with high school fishing, “We are looking forward to the other opportunities that this program is creating. Just get the materials that you need to start a club and get out and get going!” For more information about how to get started with high school fishing, visit our website at www.highschoolfishing.org. 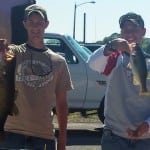 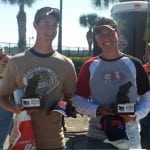 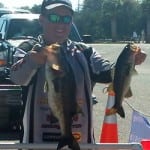