FoxNews.com Poll – Should Bass Fishing Be a Varsity Sport? 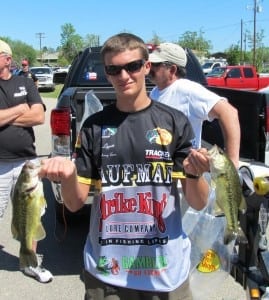 History was made on a beautiful Saturday morning at Lake Athens. The Kaufman High School Fishing Team took on the fishing team from Forney High School for the first ever high school bass tournament in Kaufman County. There were eight members of the Lions Fishing Team and eight members of Forney High School who competed. Justin Liggett of Kaufman bested the entire field by boating four fish for 4.10. Justin fished for spawning males in less than two foot of water and won the big bass award with a 1.38. Terry Peacock, who was Justin’s boat Captain was impressed with Liggett’s focus. “He didn’t have keeper until the afternoon and once he got dialed in, he made the most of the time he had left in the day. Kaufman’s Marshall White’s two fish weighing 2.22 locked down second place along with Trevor Thompson’s single bass for 1.38 was good enough for third. The Kaufman entries gave Lion Fishing Team their first Team Championship. Blake Shaw, Rusty Faries, Lane Allen, Clayton Powell, and JB Mills of the Kaufman team had a tough time with the slot limit which is 14 to 21 inches. Blake Shaw had found a good concentration of larger fish in dirtier water but all were in the slot. All of these guys bested the Athens bass only to have them returned due to the slot limit. Forney’s team filled in the top seven: Zak Laky – 4th, Ben Marcele – 5th, Dacota Dennis – 6th, Austin Brabhan – 7th

The Forney and Kaufman teams want to recognize every boat captain who helped with the tournament. Without these men, this event would not be possible. 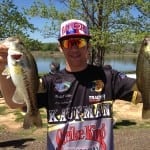 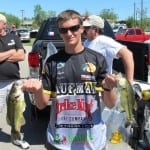 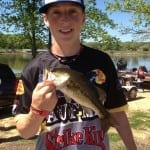