High school anglers have been grinding it out all week on Lake Dardanelle for today, for a chance, a moment in the spotlight.  The record setting week wrapped up as the top 20 high school anglers in the country and one wild card draw went head to head to crown this year’s world finals champions.  The weights were zeroed; the heaviest five bass sack would take it all.  Anglers left it all on the water for those titles, in the end, the team from South Carolina, Trevor Jeffers and Hunter Bragg came out victorious. 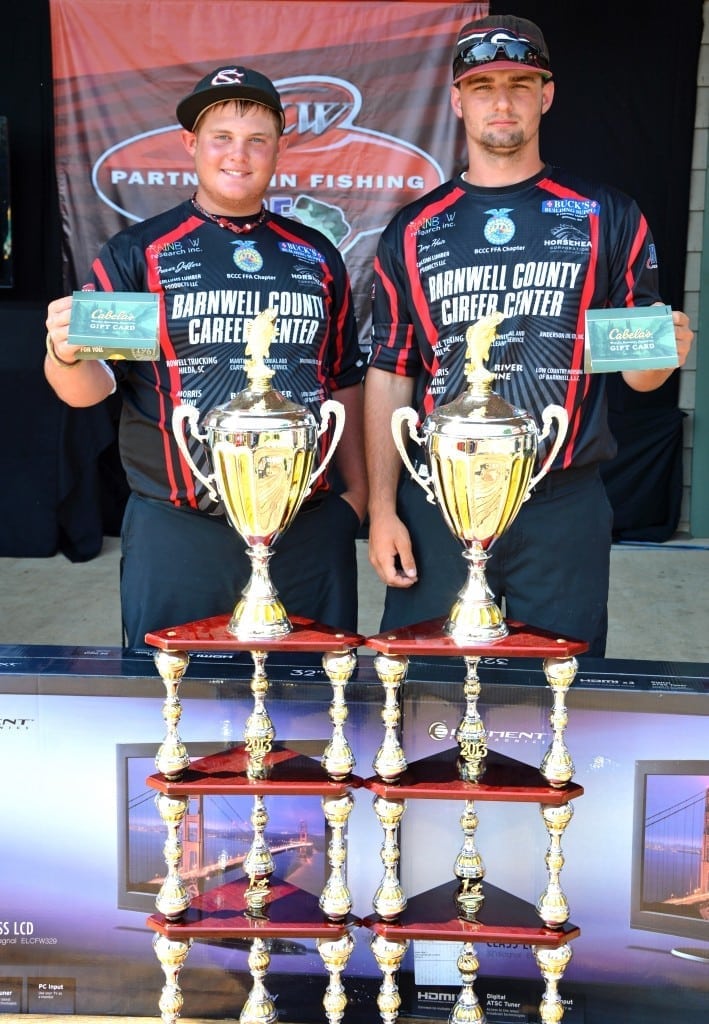 The pair will walk away with a $1,000/yr for four year scholarship each to the colleges they choose, scholarship presented by the Future Fisherman Foundation.  Or, as seniors who have just graduated, they can receive a $5,000/yr for four year scholarship to Bethel University in Kentucky.  They will also both receive a $500 Cabela’s gift card and their choice from an array of prizes like new hp laptops, Google Chromebooks, Android tablets, 32” LCD flat screen TVs and IPod touches, not to mention, those 4ft world finals trophies.

Jeffers and Bragg had a five bass limit today weighing 19lbs 11ounces to win the titles.  “We would never expect this from our first few days of fishing; but, what we did today was completely new,” the team said.  “It was more of like pre-practice out there; we went out, had fun, and didn’t try to kill ourselves.  I mean our fishing holes weren’t holding enough weight to be able to beat them, so we had to do something different & it paid off big time.” 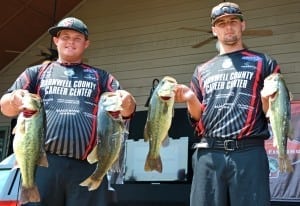 cut.  After making the finals, they decided to sit down and put something new together.  “We just rode up the river and fished frogs and lily pads all day.  We have never done it before in the three years we’ve been here.”

The team had a five bass limit by 10am and then culled four pounders all day fishing up and down one stretch of bank.  “He told me last night we are going to go big or go home, one of the two,” Bragg said.  “And I told him, this was my last year and I wanted to go all out, there was no need to hold back,” Jeffers chimed in.

Both anglers are seniors this year, so for them, the win came just in time.  “It means the world, this has been my dream.  It means a lot to go out with a bang,” Jeffers said.  “We fished really hard for these four days, not including practice days, not including the past three years we’ve been here.  Just means a lot to be able to come out here & go out winning, and never have to worry about, hey, we lost by three ounces,” Jeffers continued.  “Just to know we won; it’s the best feeling in the world & it’s something we will never forget.”

Among the top prize winners of the day were the multi-species tournament winners from Marshall County, Ky., Logan Thomas and Colton Story.  The object of the tournament was to bring the most and heaviest species of fish they could find.  They had six species of fish and were awarded a $300 Cabela’s gift card.

The second through tenth place teams all won Cabela’s gift cards and their choice of the prizes listed above.  The Bethel University $5,000/yr for four year scholarship was offered to the highest finishing senior who has already graduated, or team of graduated seniors that be the case.

This is the fourth year the beautiful Lake Dardanelle and the City of Russellville, Ark., have played host to the most prestigious event in high school fishing, the High School Fishing World Finals.  The event was presented by The Bass Federation, (TBF) and FLW, as well as, their sponsor partners.  Twenty different states and one hundred and thirty-three high school teams traveled to compete.  It was a week they’ll never forget, fishing for moments that will last forever. 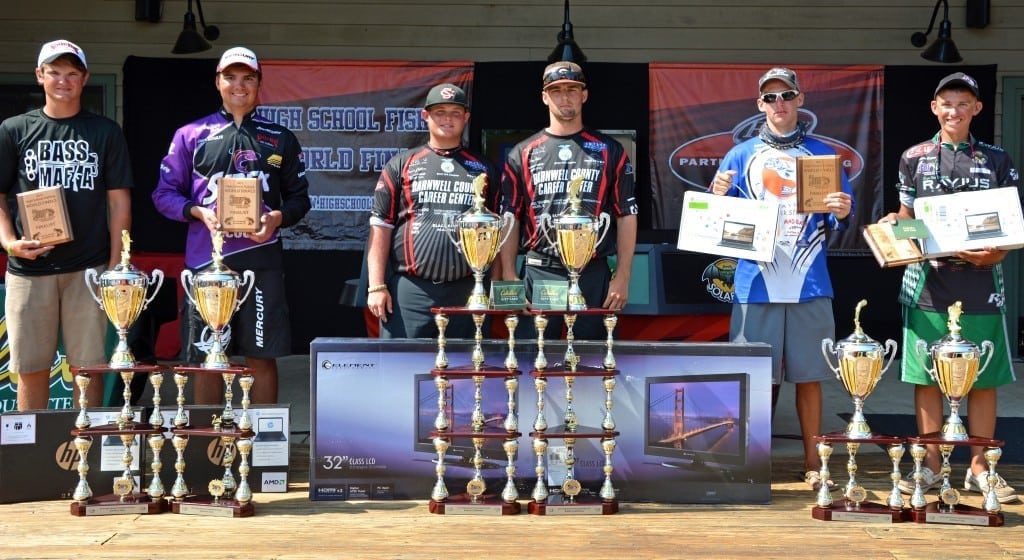