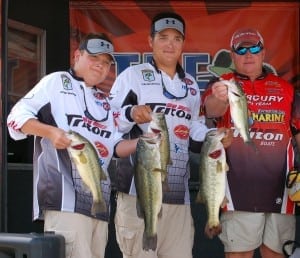 Bringing in a 5 fish limit that would have been more than the TBF Adult Central Divisional anglers brought in all three days before, the Houma, La. duo of Hunter Venable and Jude Boudreaux captured the Louisiana High School Fishing State Championship held on the Red River in the Shreveport/Bossier area last weekend.

Their 16lb sack narrowly outdistanced the second place team of Trace Burnham and Bailey Britt of Benton High School who also had a five fish limit that tipped in at a very respectable 15 lbs 9 0z to finish in the runner-up spot. Also from Benton High, rounding out the top three spots were defending Champions JP Kimbrough and Jared Rascoe who also brought in a five fish limit that weighed 11lbs 8 oz to finish third.

“We got an early start by landing a four pounder with our first fish,” stated the pair who arrived in town the day before to get one quick day of pre-fishing under their belts before the event started. “We then caught three more keepers before we made a move to a couple of different spots. Once we got our limit we headed back to our first area and we were able to cull 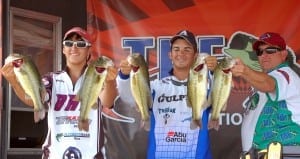 a couple of times. The difference maker was when we caught that big fish (4lbs. 9oz.) which replaced a fish that weighed a little over a pound,” added the jubilant pair, who are very excited to moving on to the regional competition that will take place this fall in a yet to be announced location.

A black and blue Pac-a-Craw fooled the kicker fish that powered the team to its first High School Tournament win.

“We were just happy to get to come fish in this event,” stated the pair. “Being able to win and advance on is just great!”

Twenty-nine teams participated in this year’s event, which is almost double in size over the previous year’s inaugural event. All the student anglers also got the opportunity to cross the TBF’s mobile weigh-in trailers stage and full staff treatment as this year’s High School Event followed a very successful Central Divisional Championship event that took place during the week on the mighty Red River. 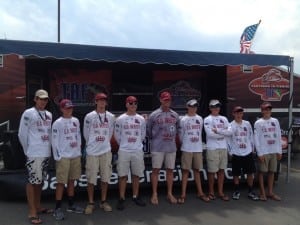 One of our newest clubs in the state of Louisiana, Edward Douglas White Catholic High of Thibodaux in south Louisiana brought 5 teams to the state event. Club Leader, David Constant said they plan on taking a few teams to the 2012 High School Fishing World Finals next month. We hope to see all teams from this championship there!

A special thanks for this event goes out to Charles Hogg, Louisiana Bass Federation Youth Director, for running this state championship as the tournament director, Red River South Marina for allowing us to use their great facilities, and all the volunteers, boat captains and parents who were a part of making this event be a success. 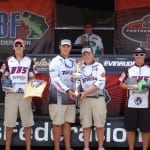 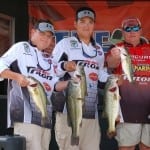 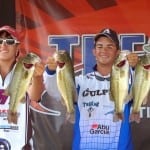 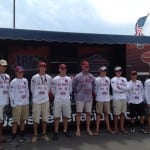