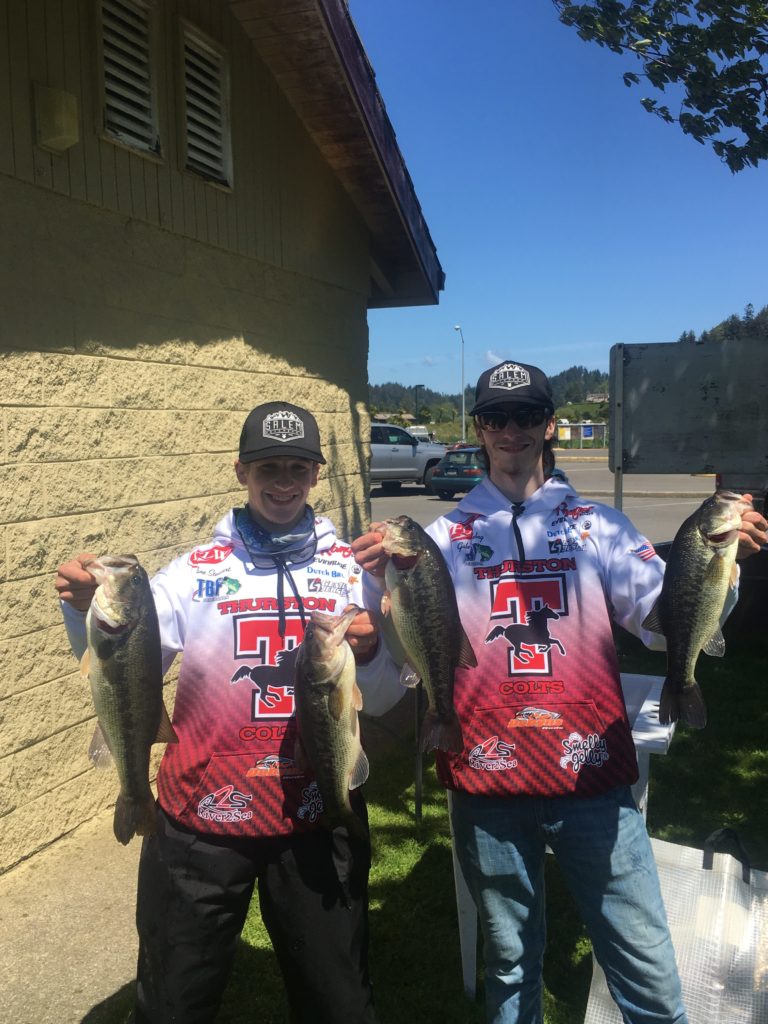 Fishing was good around the lake with lots of spawning fish biting in shallow water. Each of the teams said that they threw lots of different lures to catch bass and most teams were productive throwing some sort of soft plastic bait.

In second, was the McMinnville High School Grizzlies pair of Caden Slaughter and Kevin Sullivan with 13.61 pounds of largemouth bass. Third place team was from Banks High School in Banks, Ore.  Lane Olsen and Cole Hansen had a limit weighing 12.39 pounds. The final team bringing fish to the scales was Randy Ellis and Andrew Joffill from Corvallis High School with 7.74 pounds.  Thank you to all of the competitors, volunteers and team captains that helped us out during the event.