NOTES:
The Georgia state championship is a two-person (team) event for students in grades 9-12. Registration for anglers and their coach, who will provide the boat they compete in, is online at HighSchoolFishing.org. Takeoff will be in the morning, at first safe light and weigh-in will be held at 3 p.m. Both takeoff and weigh-in are free and open to the public. For more information about this event contact the TBF National Youth Director Mark Gintert at (580) 716-4251 or (330) 993-0014.

A preliminary list of schools participating will not be available as teams can still register up until the morning of the event.

ABOUT THE BASS FEDERATION
The Bass Federation Inc., (TBF) is owned by those we serve and dedicated to the sport of fishing. TBF is the largest and oldest, organized grassroots fishing organization. TBF affiliated state federations and their member clubs conduct more than 20,000 fishing, youth and conservation events at the local level each year and have provided a foundation for the entire bass fishing 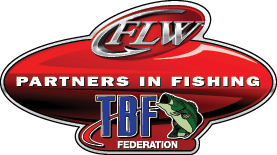 ABOUT FLW
FLW is the industry’s premier tournament-fishing organization, providing anglers of all skill levels the opportunity to compete for millions in prize money nationwide in 2014 over the course of 229 tournaments across five tournament circuits, four of which provide an avenue to the sport’s richest payday and most coveted championship trophy – the Forrest Wood Cup. FLW tournament fishing can be seen on the Emmy-nominated “FLW” television show and is broadcast to more than 564 million households worldwide, making it the most widely distributed weekly outdoors-sports television show in the world. For more information about FLW visit FLWOutdoors.com and look for FLW on Twitter, Facebook, Pinterest, Instagram and YouTube.