Griffin White and Kyle Vericella put together an impressive five fish limit of 22lbs 6oz to capture the 2016 Florida High School State Championship on Lake Toho Sunday at the Kissimmee City Park Complex. The duo topped the 60 boat field to ensure a trip to the South East Conference Championship at Lake Cumberland, Kentucky in September. 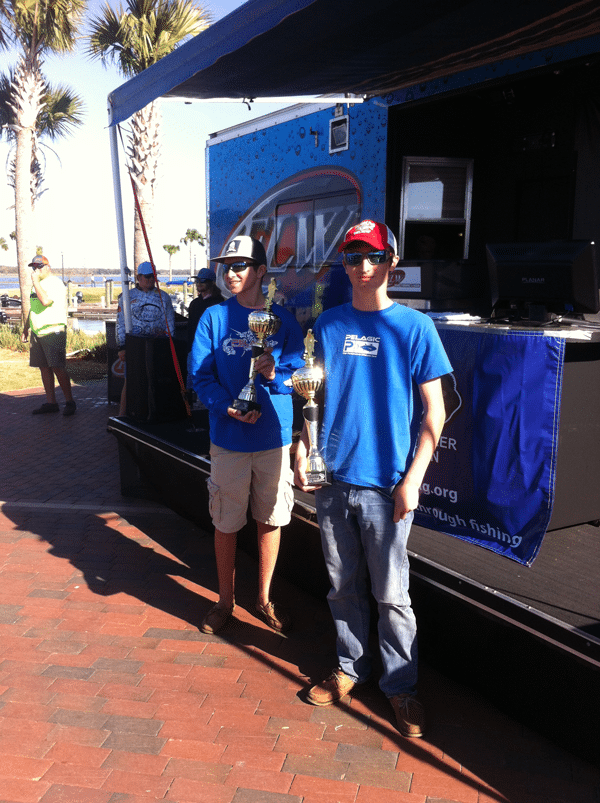 The pair of sophomores who hail from Florida’s east coast used the combination of punching dirty Jigs topped with Carolina Craw trailers were thrown through the weed mats to catch the majority of their fish. The smiling pair did not have a fish in the box at 12:30pm.  Then, they found the bulk of their fish in one location as the Florida Sun burnt off 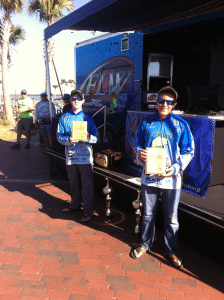 the morning chill and brought the fish to the edge of the weed lines.
Finishing second was Ian Riff end Jacob Prosser form the Seminole Junior Angler Team who also had an impressive limit that tipped in at 18lbs 20z to claim the runner-up spot as well as a birth to the fall Conference Championship in the Blue Grass state. The pair also had the day’s biggest bass with an 8lb 5oz beauty to claim the Lew’s big Bass Award.

Blake Mardant and Dawson Wilesof St Johns High School nailed down a third place finish with a limit that weighed15lb 12 oz. They join Chandler Mills and Daniel Cheung also from St. Johns with a 11lb 11oz limit who finished fourth as the top 10% of the field advanced on to the Conference Championship.
Rounding out the six team field were Beau Zuppinger and Liam O’Neil of Eagle High School and Stephen Soileau and Logan Parisciani from the Osceloa Anglers bass team who placed 5th and 6th respectively.
This year’s event followed a BFL Gator Division Tournament, which had 176 adult teams of boaters and co-anglers on the central Florida Chain of lakes the day before. 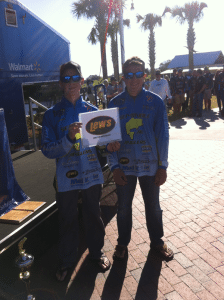 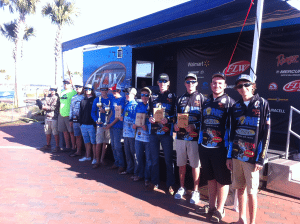 Special thanks goes out to the Visit Kissimme Tourism group, the FLW BFL staff who offered support staff and the crew at Big Toho Marina.
The TBF/FLW High School Championship Series continues its road trip across the country with the Murray State Open on Kentucky Lake and the Georgia State Championship at Clarks Hill next weekend.