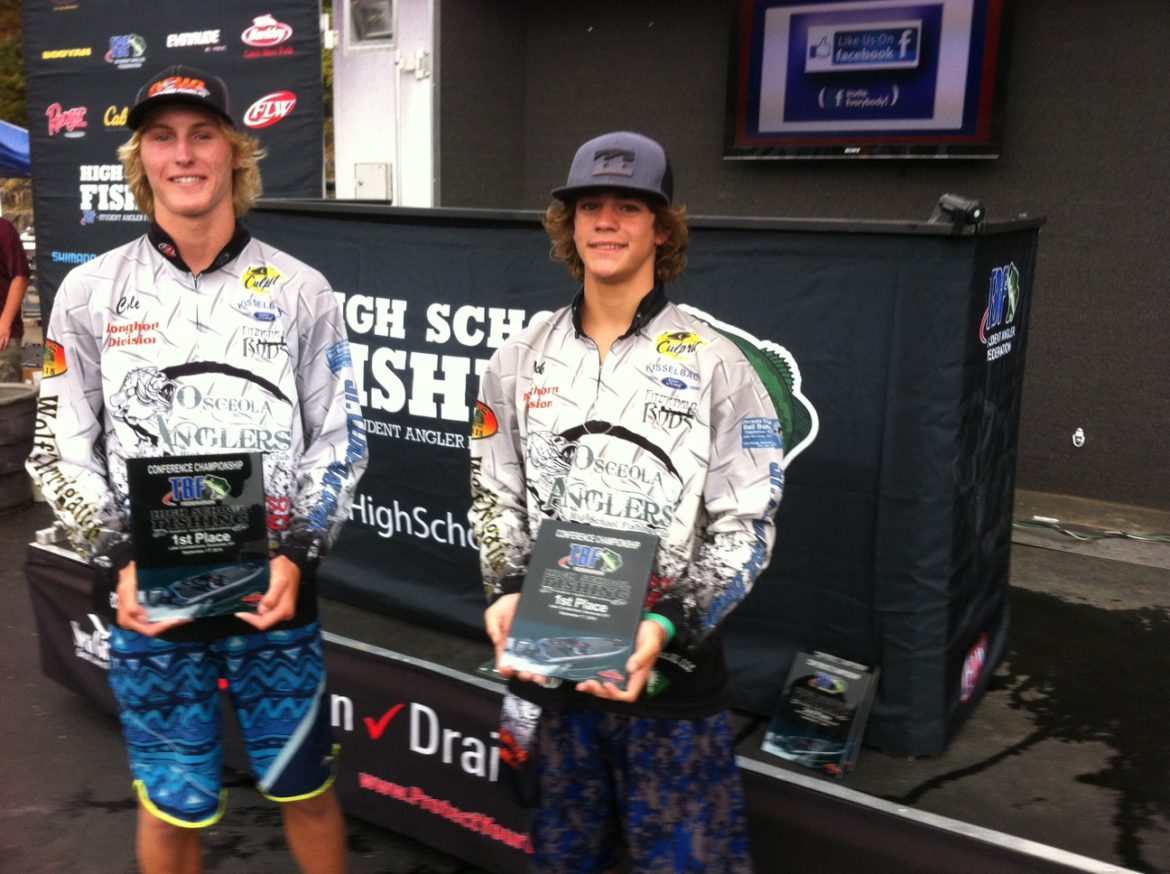 Fifty-seven teams from eight states that make up the TBF/FLW Southeast Conference Regional qualified for the event in Burnside Island State park in Somerset, Ky., where 100 miles of lake and 1,400 miles of scenic shoreline awaited.

Traveling all the way from central Florida, Cole Thompson and Nick Cora, made one of the longest trips to beautiful Lake Cumberland and south central Kentucky. But the pair made the trip worth their while catching a five bass limit weighing 14 pounds 6 ounces to win the Southeast Conference Regional Championship and punch their ticket to the 2017 High School National Championship.

“We came up here on Tuesday to pre-fish and Friday we finally put together a pattern we thought was our best bet to catch some decent fish,” Thompson stated.  Thompson is a junior this year at Harmony High School in the Kissimmee/ St. Cloud area of central Florida. . “After making some long runs in practice to the other end of the lake we decided to go up the South Fork River on Friday and thankfully we found these fish.”

“We used a green pumpkin jig with a Zoom Chunk trailer to catch almost all of our fish today,” Cora who is also a junior this year stated. “On Friday we found that on some of these bluff walls there would be a shelf of riprap about 15 to 20 feet down that formed a bit of a reef and that is where our fish seemed to be holding.  This lake is so much deeper and very different than anything that we have in Florida,” Cora continued.  “Add that to the fact that we don’t have many smallmouths in our state and that makes this a pretty special win.” 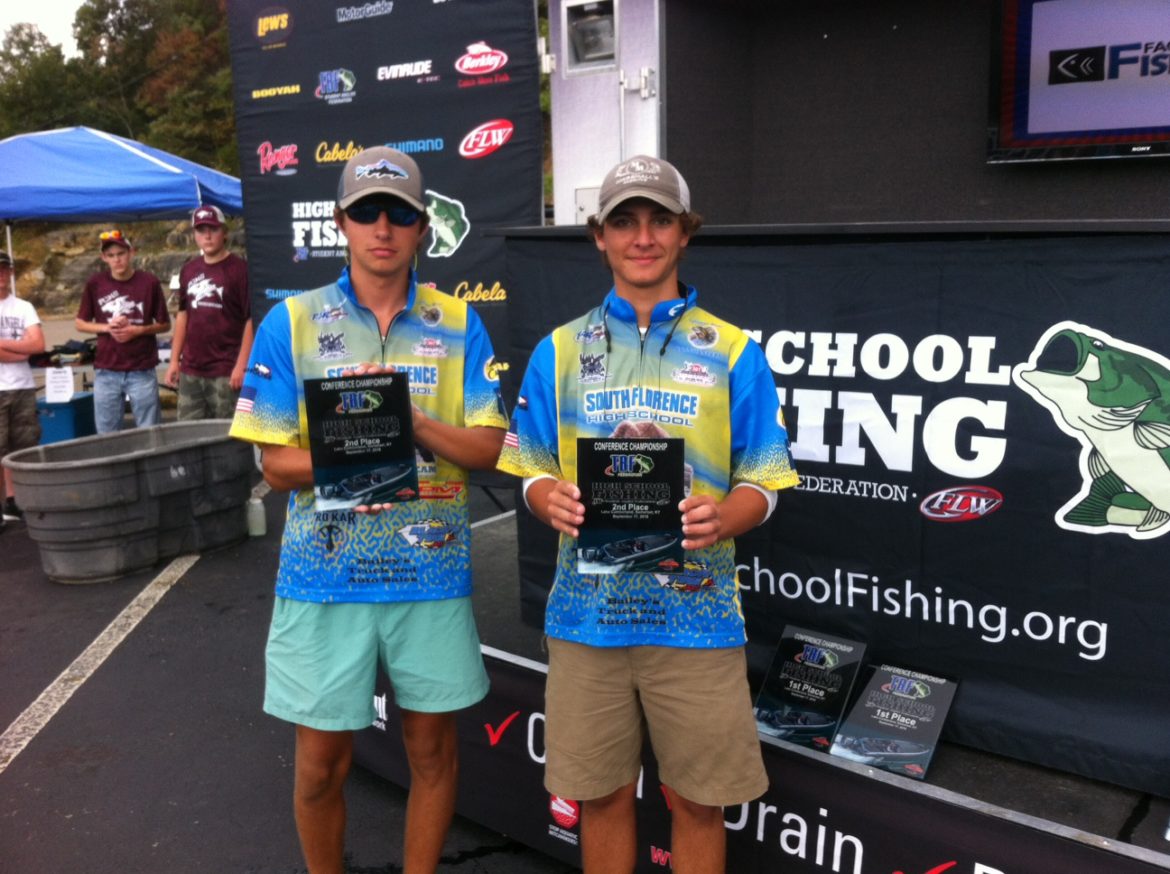 Coming in second with an impressive limit of their own was the team of Cole Drummond and Piercen Lynch from South Carolina’s South Florence Bruin Bass Team. They had a limit of bass that weighed 11 pounds 4 ounces to claim the runner-up spot, in addition to a trip to the National Championship next spring. In third, was the Tennessee team of Daniel Chesire and Steven Mills from Creek Wood High School. They were one short of a five fish limit but they made them all count weighing 10 pounds 2 ounces, including a 4 pound 9 ounce beauty that claimed the big bass award and propelled them to a National Championship qualifying spot.

Fourth place went to the Kentucky team of Noah Metzger and Marcus Davis from Corbin High School. They had a limit that tipped the scales at 9 pounds 6 ounces to claim their qualifying spot.

Special thanks go out to the Somerset Tourism group and Ms. Leslie Ikerd, The Burnside Island State Park staff, as well as, the Burnside Fire Department. Also, thanks to the Pulaski High School Bass team who provided the teams with shuttle service to and from their vehicles and assisted with the event fish care. 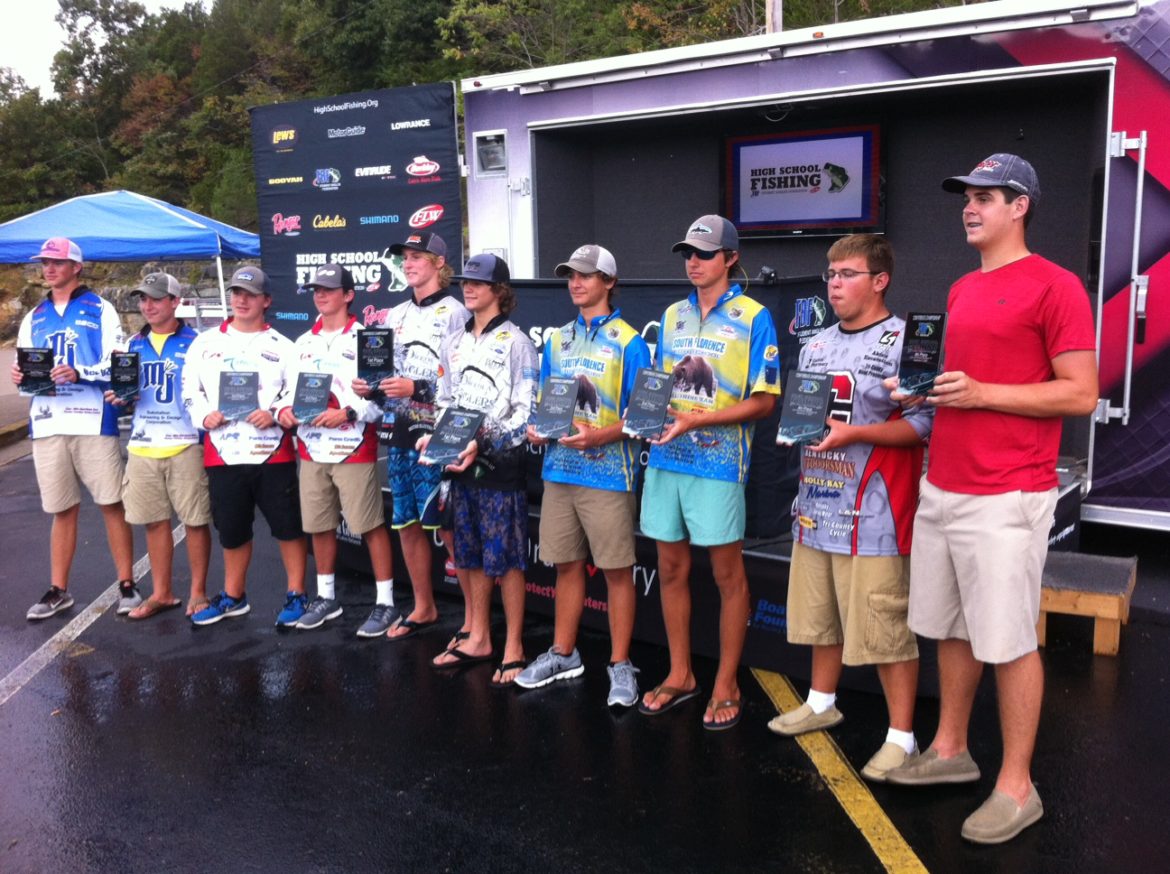