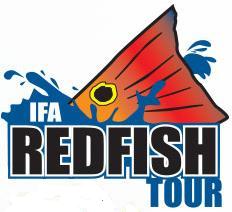 Eight College teams and two area High Schools participated in the IFA College/High School Red Fish tournament in Punta Gorda Florida. The weather conditions and wily Red Fish proved to be quite a challenge for the 10 teams as no one was able to bring a slot limit Red to the scales in the second event offered by the IFA and SAF.

With a stiff 25 mph NE wind and unfavorable tides blowing most of the water out of Charlotte Harbor teams found themselves scrambling to get into the shallow pockets and then trying to get out before the tide left them stranded with low water conditions. Saturday’s IFA Pro Tournament had the same issues with only 25% of the 100 boat field weighing in fish for the day.

All ten interscholastic teams reported catching fish that included good reports of Snook which are a terrific game fish in their own right, but finding Red’s in the 18” to 27” slot proved to be a mystery for the teams.

The IFA treated all of the participating teams with a great selection of merchandise as they continue with their mission of working with the Student Angler Federation to build the saltwater side of High School and College Fishing.

Special thanks goes out to IFA Tournament Director Eric Shelby and his staff for once again putting on a great show for these up and coming teams.