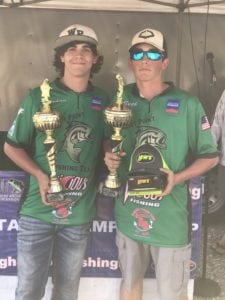 A large crowd cheered as 40 high school fishing teams took to the scales at Aberdeen Marina in Aberdeen, Ms., April 1. Seth Edwards and Jordan Camp of the West Point High School Fishing Team would come out on top with four bass weighing 10.86 pounds to be crowned 2017 Mississippi High School Fishing State Champions.  The pair also took the Lew’s Big Bass Award with a 6.94 pound lunker and were awarded Lew’s merchandise.

There was a eat crowd for weigh-in to watch the field of 40 boats bring their fish to the scales.

The top four teams will advance to the National Event to be held this summer in conjunction with the High School World Finals in Florence, Alabama.

Thank you to the City of Aberdeen for all you do for the MS SAF Fishing Teams. 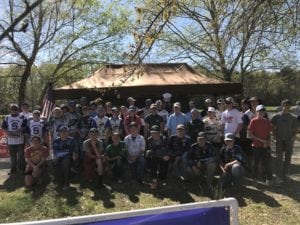