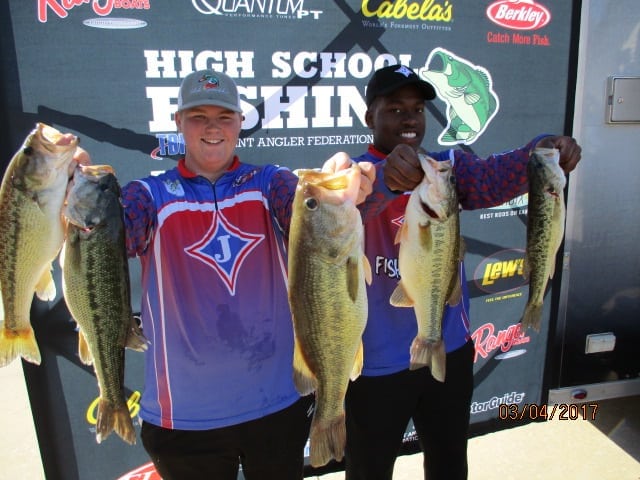 The Jefferson Dragons Bass Fishing Team of Eli Corbett & Colby Wood took home trophies and prizes at the GICAA Northern Regional March 4 on Lake Lanier.  The pair caught a limit of bass that tipped the scales at 15.05 pounds to take titles by just over two pounds.  Corbett and Wood, along with 12 other teams from this event, will also advance to the GICAA State Championship March 18 on Lake Oconee.

Corbett and Wood also received the Big Bass Award and a large soft-sided tackle bag for catching the biggest bass of the tournament, a hefty 6.04 pound largemouth.  In addition, they earned a matching set of rods and reels. 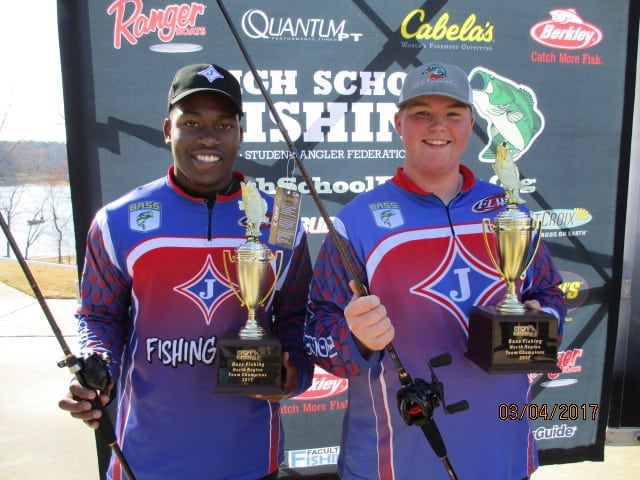 In second place, was the team of Brooks Anderson and Will Cain of the Mount Bethel Christian Academy Eagles.  They finished with 12.15 pounds.  They also received the GICAA School Award for the event.

Rounding out the top three, were Tyler Garrett & Maddux Walters from Creekview High School with a limit weighing 11.08 pounds. 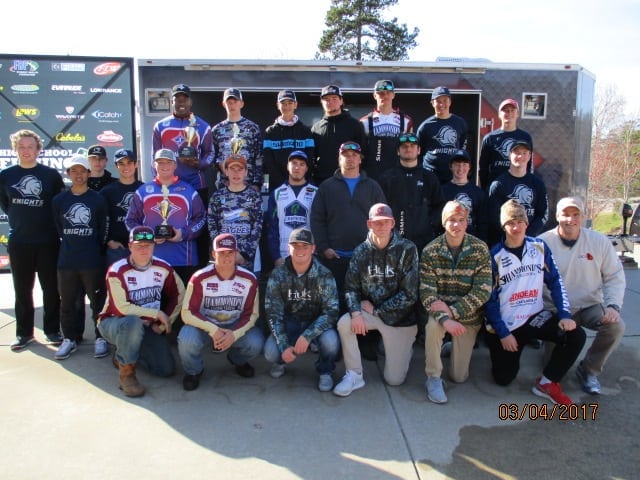 There were prizes and tackle for the top seven teams and the top 12 teams qualified to advance.  Most anglers caught their fish on Shaky Heads in 5-12 feet of water and most teams were fishing around docks and submerged brush around the docks.  Other teams reportedly caught their fish on flukes, crankbaits, spinnerbaits and worms.