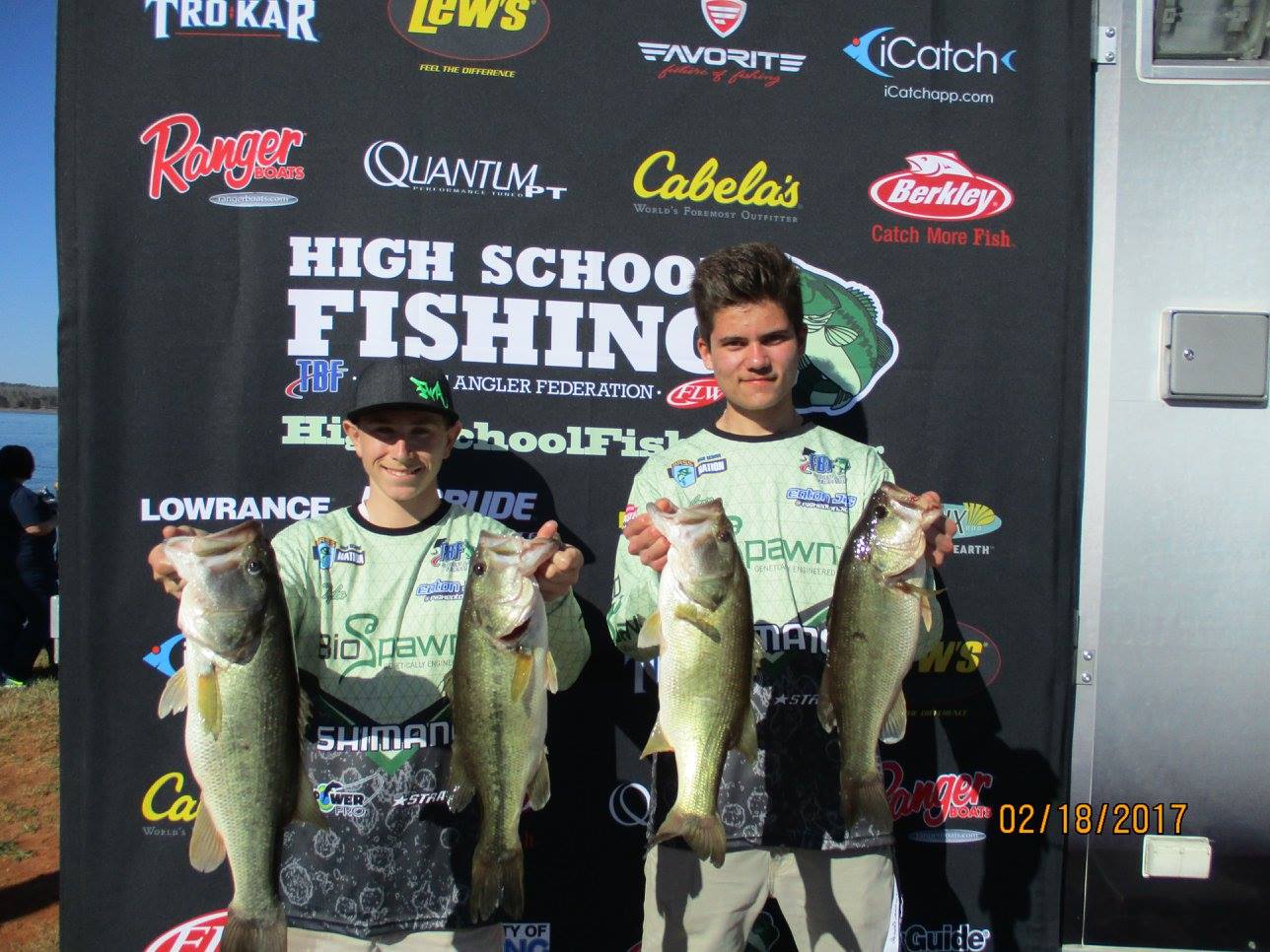 It was a beautiful day on Lake Hartwell with temperatures reaching the mid-70’s.  Anglers caught fish on several kinds of baits in both deep and shallow water. But, it was the team of Tyler Christy and Scott Springer that bested the 67 boat field to win the Cabela’s Lake Hartwell Early Bird Open and advance to the national event. 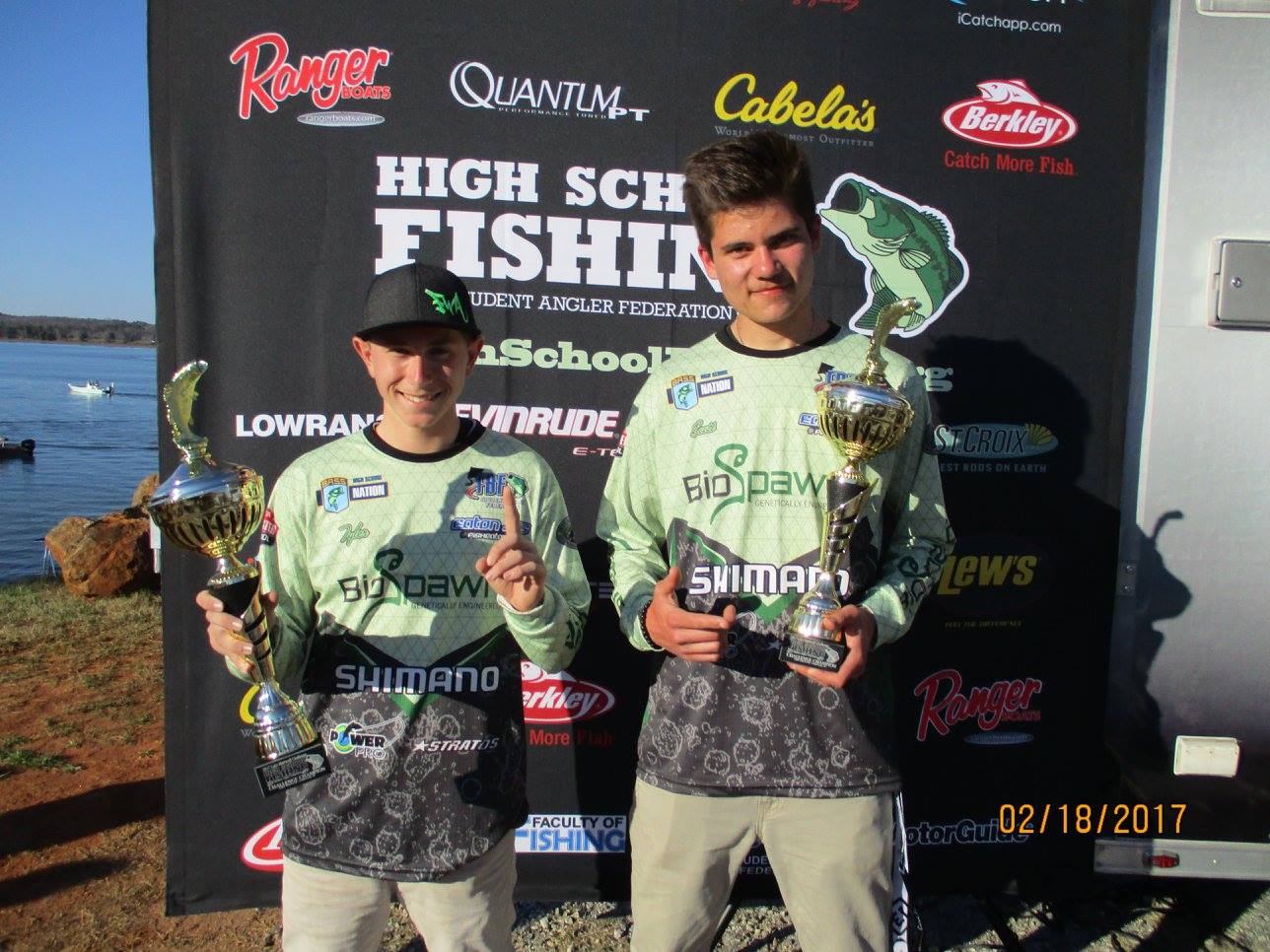 Christy and Springer brought a limit of bass to the scales weighing 18.01 pounds early in the weigh in and set back to watch as no one would catch them.  Their catch also included the biggest bass of the day, a hefty 5 pound largemouth, which earned them the Lew’s Big Bass Award and two Lew’s reels.  Christy and Springer will lead a six team contingent to the 2017 High School National Championship to be held on Pickwick in June. 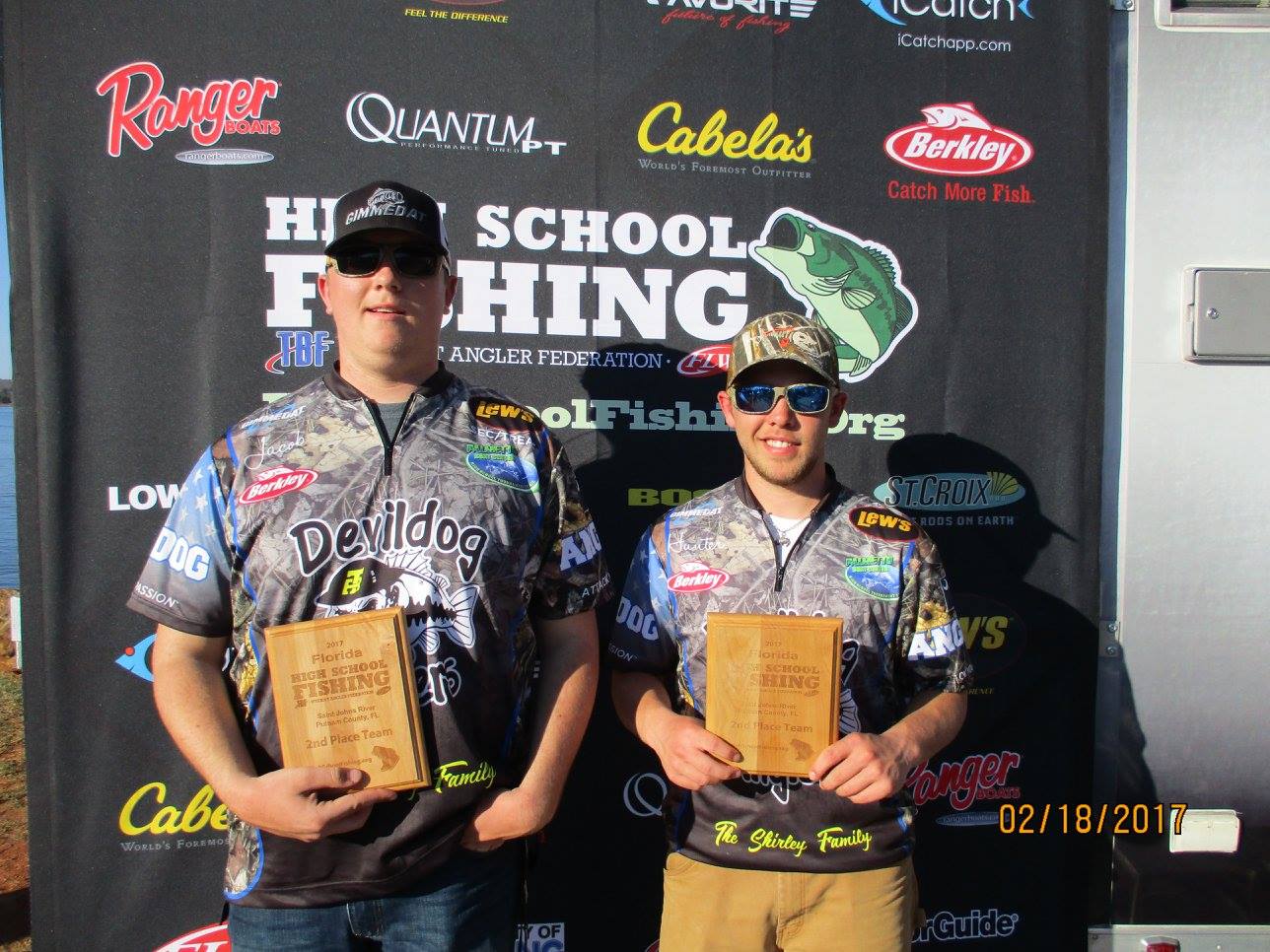 In second place, was the Devildog team of Jacob Smith and Hunter Harrison with 13.11 pounds.  In a tie for third and just a pound behind, were Cole and Karston Hopson from the Rivers Academy Elite Anglers and Chase Stroud and Coby Davis of the Palmetto Bass Anglers.  The Hopson’s won the tie-breaker, which was decided by the earliest registered team. 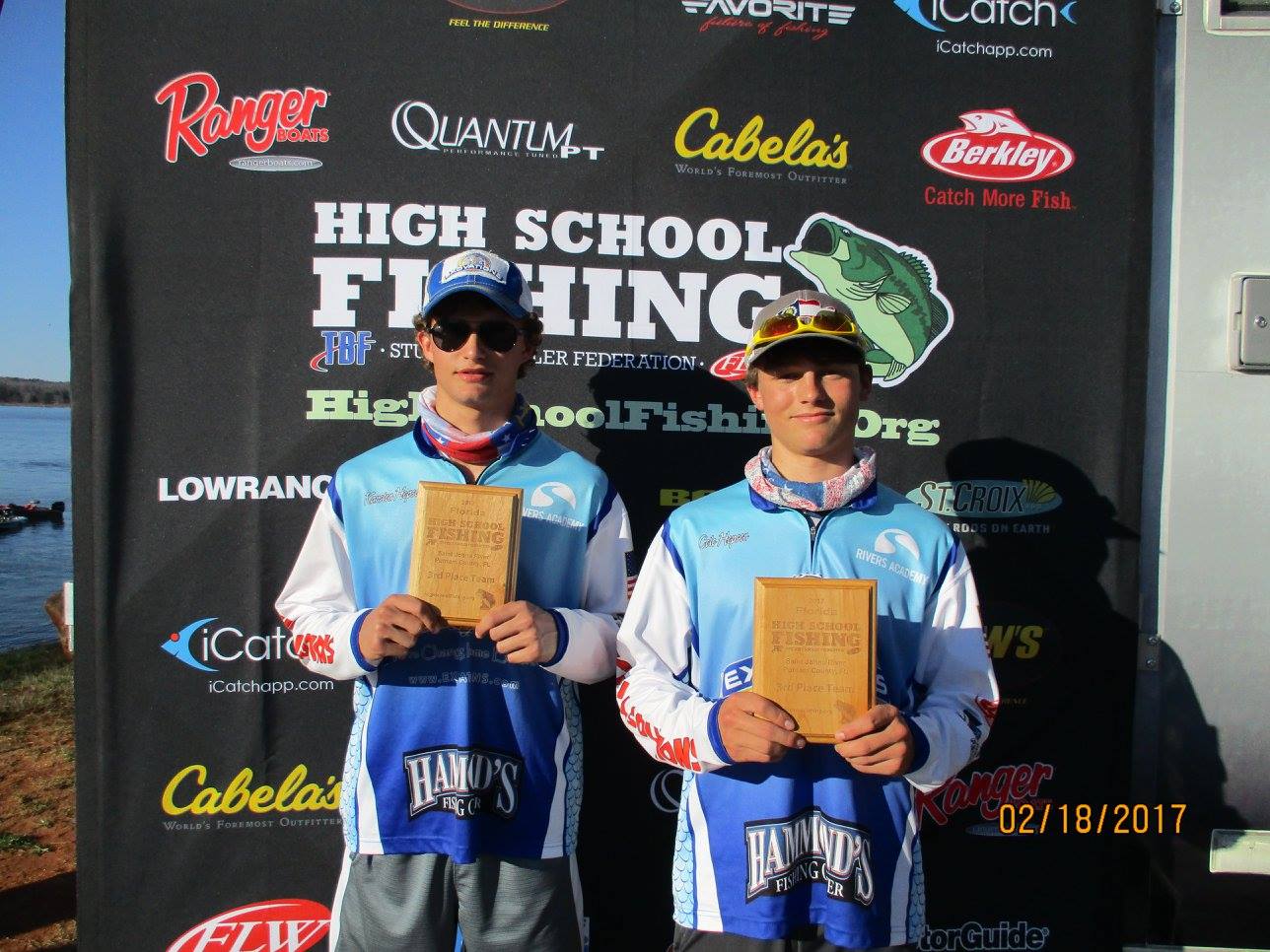 Fifth place went to Hunter McKee and Wyatt Long from the Backwoods Bass Boys with a nice 12.04 pound bag.  The sixth and last team to make the cut was Tanner Barr and Landon Gramling of the Gilbert Bass Anglers with 10.11 pounds.

Anglers were catching fish as deep as 45 ft and as shallow as 5 ft, pitching around docs, rocky banks and fallen timber.  Several different baits were used like drop shot rigs, Alabama rigs, square bill crankbaits, flukes, jigs and swimbaits.  There were 19 limits caught with 341.08 pounds weighed in, and no penalties for dead fish.  Thanks to all the sponsors and volunteers who made this event such a huge success. 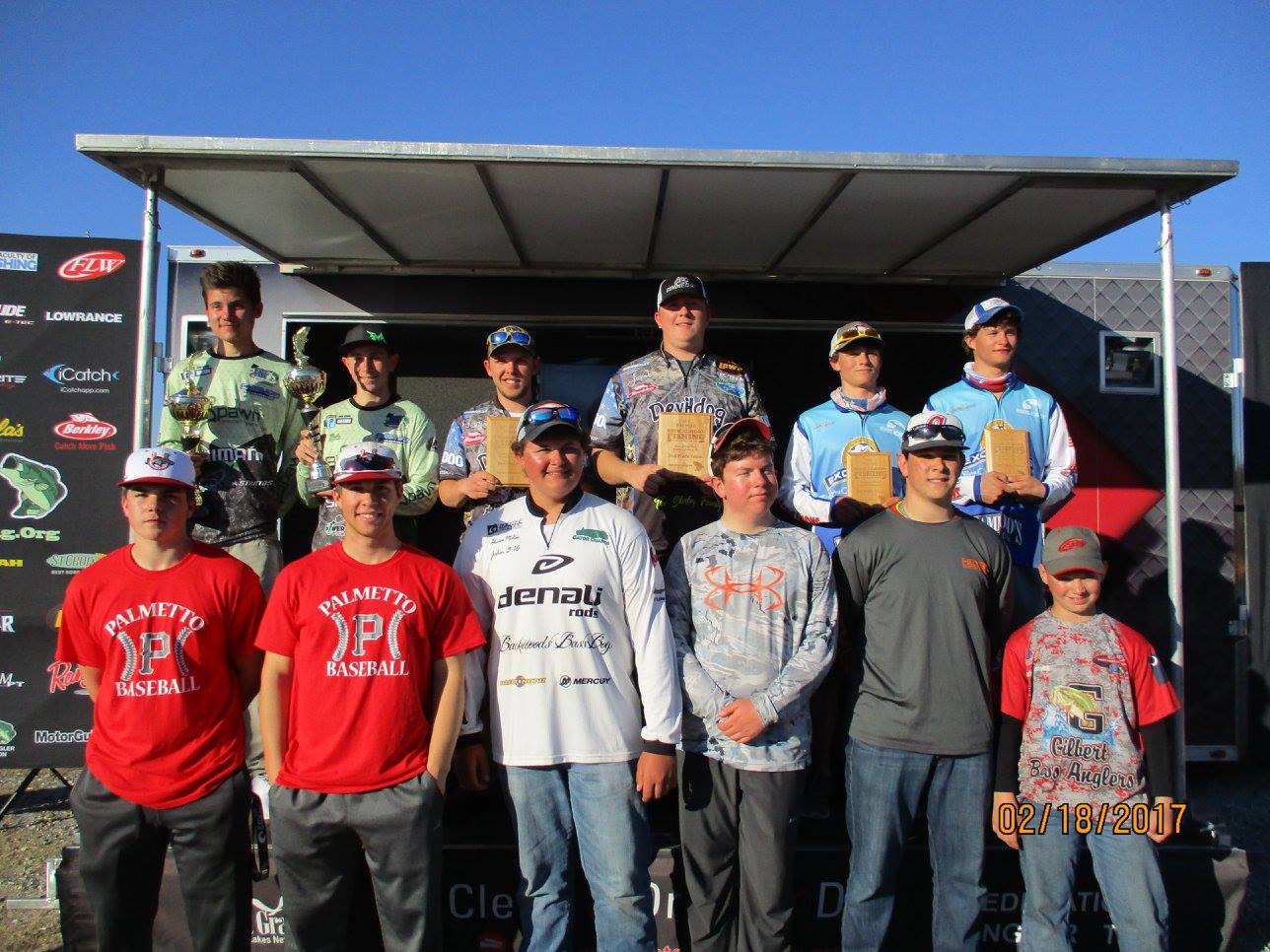