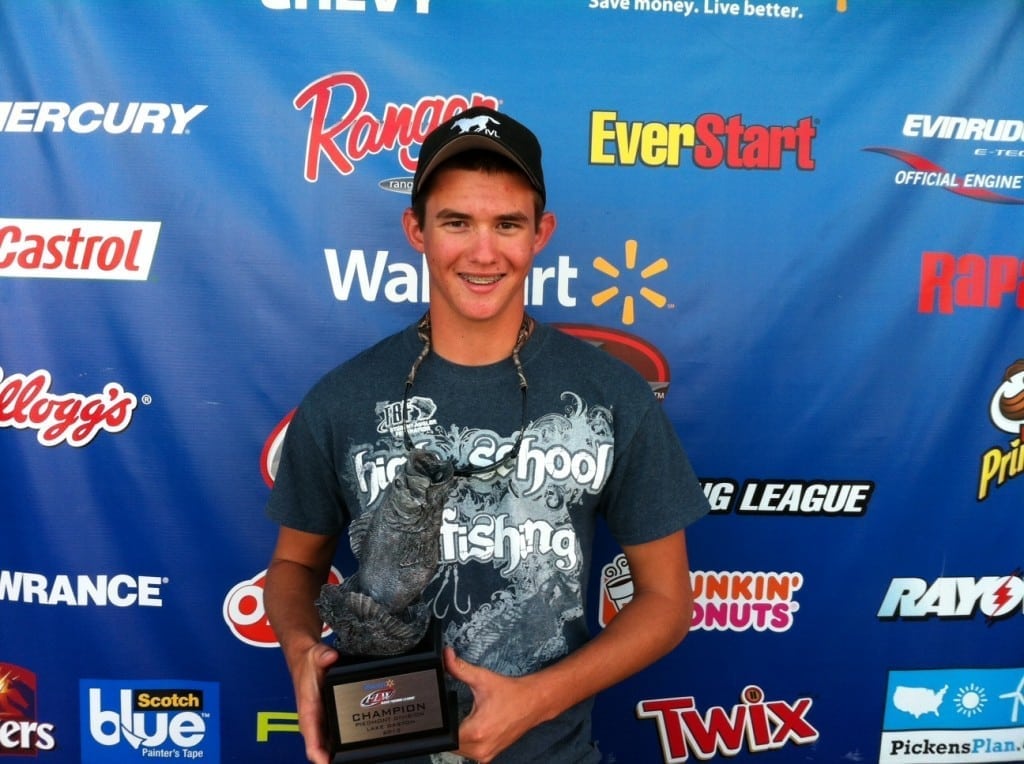 A trick of the calendar put Thanksgiving and Christmas closer together than usual this year, but that seems appropriate to Kristopher Queen. In fact, as far as he’s concerned, Santa Claus has already visited and left him with plenty of reasons to be thankful.

In only his first year of competition, the 17-year-old angler from Catawba, N.C., placed 12th in the co-angler division of the Walmart Bass Fishing League’s Piedmont Division. Then, in October, Queen earned a berth in the 2014 BFL All-American by placing sixth in the co-angler standings at the Lake Hartwell Regional. He collected $400 there, which, when added to the $2,539 he got for winning a BFL Super Tournament on Lake Gaston in September, amounted to a fairly profitable rookie season. 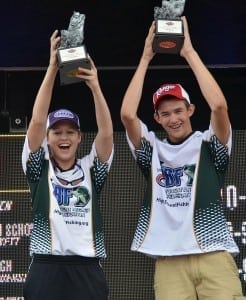 These days, Queen has his mind more on schoolwork and rabbit hunting, but the thought that he will be one of the youngest anglers to ever fish an All-American – either in the front or the back of a boat – has made a favorable impression. He also knows such fishing exploits run in the family. He grew up fishing the Yadkin River chain of lakes, usually in the company of his grandfather, Carroll, or father, Jeff. They’re Tar Heel tournament veterans and, according to Kristopher, taught him how to fish. One thing that they didn’t teach him is how to qualify for the BFL All-American. He did that all on his own, and became the first member of the Queen family to reach the Walmart BFL’s championship event.

Like his older sister Chelsey, Kristopher was awarded a fishing scholarship to Bethel University in McKenzie, Tenn., and will join her there beginning next year. It doesn’t hurt that the school is just down the road from Paris Landing on Kentucky Lake, however, and Kristopher will have plenty of opportunities to sharpen his fishing skills as a member of the Bethel University Bass Fishing Club. 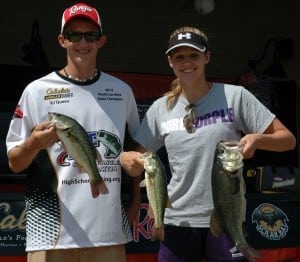 For Chelsey, fishing has become more of a means than an end. Thanks to the full scholarship she received from Bethel, she’s working on a nursing major at the school, which was founded by the Cumberland Presbyterian Church. She wants to become a missionary nurse. Likewise, Kristopher plans to major in medicine, though he isn’t completely sure about his career course yet. And in the back of his 17-year-old mind, there’s always the thought of going pro.

“I’d love to be a bass pro, but that’s a long way off and just something to think about right now,” Queen says. “I don’t expect that fishing will always be as good to me as it was this year.”

No doubt Queen’s assessment is accurate, yet even his understanding that every pro’s career is filled with good years and bad somehow add to his qualifications to be one.

Kristopher Queen in a nutshell

• Hates: fishing with a Carolina rig

• Biggest bass: 6 pounds, caught from Kentucky Lake on a frog (“When we took my sister to Bethel.”)