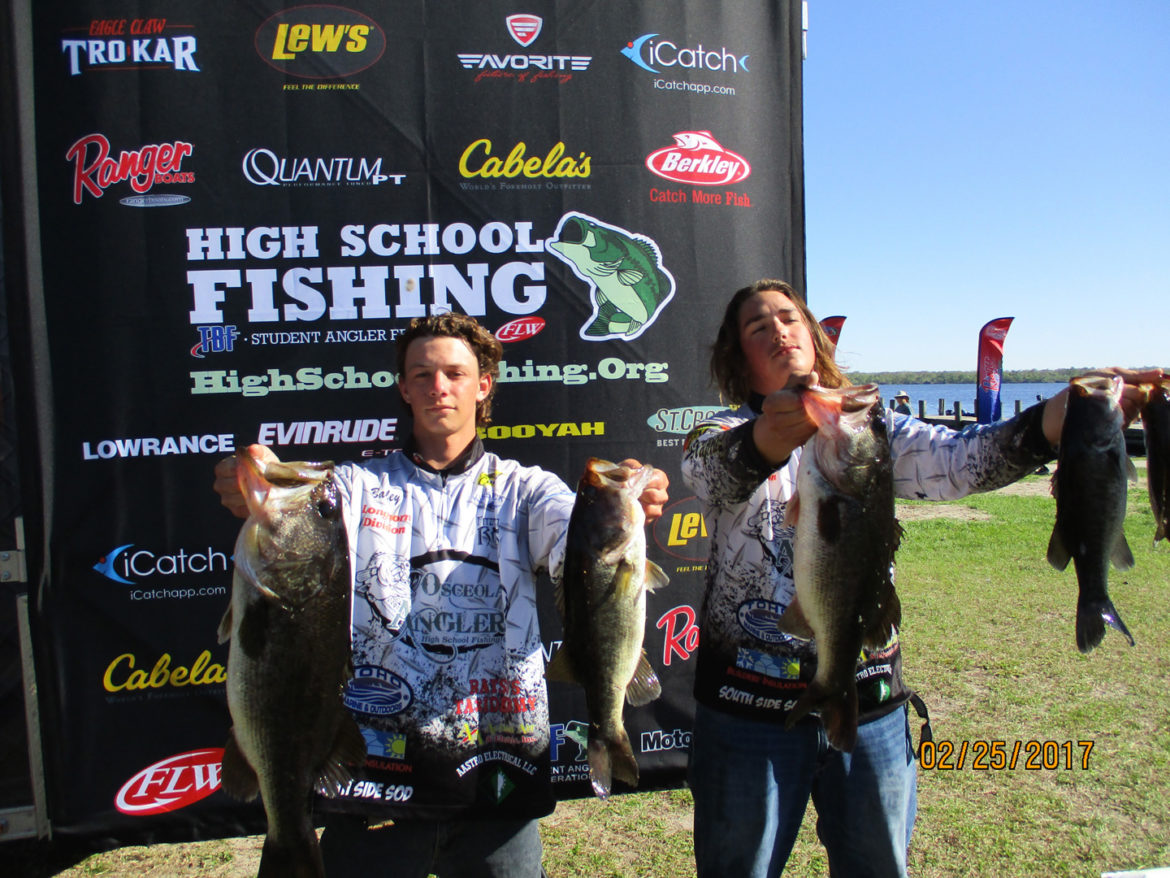 Osceola anglers, Bailey Chisholm and Cole DePuy, caught 17.05 pounds to top the field on Sunday on the St.John River in Putnam County, Fl.  Teams traveled from across the state to battle it out for the championship titles and the five national qualifying spots.

Most anglers were fishing in 3-6 foot of water while others were sight fishing.  The popular baits included Senkos, trick worms, chatterbaits and jerkbaits.  In total, there were 21 limits weighed for a total of 323.06 pounds. 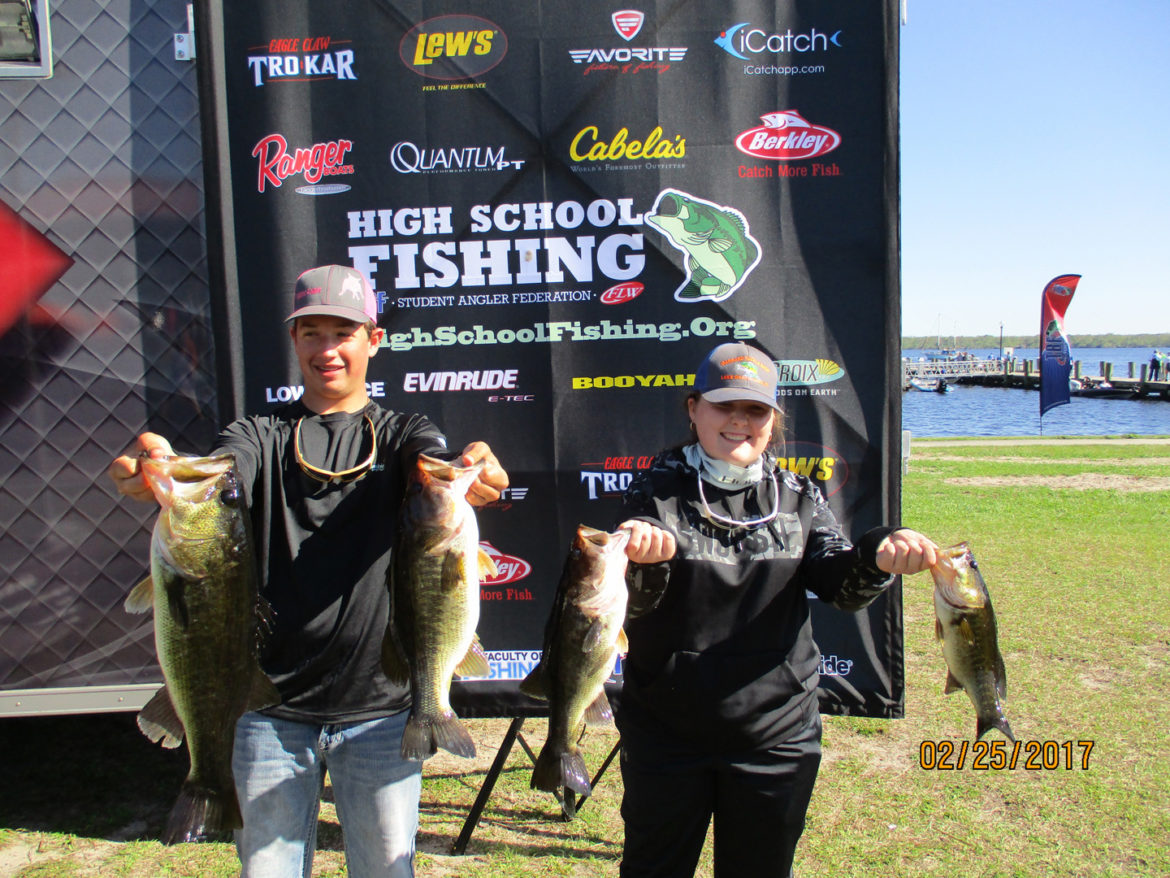 Rounding out the top five qualifiers to advance to the High School National Championship were the teams of James Brooks and Matthew Sorrells with 15.03 pounds and Fisher Omans and Steven Steinard with 14.15 pounds. 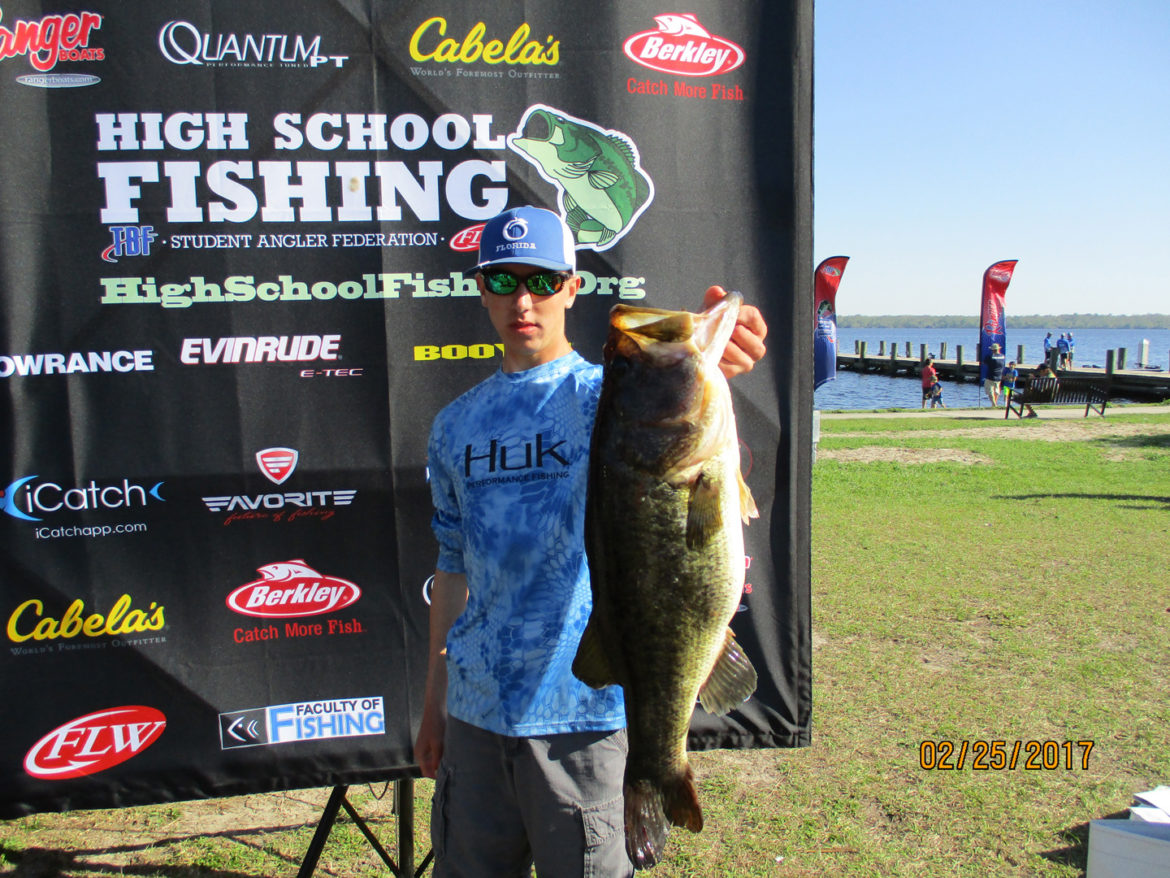 The Lew’s Big Bass of the event went to Coy and Madison Givens with an 8.14 pound giant.  Both anglers received new Lew’s reels for their huge catch. Next week, anglers set out to qualify through the GICAA Regional events on Lake Sinclair and Lake Lanier, as well as, the FLW/TBF South Carolina OPEN on Lake Murray. 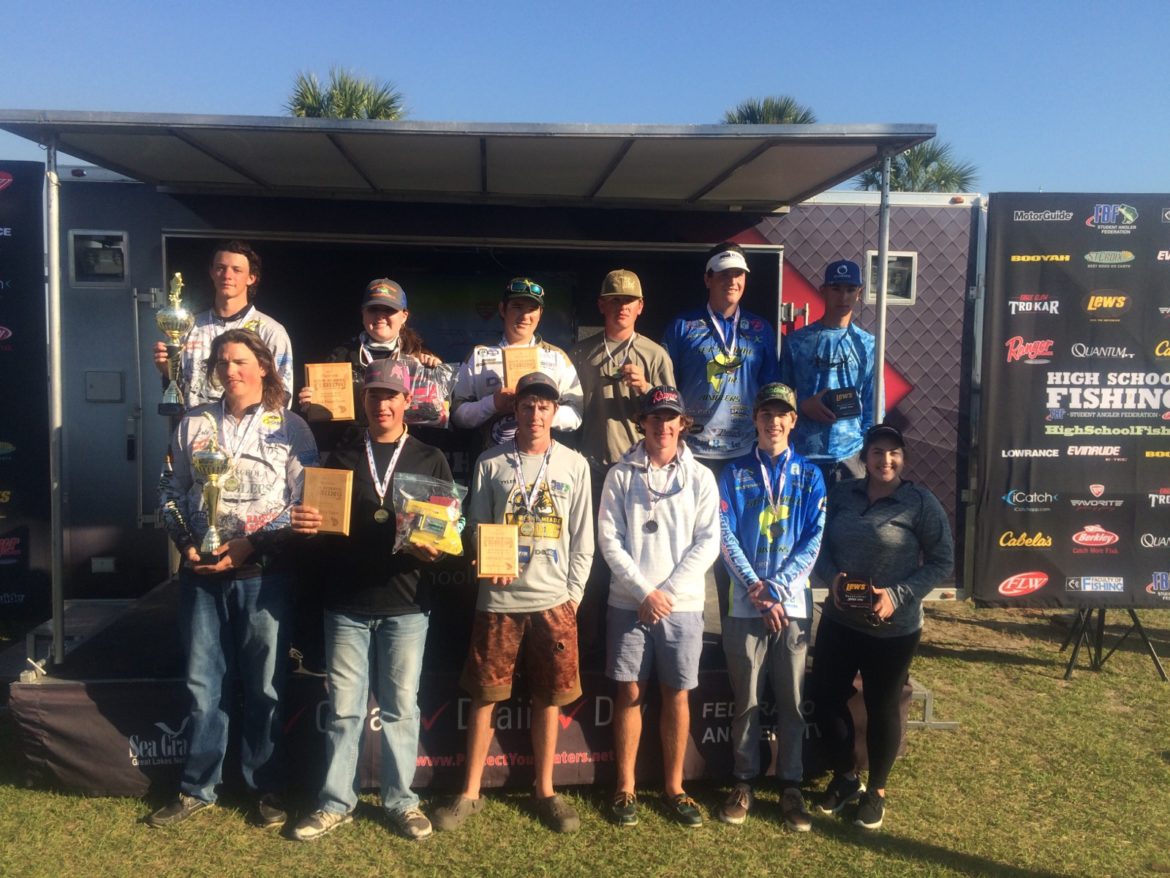