Shimano Invites YOU to a Bowling Party! Are going to be in Tulsa, Oklahoma on Friday, March 4?

CHECKOUT THE WINNERS ON THE WATER FISH CATCHING VIDEO FOOTAGE!  LINK BELOW !

Zack Roberts and Chase Botts from the Chesnee Eagle Fishing club were the first anglers to weigh-in at Green Pond Landing in Anderson, S.C. on Sunday. The smiling pair posted a five fish limit weighing 17lbs, which was enough to lead wire to wire for the win on Lake Hartwell. Their winning bag was anchored by a 4lb 5oz beauty; not quite enough to win the Lew’s Big Bass award, but certainly enough to propel the team to victory. 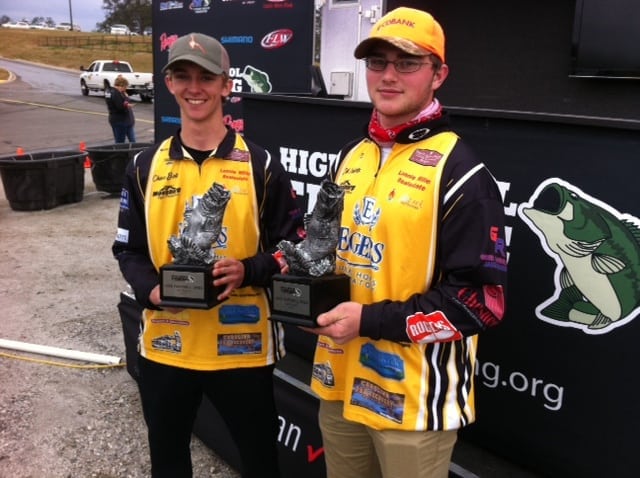 “I threw a Berkley #7 Bad Shad almost all day,” Botts, who is a junior at Chesnee, said. “I slow-rolled it over the rocks to catch most of my fish.”

Roberts, who is a senior this year, used an Alabama Rig, which he also slow-rolled most of the day to catch his fish. “I think we caught seven largemouths and nine or ten stripers, which just kept us hoping.”

When asked what the key to their success was against 78 boats hailing from four states they simultaneously said, “staying focused on the fish we found.”

The duo will lead the second and third place teams from this event that also advance to the South Eastern Conference Regional Championship September 17 on Lake Cumberland in Somerset, Ky.

Hunter Harrison and Oakley Connor from the Travelers Rest Devil Dog Anglers had a five fish limit weighing 13lbs 13oz to punch their ticket to the fall event that will host the State Champions and National Open qualifiers from the SAF’s largest conference. The Travelers Rest teams have been on a roll in the first two events of the season. Jacob Smith and Daniel Clark from Traveler’s Rest won the Florida Open in January and now Harrison and Connor claimed the runner-up spot to advance. 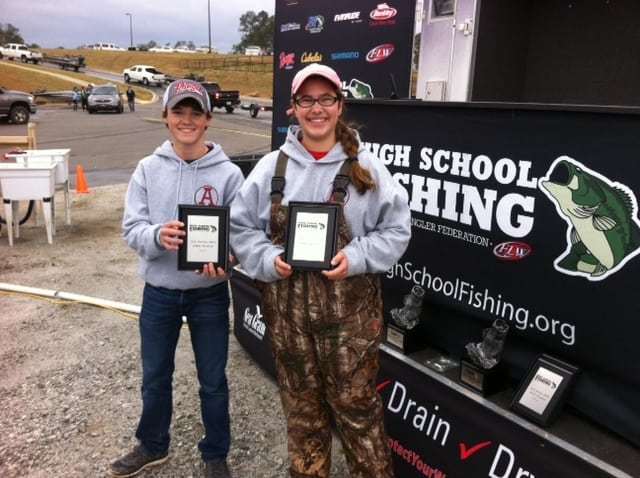 Daelyn Whaley and Drake Boyd from the Abbeville Panthers Fishing team grabbed the third and final qualifying spot with four fish weighing 12lbs 3oz. Whaley will be making her second trip to the Fall Conference event but with a new partner in Boyd who replaced a graduated, Carter McNeil.

Rounding out the top five were Cy Casey and Tanner Hadden from Greenbrier High School with a limit that tipped in at 11lb 8oz and Hunter McKee and Ryan Zayonce from the Backwoods Bass team in North Carolina with 11lb 2oz. 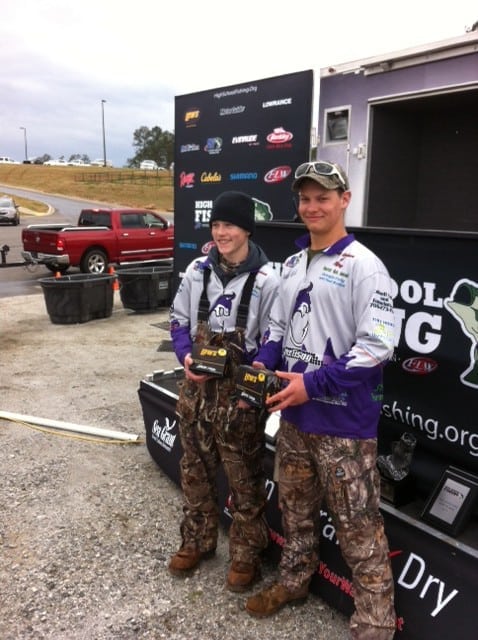 Finishing just out of the top five were Grant Leford and Issac Colwell from the Gilmer Fishing team who claimed the Lew’s Big Bass award with a 5lb 9oz beauty to win two Speed Spool reels provided by Lew’s.

The Visit Anderson CVB, under the direction of Neil Paul, once again set up a terrific event while Cabela’s hosted an exciting evening registration for the anglers, coaches and families at their facility in Greenville. 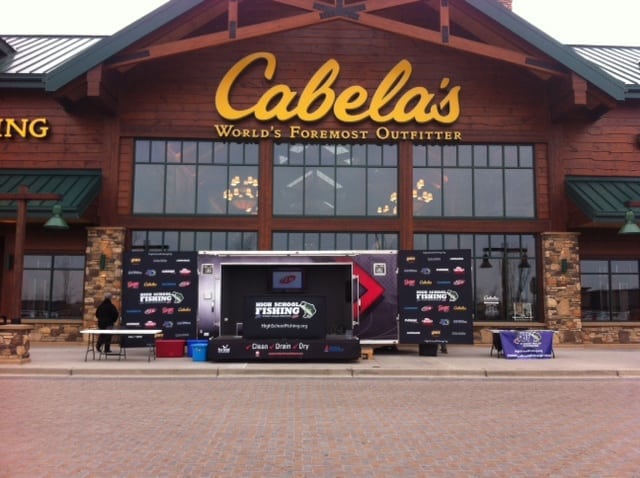