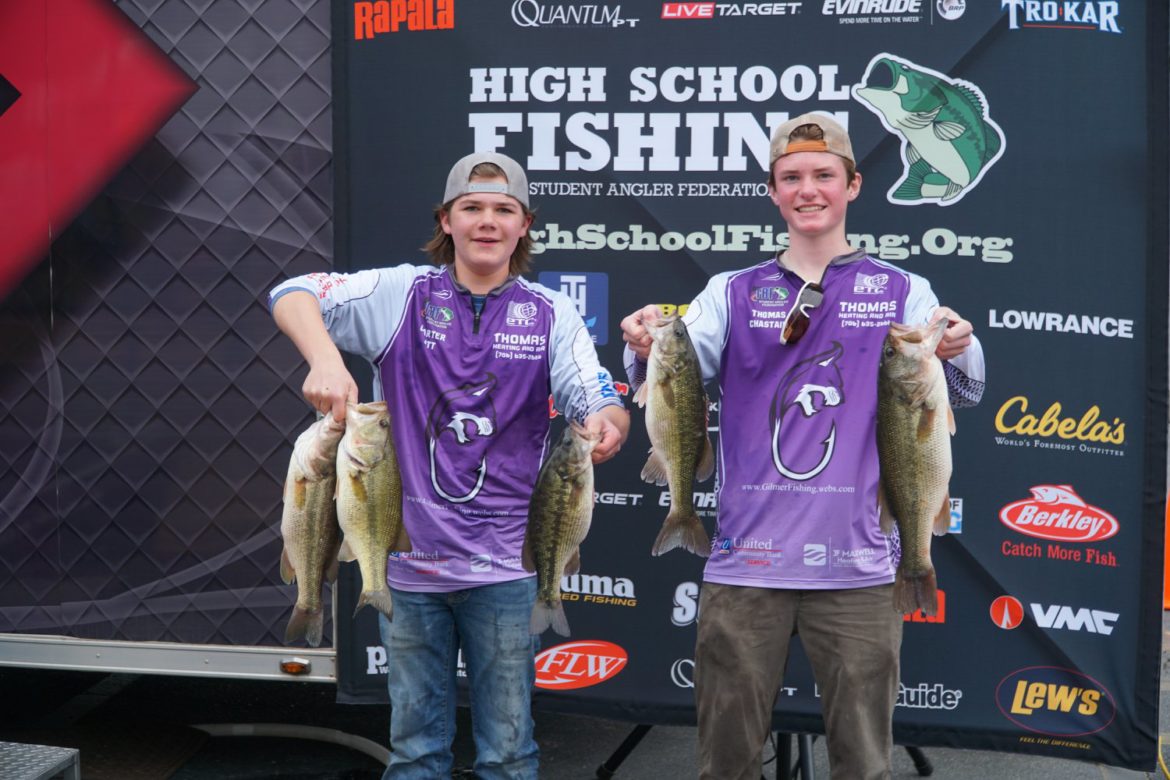 Thomas Chastain & Carter Ott, of the Gilmer Fishing Club, made the best of the early spring conditions at West Point Lake this weekend in LaGrange, Georgia.  As outside temps climbed into the upper 60’s, water temps were still in the mid-winter numbers.  With recent rains in the area, water conditions were quite muddy and finding clear water to fish was a challenge.  However, Chastain & Ott managed to catch a limit of fish that weighed 15.05 pounds to win the SAF Georgia High School State Championship. 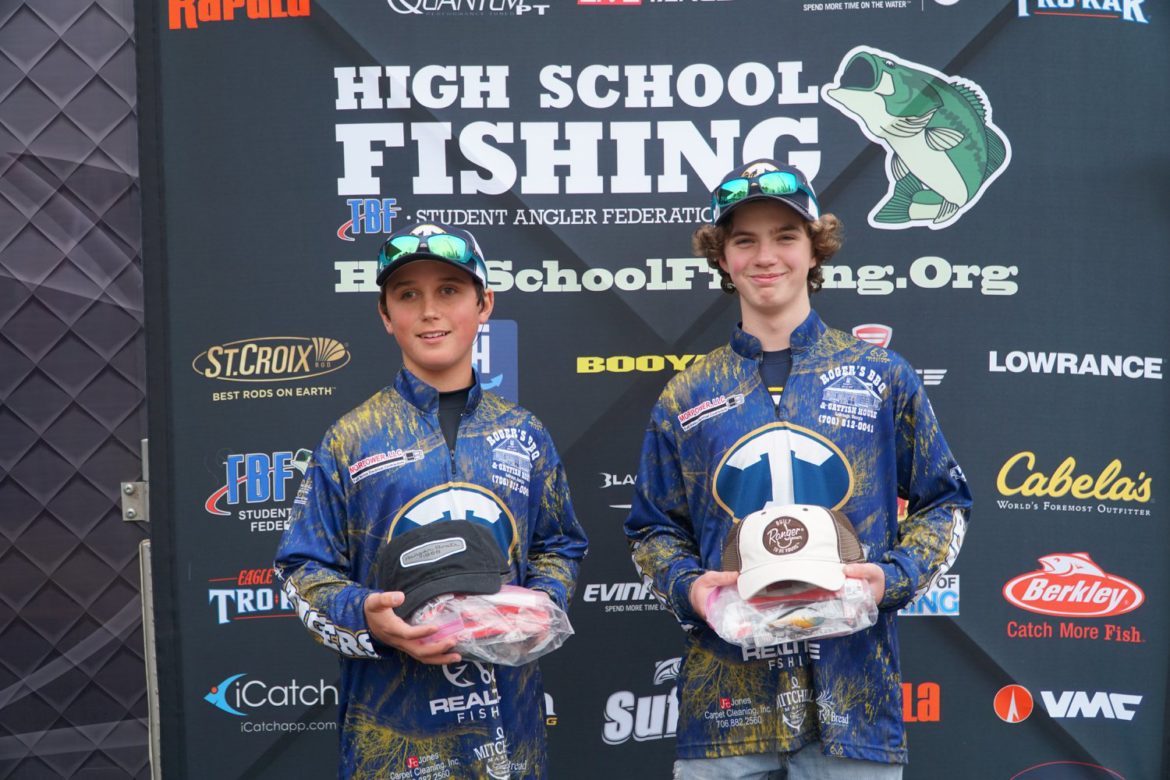 Second place and Big Bass honors went to Drake Reeves & Trayton Gay, from Troup High School.  Their limit weighed in at 14.15 pounds and their limit was anchored by the biggest bass of the tournament, a nice 6.03 lunker largemouth. 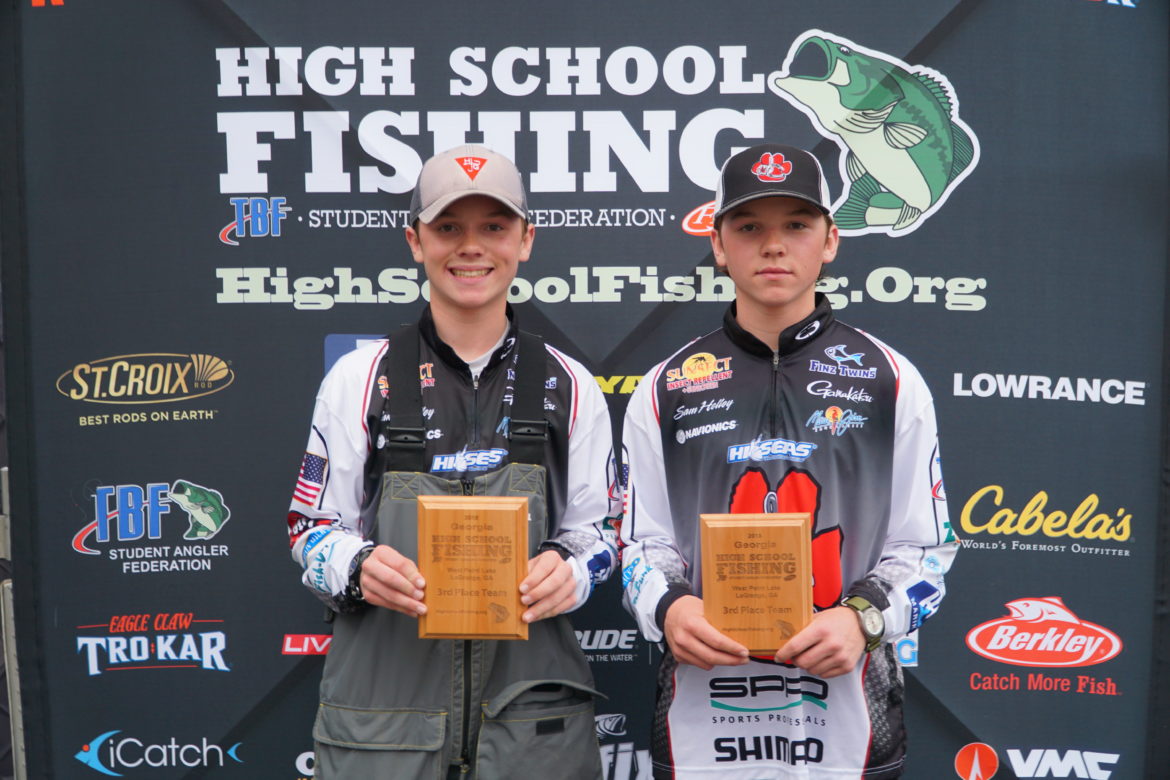 Rounding out the top three was the Holley Team of Sam & Jake from JCCHS Fishing Club.  Their bag of fish weighed 14.09 pounds. 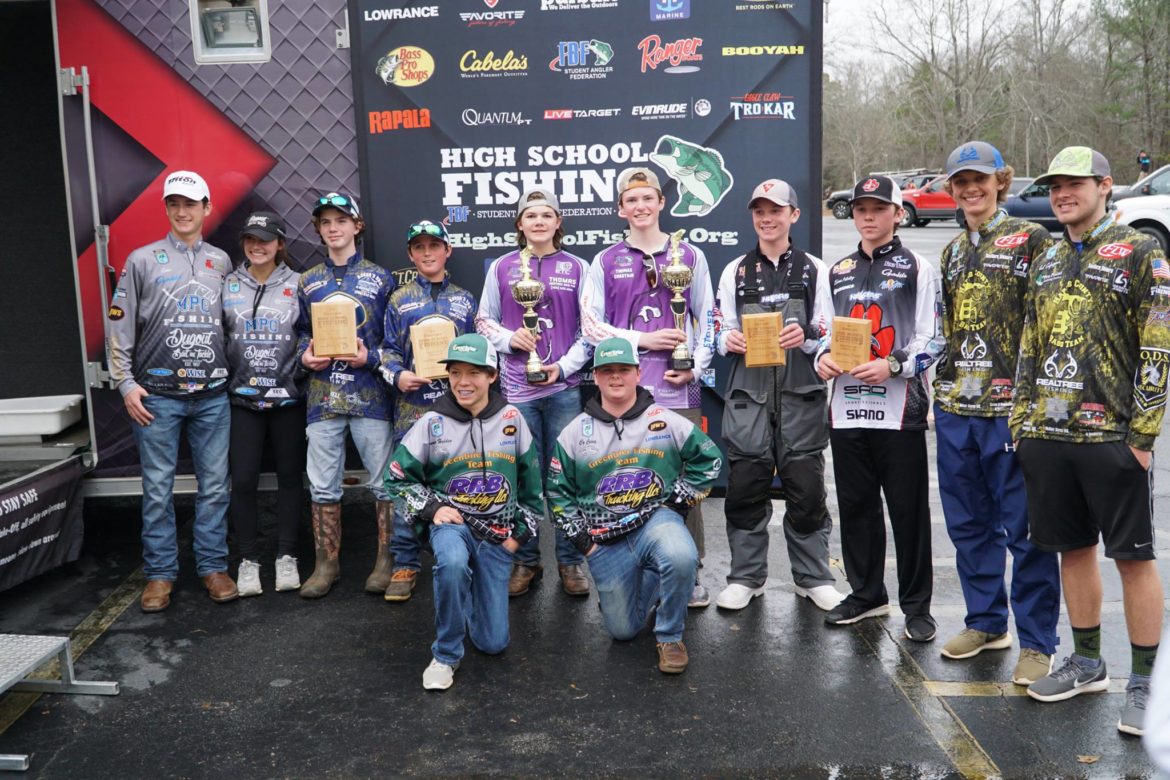 Several anglers reported catching their fish on crawfish colored crankbaits, jigs, spinnerbaits and Rattletraps.  Most teams were fishing shallow along chunky rock banks, just chunking and winding. With a total of 62 teams in the field, the top 6 teams advanced and qualified for the upcoming SAF National Championship to be held June 27-30 at Pickwick Lake at McFarland Park in Florence, AL.  Congratulations to the Top 6 teams and Good Luck at Nationals. 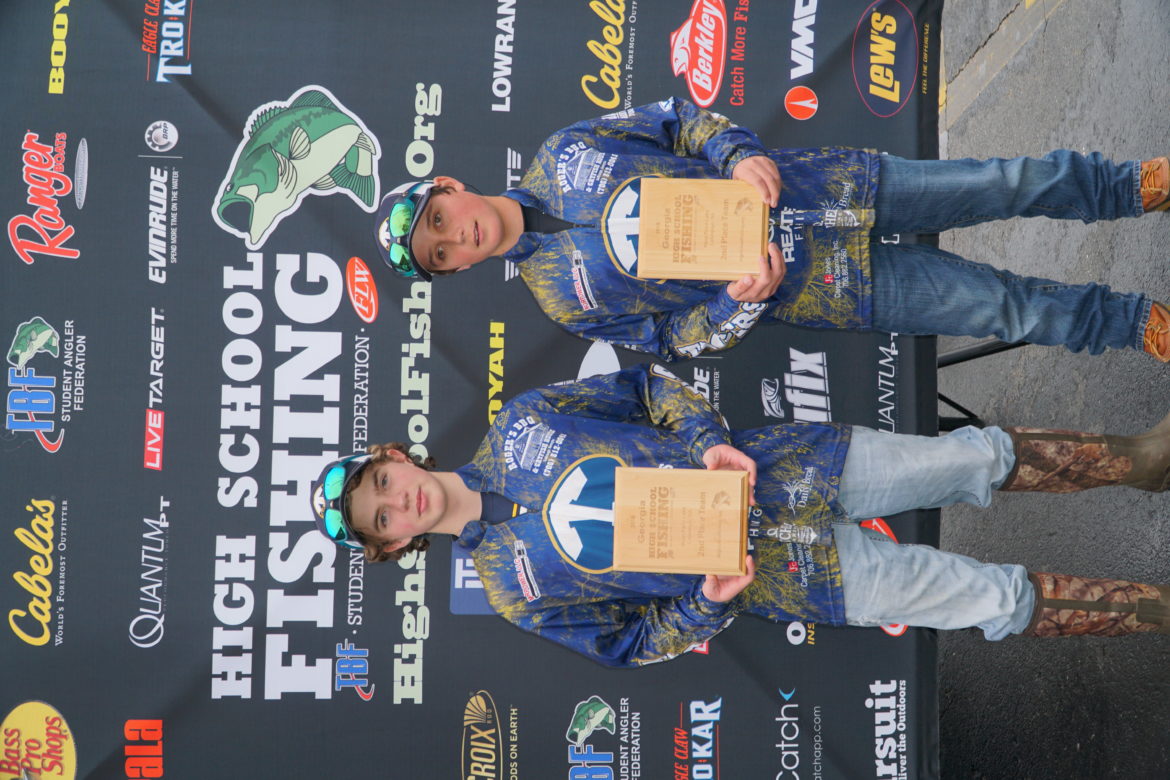