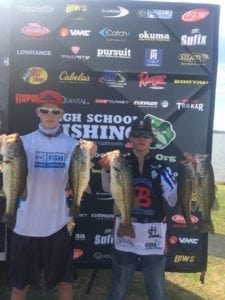 Limits were hard to come by on Saturday following a front and a few days of strong winds.  With temperatures in the upper seventies and lake temps in the high fifties, many of the bass were moving in the shallow bay areas and hanging out around trees and grass mats.  For the Bullard High School team of Will Carlisle & Zachary Hastings  most of their fish came “really, really, shallow.”  The team seized the 2018 Texas High School State Champion titles with a bag weighing 12-15 pounds. 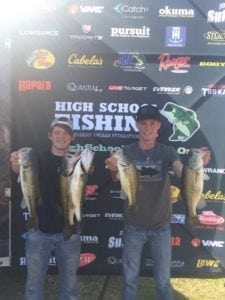 Just three ounces behind them in second place was the Marble Falls Team of Craig Dodson & Kaleb Smith with 12-12 pounds. 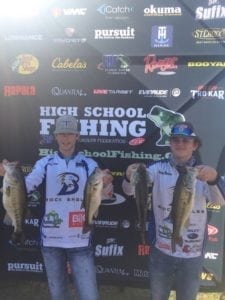 team of Chance Burton & Tyler Bouyer from Brock High School.  Their sack of fish weighed in at 11-03 pounds.

These three teams earned a spot in the upcoming High School National Championship event held in conjunction with the High School Fishing World Finals on June 26-30 at Pickwick Lake in Florence, Alabama. 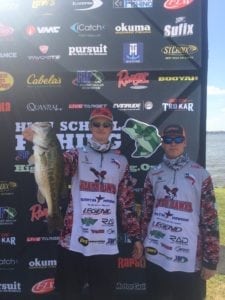 Most anglers reportedly found their success in less than three feet of water.  Brush hogs, Texas rigged worms, jigs, craws and even spinner-baits were all used by the top three teams.  Some anglers caught their fish early, while others did not catch their last fish until the last hour of the event.  The Rockwell Heath team of Hunter Alexander and Ben Cully only got one keeper bite, but it was enough to secure Big Bass of the event weighing in at 5.8 pounds.