Ohio Student Angler Federation members gathered at Gallipolis this past weekend to battle for the title of Ohio High School Fishing State Champions.  Even though the fish did not cooperate very well, the Top Six teams were separated by only four ounces.  Claiming the trophies were the Gallia County team of Blake Caldwell and Owen Saunders with six pounds and seven ounces.  Second place was one of two ties, in the top five, with the Saint Mary’s team of Brayden Hoehn and Brandon Gibson weighing 6-06 and Logan Sours and Ryland Lowe, of H-L Fishing Club also weighing in 6-06. Brayden and Brandon won the tiebreaker, for second place, as they had 5 fish and Logan and Ryland only had four fish.  Fourth place belonged to Carson Horner and Wyatt Weghorst of Portsmouth West with 6-04.  Fifth place was the other tie, where Mike Abbott and Rees Williams had 6-03 and so did Matthew Flores and Caine McDonald. 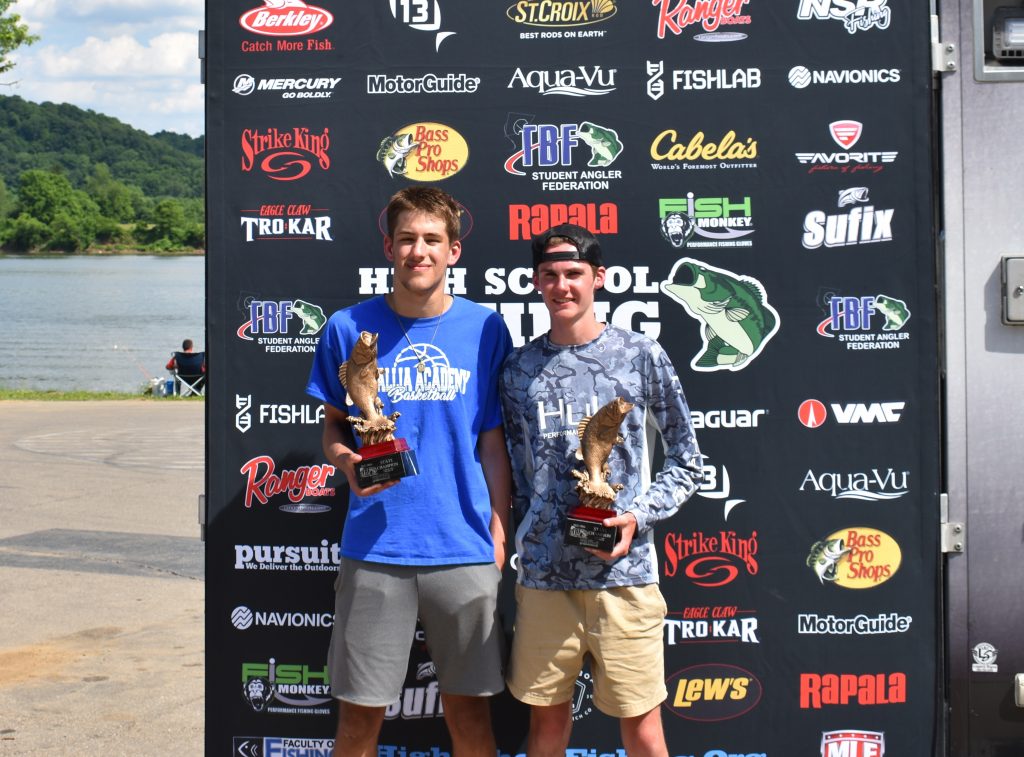 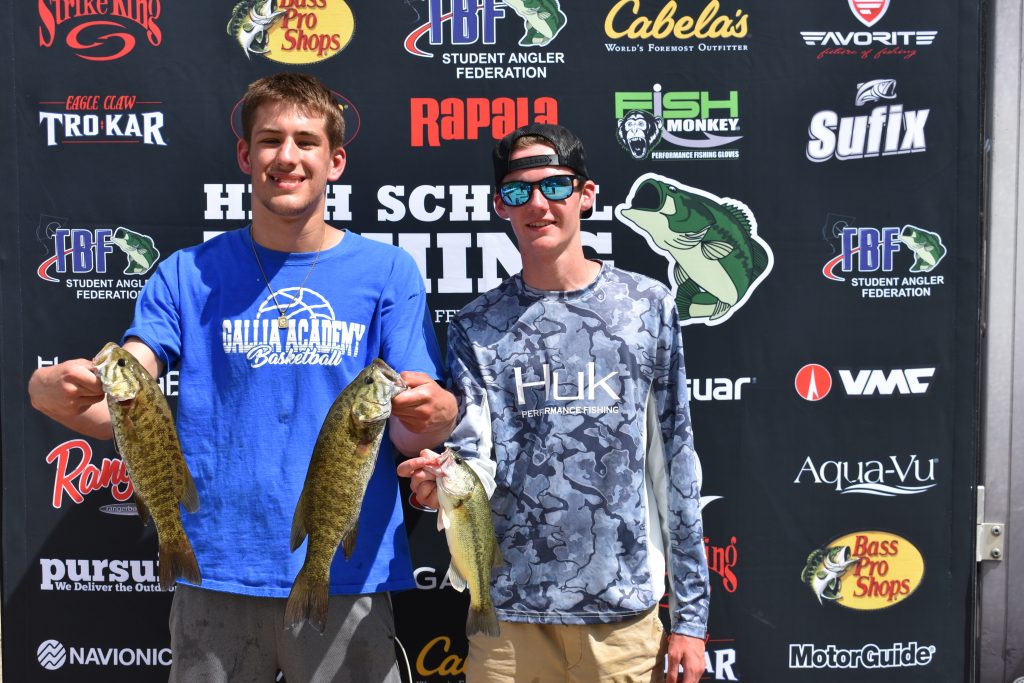 The Lew’s Big Bass award for the day went to Logan Sours and Ryland Lowe with a nice 2-11 chunk.  They received two, Lew’s Reels for their catch.  Most all teams talked about catching their fish in 3-10 feet of water and some out as deep as 20 feet.  Several teams were fishing Ned Rigs, Neko Rigs and other soft plastics while others were throwing crankbaits and spinnerbaits.