North Dakota teams had perfect tournament weather to compete at the state championship on Lake Ashtabula.  It was a cool 51 degrees at launch, but it warmed up to a pleasant 73 degrees by afternoon.  Logan and Ryan Bullinger weighed in the largest bag of 5 bass at 22.47 pounds and the largest bass of the tournament at 4.92 pounds to defend their title and bring it home again.   Coming in 2nd with 17.89 pounds were Forrest Sears and Sam Ziemer.  Alex Martel and Carson Dewald finished 3rd weighing in 14.97 pounds. 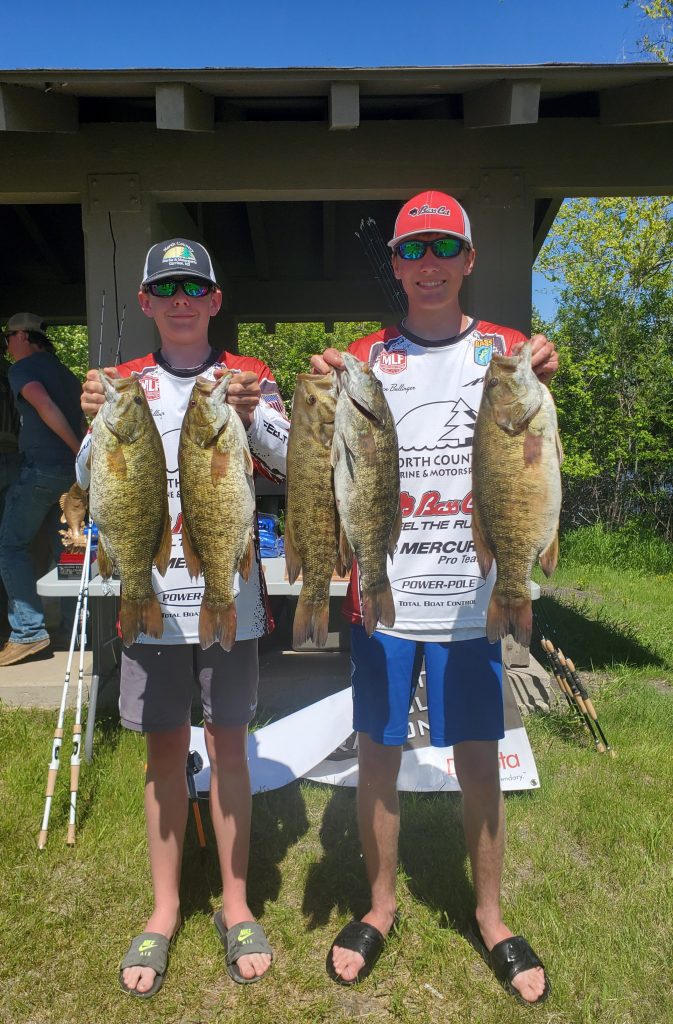 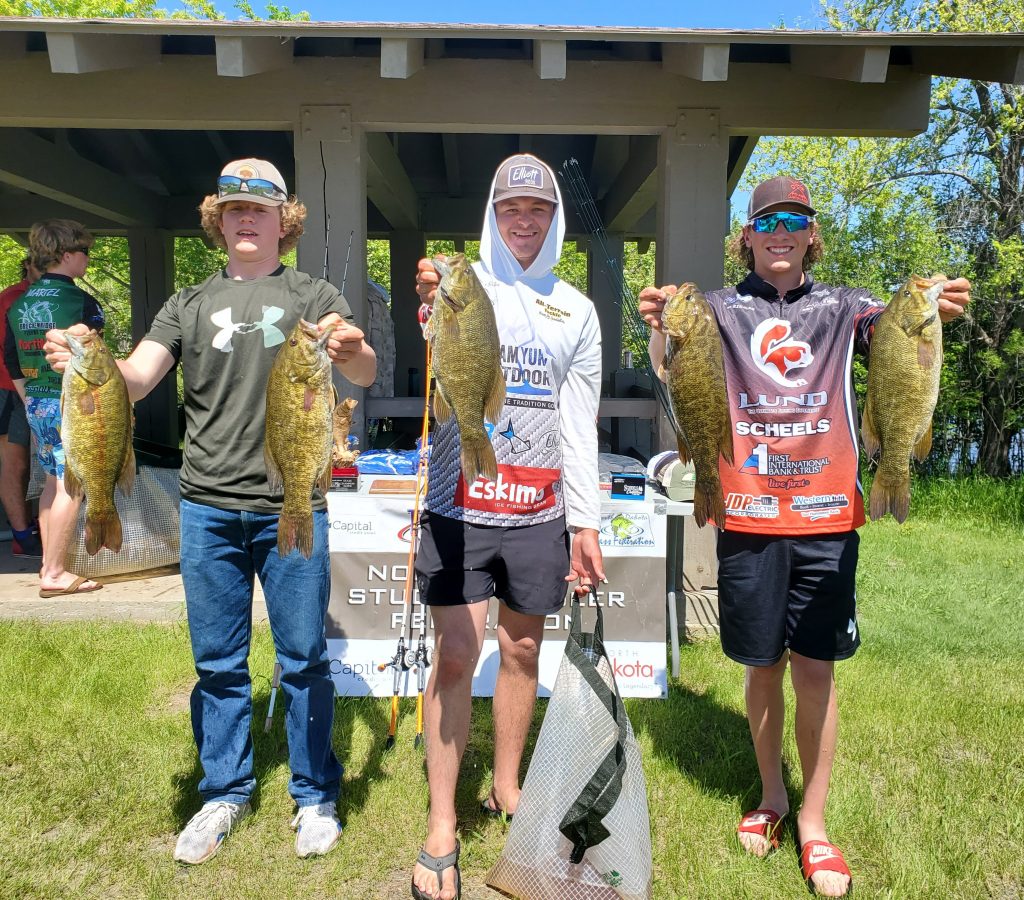 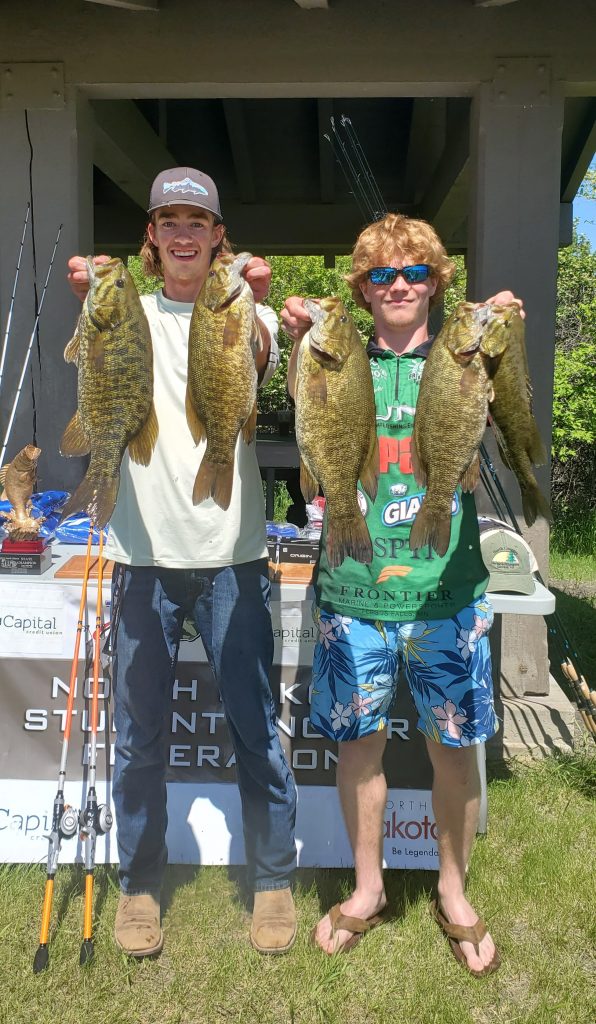 Congratulations to all teams who participated and thank you to the boat captains for volunteering their time.