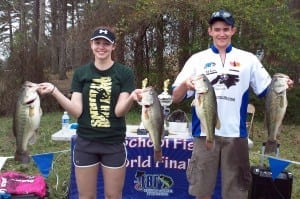 March 17, 2012 – If experience is the greatest teacher, then the family fishing duo of Kristopher and Chelsey Queen from Bandy High School are well on their way in the world of tournament bass fishing!

The big sack was anchored by a 7.39lb kicker that Chelsea landed from the back of the boat on a spinner bait casting around High Point Lake’s fallen timber.

“That was an incredible day of fishing,” stated Kristopher. “We didn’t catch a lot of fish but those four were just huge. We concentrated on fishing 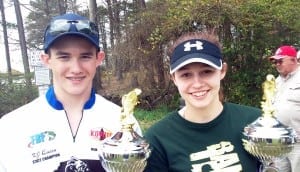 water that was two to three foot deep and had some structure like fallen trees and stumps. I fished the front of the boat with Berkley creature baits while Chelsea followed behind me with a spinner blade. She actually caught the two biggest fish in our bag so I’m glad she was back there,” he said.

“We did a lot of dancing when we landed that seven pounder,” stated Chelsea. “That’s the biggest fish that I’ve ever caught and I haven’t been out on the water much since we went to Russellville last summer, so I’m pretty happy to start off the season like that,” added the Bandy High Senior.

Finishing second was the team of Zack Bodford and Daniel Everhart from West Forsyth High School who had three fish that weighed 10.88 lbs.

The North Carolina Bass Federation provided the equipment and volunteer manpower for the event, which was sponsored by the Salisbury-Rowan County Convention and Visitors Bureau.

The winners will also advance on to compete in the Southern Regional competition which will take place next fall in conjunction with the FLW College Regional Championship series. Winning at that level will advance them on the High School National Championship sponsored by The Bass Federation and the FLW Outdoors.

For information on how to join the newest and exciting high school sport of bass fishing, visit www.HighSchoolFishing.org. Find us on Facebook at www.facebook.com/hsfishing or follow us on Twitter @hs_fishing. 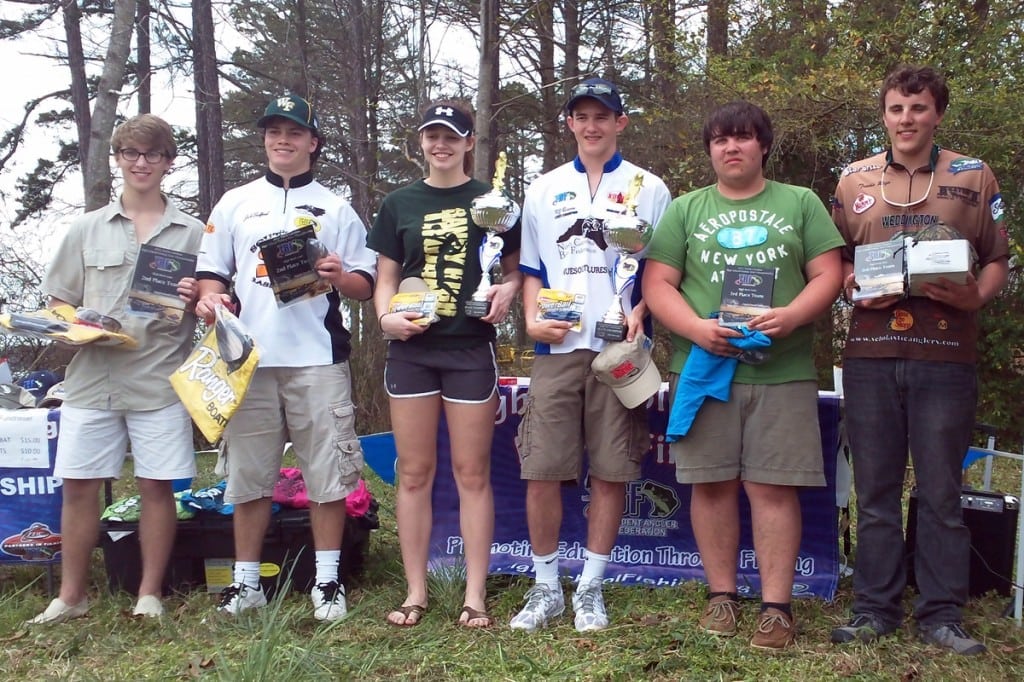