Brainerd High School Fishing Team is on the Move

Last year, Jason Bahr and Dan Eigen set out to form a fishing team at Brainerd High School in Brainerd, Minnesota. Fishing is well ingrained into their community but they’d never had a school fishing team before and could never have been prepared for what was about to unfold. 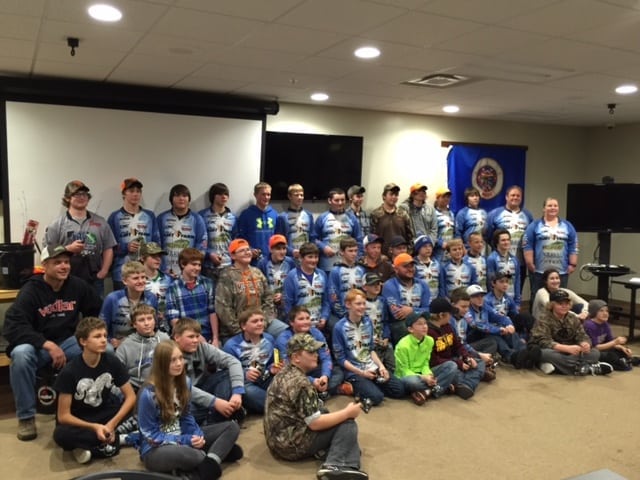 “We thought that we might have 15 to 20 students show up at our first meeting,” Bahr said. “Obviously we were quite surprised and pleased when 70 Jr. High and High School students packed into the school library for the initial meeting.”

Since their huge turnout, the team has grown to 90 members strong in 2016 and has gained terrific support from the local community. “Several retailers in town have really taken the lead in helping us get this program rolling and we can’t thank them enough,” Bahr continued.

For their club tournaments Brainerd breaks the team into two groups. The Junior High angler’s fish as individuals in one segment and the High School students do the same in another. Then, for the SAF State Championship they pair the number one High School Student with the number one Jr. High Student so that the entire team can participate. That strategy worked well at last year Minnesota SAF State Championship as the Brainerd teams took four of the top five spots, including the coveted State Champions slot. 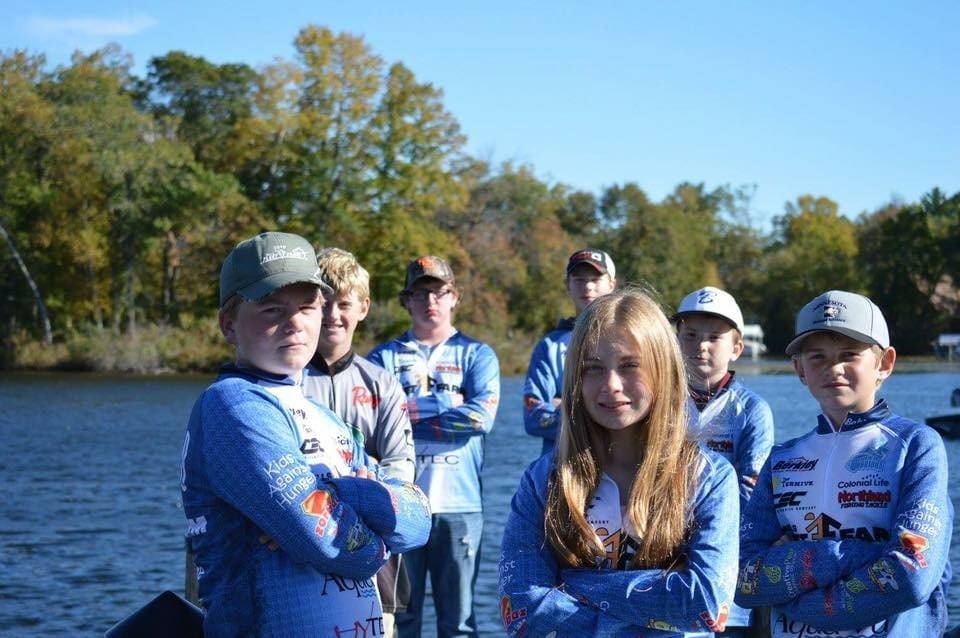 Since the water gets a little hard in Minnesota in the winter months the group shifts gears and keeps their students active by taking to the ice with their annual Ice Fishing contest. In this event, they follow suit with SAF events and incorporate academics. Students are challenged by five species of fish to catch ranging from Yellow Perch to Northern Pike. Fish are measured by length and the total lengths are added together. The academic twist comes in when they get to add their GPA in inches to that length. So a student with a 4.0 GPA gets to add four inches to their total length. A 3.0 GPA gets to add three inches and so forth. “That is a great motivator for the students to continue to do well in the classroom,” Bahr said. “In most cases, those bonus inches are the difference between the winning teams.”

Perhaps one of the best features of the club is their willingness to give back to the community. To date they have helped with eleven local charity events as well as fundraisers. They’ve also raised enough money to support the club for the 2016 season. “We don’t want to turn any student away so we don’t mind working hard to ensure that doesn’t happen,” Bahr added.

As the High School Fishing movement continues to grow in Minnesota, Brainerd High School will undoubtedly be the school leading the way as a shining example of what can be accomplished!