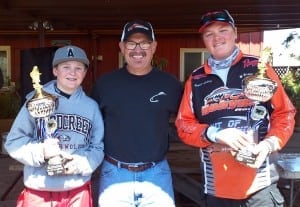 The Delta, CA – The 2012 California SAF State Championship was held on the famed California Delta following the conclusion of a FLW Outdoors Everstart Series Event.  The competition was tight with nearly half of the field bringing in healthy limits.  After all teams had weighed in, it took over 20lbs to decide the title of 2012 California High School State Champions.  Tyler Bounds and Andrew Loberg from Woodcreek High School caught a five bass limit weighing 20lbs 5ounces giving them a two pound margin of victory.

The pair targeted rip rap banks and tullies in Taylor Slough most of the day.  The original game plan was for one of the anglers to use finesse tactics in search of a limit while the other “power-fished” for a big bass kicker.  They caught a few keepers early by throwing a shallow-running crankbait up against rip rap banks. Loberg then caught a few fish on a brown and purple jig tipped with a Reaction Innovations Beaver. He cast the jig deep into the tullies and popped it out for a few reaction strikes. “We went back to the first stretch of bank we caught fish on in the morning and threw the drop shot right up against the tullies,” Loberg said.  “My partner caught a nice three pounder, and then I caught a six!”  Bounds caught a nice seven pounder on a windy point with the drop shot rig using a 6” MM3 colored Roboworm.  That’s when both teammates decided the drop shot could lead them to victory.  “The key was having a really short 5-6” leader on that drop shot rig.” 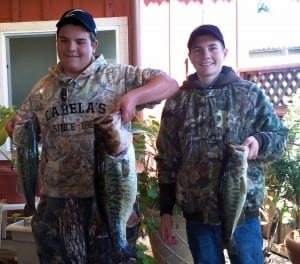 Both anglers utilized Daiwa Advantage and Fuego reels and a variety of Dobyns Champion Extreme Series rods to get their fish out of heavy cover and into the livewell.

Kasey Slick & Hunter Dejesus from the Delta Teen Team finished in second place with three fish that weighed 18lbs. Averaging about six pounds per fish, their bag was anchored by a 10lb 13ounce Delta monster, which is unofficially the biggest bass ever weighed in at an SAF Event!

Both FLW Outdoors and the California Bass Federation provided the volunteer manpower for the event, and every participant got to weigh-in their fish on the FLW Outdoors Everstart Series stage, just like the pros! 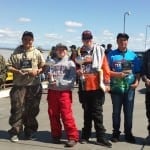 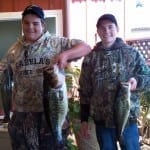 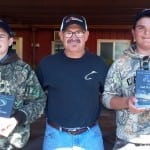 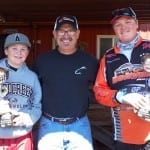