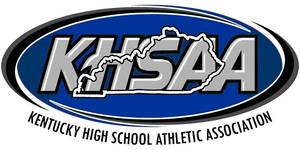 February 22, 2012 – Kentucky’s lakes, rivers and streams have always been a haven for anglers and record-breaking catches. Starting with the 2012-13 school year, young anglers will have a chance to win something more – a high school state championship.

The KHSAA will add bass fishing as a varsity sport-activity starting next year, Commissioner Julian Tackett announced in a Wednesday morning press conference. Bass fishing will join bowling, which is holding its first KHSAA-sanctioned state championship in late March, and competitive cheer as sport-activities offered by the Association. Kentucky becomes the third state nationally to offer bass fishing as a varsity sport, following Illinois and Tennessee. It will be offered in the spring with a regular season scheduled from late February through mid-April. The postseason and state competition will take place in late April.

“To say we are excited to sponsor bass fishing as a state championship sport-activity is an understatement,” said Tackett. “Not only does it seem like a natural fit, given the number of Kentuckians of all ages who enjoy fishing and the outdoors, but it also allows us to reach one more group of students who may not already participate in an extra-curricular activity and give them a chance to be a part of a team. Representing your school and your community comes with great responsibility – keeping your grades up, staying out of trouble and setting an example for others. Not only do we hope to reward these students with a state championship event experience next year but we hope it fosters a lifelong love of the sport.”

Much like youth programs already in place for bowling and archery, Tackett said the assistance the Association has already received from organizations such as The Bass Federation and youth director Mark Gintert, as well as FLW and Outdoors Operations Manager Dave Washburn has proven invaluable. The appreciation has been reciprocated.

“The Bass Federation is very excited to be working with the Kentucky High School Athletic Association and the FLW Outdoors to help bring high school fishing to the state of Kentucky,” said Gintert. “These three organizations represent the forefront of youth fishing and athletics across the state and we can’t wait to see the program grow as a result of this partnership.”

The new sport-offering has already gained traction in the state as Terry Johnson, Executive Director of the Bluegrass State Games, also announced on Wednesday that bass fishing will join the full offering of sporting events at this summer’s competition.

“We are very excited to partner with Murray State and FLW Outdoors to add high school fishing to the Bluegrass State Games,” said Johnson. “We provide Kentuckians of all ages with a wide array of sports in which to compete and the momentum high school fishing will gain as a result of its addition as a varsity sport by the KHSAA makes it a natural fit.”

Watch the Press Conference as Broadcasted on iHigh.com