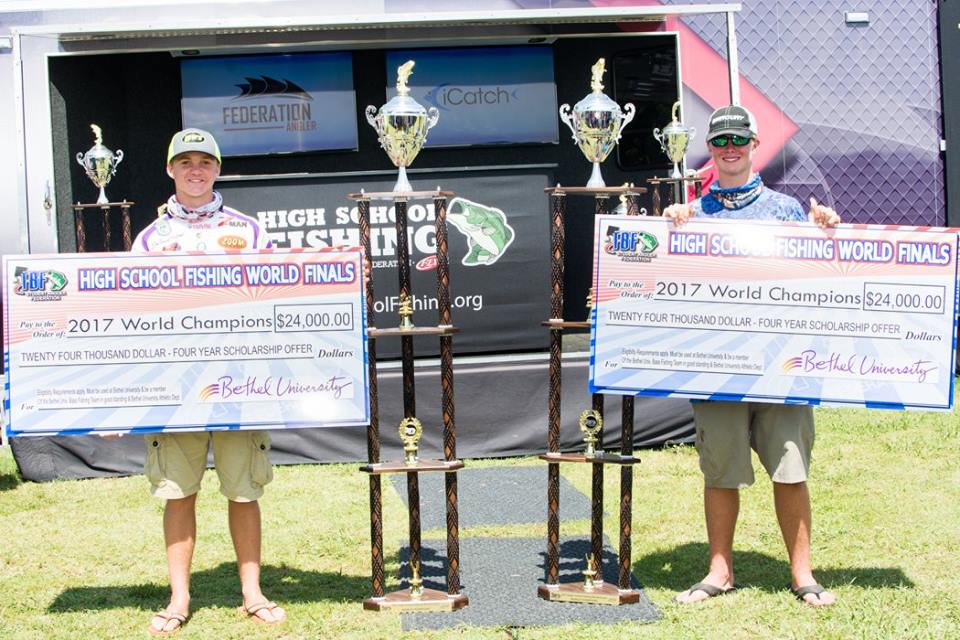 A record field of 332 North American teams from 33 states and Canada participated in the 2017 High School Fishing World Finals in Florence Alabama’s Pickwick Lake. After four grueling days of competition and cuts befitting a world championship event, Jon David Bedford and Walker Brown from Lawrence County High School in Tennessee won the event and their choice of scholarships prizes.  In total multiple teams from this event are offered scholarships in total during the week more than 170,000 in scholarships and prizes were awarded in this no entry fee event.

All 31 of the final teams were able to pick prizes including; Gift cards from Cabelas, Saint Croix Rods, Big Screen TVs’, Laptop computers, Go Pros, kayak’s, and other items. Top Boat Captains were also rewarded with Lowrance HDS 7 unit, Motorguide trolling motors, Evinrude props Cablea’s gifts cards and more.  Everyone of the 664 anglers in attendance was given something during the week by the event sponsors 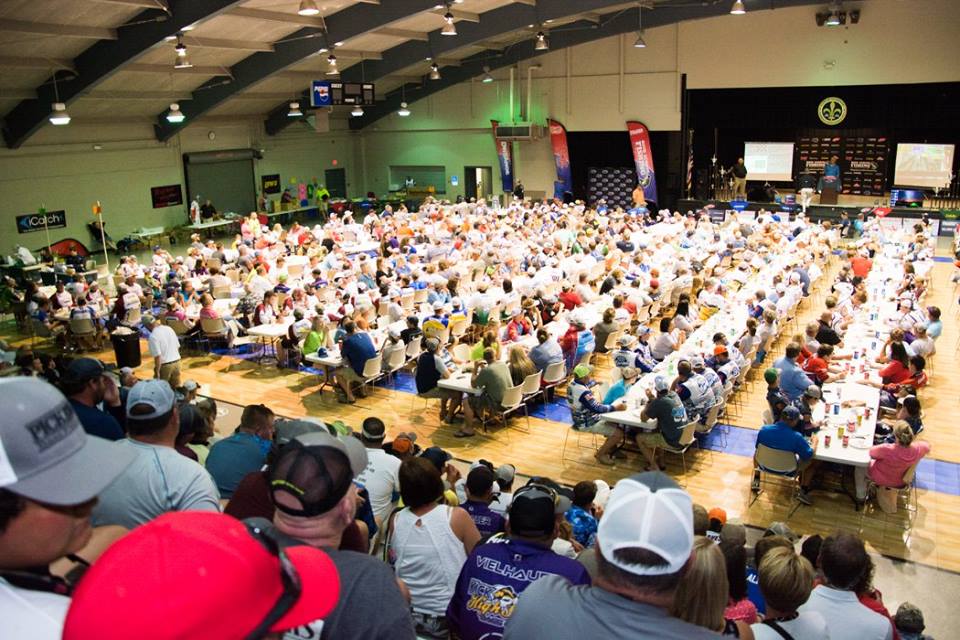 For a detailed report on how the winners caught their fish and more check out our partners website at flwfishing.com CLICK HERE

For full results check out the HSFWF home page HERE

For daily pictures check out our facebook page albums 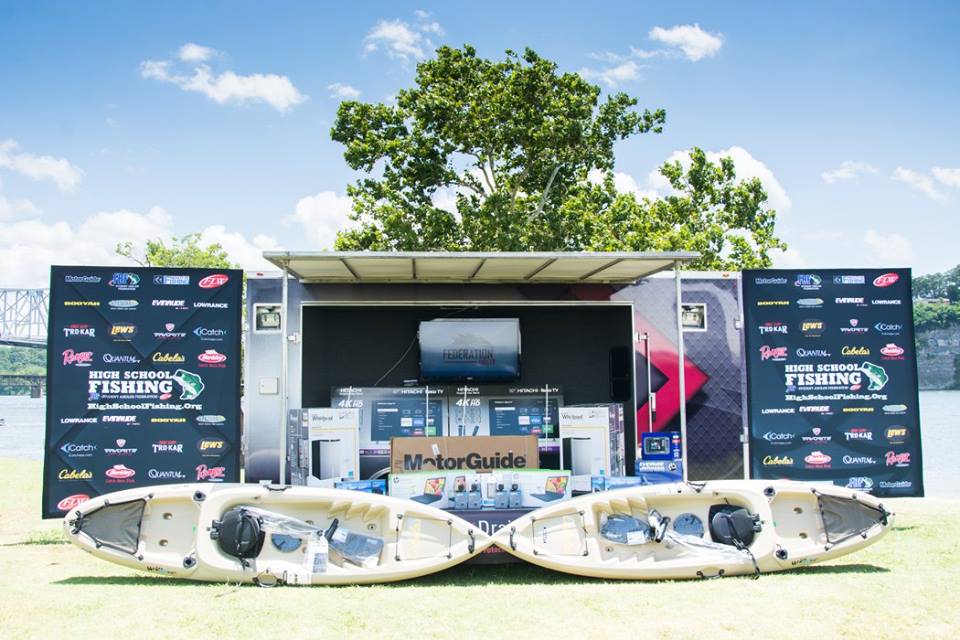