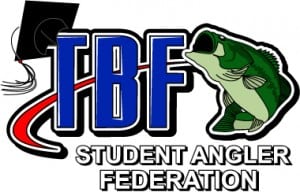 PONCA CITY, Okla. (January 29, 2013) – The Bass Federation (TBF) and the City of Russellville, Ark., are pleased to announce the High School Fishing World Finals is set to return July 14-20.  “Russellville is excited to play a part again in the High School Fishing World Finals,” Executive Director for Tourism in Russellville, Christie Graham, said.  “We see it as huge opportunity for our community and love investing in young people’s lives. We know the benefits of hosting this tournament are long lasting.”

“The High School Fishing World Finals has always been on the cutting edge of tournament formats with many industry firsts like angler testing, multi-species consolation tournaments and education based prizes,” TBF National Youth Director, Mark Gintert, stated.  “We’re expanding our format to advance several more teams to Saturday’s final round and build the excitement of our championship weigh-in. As always, we will have tens of thousands in scholarships and prizes waiting for the winners,” Gintert added.

Here’s a sneak peek at the new format.

The official practice period starts Sunday, July 14.  Tuesday night will now be the official check-in and rules meeting at Russellville High School with registration starting at 3:30pm and the rules meeting to follow at 6pm.

Wednesday and Thursday will be the official competition days.  The top two teams from each state, province or country will advance to a semifinal round on Friday where all weights will be zeroed.  Teams who don’t make the cut can fish the “second chance qualifier” on Friday for another chance to make it to the final round on Saturday.  All weights will again be zeroed and one team will be crowned the 2013 world champions.

“The new format does a few exciting things to improve this event,” TBF President, Robert Cartlidge, commented. “It provides teams from any state or country a level playing field competing against anglers from the same location to earn a spot into the semi finals.  Also, the new format sets up a double elimination round bracket for teams to fish and earn their way back into the event.  It gives our student anglers, no matter where they’re from, the most opportunities to make Saturday’s final round of competition.”

SAF, in another industry first, reserves the right to advance a maximum of two (2) wildcard qualifiers to the final round. If this option is exercised by SAF the two (2) wildcard slots will be available to ALL contestants in the event and the details of qualifying will be announced at the tournament briefing.  Otherwise, they will not be used.

The entire event will be taped for television on the Pursuit Channel and streamed live on the internet at highschoolfishing.org.

Registration for this year’s event and information about the exciting new format, along with some important rule changes can be found at the hot spot for high school fishing, highschoolfishing.org.

The Bass Federation Inc., (TBF) is owned by those we serve and dedicated to the sport of fishing. TBF is the largest and oldest, organized grassroots fishing organization there is. TBF affiliated state federations and their member clubs conduct more than 20,000 fishing, youth and conservation events at the local level each year and have provided a foundation for the entire bass fishing industry for 45 years. TBF started the Student Angler Federation and the national High School Fishing program in 2008 to promote clean family fun and education through fishing. Visit bassfederation.com or highschoolfishing.org