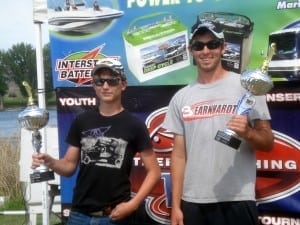 Moses Lake had two teams representing the Moses Lake high school Chiefs, and teams as far away as Long View Washington, R.A. Long High School Lumberjacks and Tumwater high school Thunderbirds had teams ready to pit their skills against all comers to try and bring in the heaviest bag of fish to the scales. 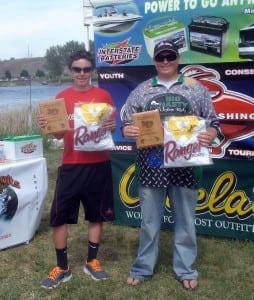 The weather had cooperated and been stable for about a week with exceptionally hot sunny clear days to push small mouth bass onto spawning beds with a number of large mouth pushed up fanning beds or locked on in some areas of the lake. The lake temperature was in the mid to high sixties with little or no wind through out the day, and made for great fishing conditions.

All teams brought fish to the scale with, Moses Lake Chiefs team of Harris Turner and Dustin Caldwell managing to cull their way to the top of the group with a mixed bag of small mouth and large mouth to top the scale at 20.80 lbs for first place. Local lake knowledge was sure to have helped find the right fish to win. Second place went to Spokane’s University High School Titans team of Joe Choiniere and Nathan Portch who weighed in 19.38 lbs with a challenge for second from Mt Spokane High Wildcats Dakota Jones and Logan Meredith who placed third with 19.16 lbs.

Fourth place went to the Tumwater Thunderbird team of Carl Jackson and Brodie Trapp of Selah who weighed in 18.20 lbs, fifth place went to a Central Valley brother sister team from Spokane, Nicholas Shaber who is this years Junior State Champion and also weighed big fish of the tournament, a 5.36 lb large mouth bass, and sister Kelsey who finished fifth at the junior tournament. They weighed in 15.52 lbs. 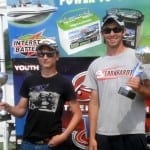 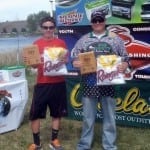 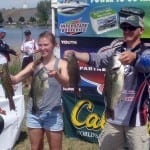 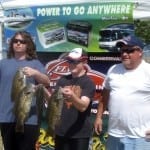 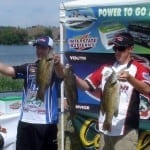 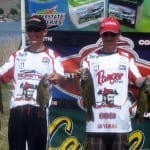 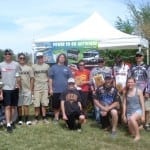