Lake Dardanelle State Park was packed today as the 2013 High School Fishing World Finals rolled through a record-setting day three.  Two tournaments, the second chance round and the semi-finals, kept the excitement pumping from the first bag to the last.  The second chance teams were first to the scales, followed by yesterday’s top two teams from each state that advanced to the semi-finals.  To top it off, wind and rain swept through as the last few anglers came hurriedly across stage.   In the end, it was all in the weights.  The top ten from the semi-finals automatically advance then the next ten teams from either tournament.  As the weights would have it, the next ten were all from the second chance round. 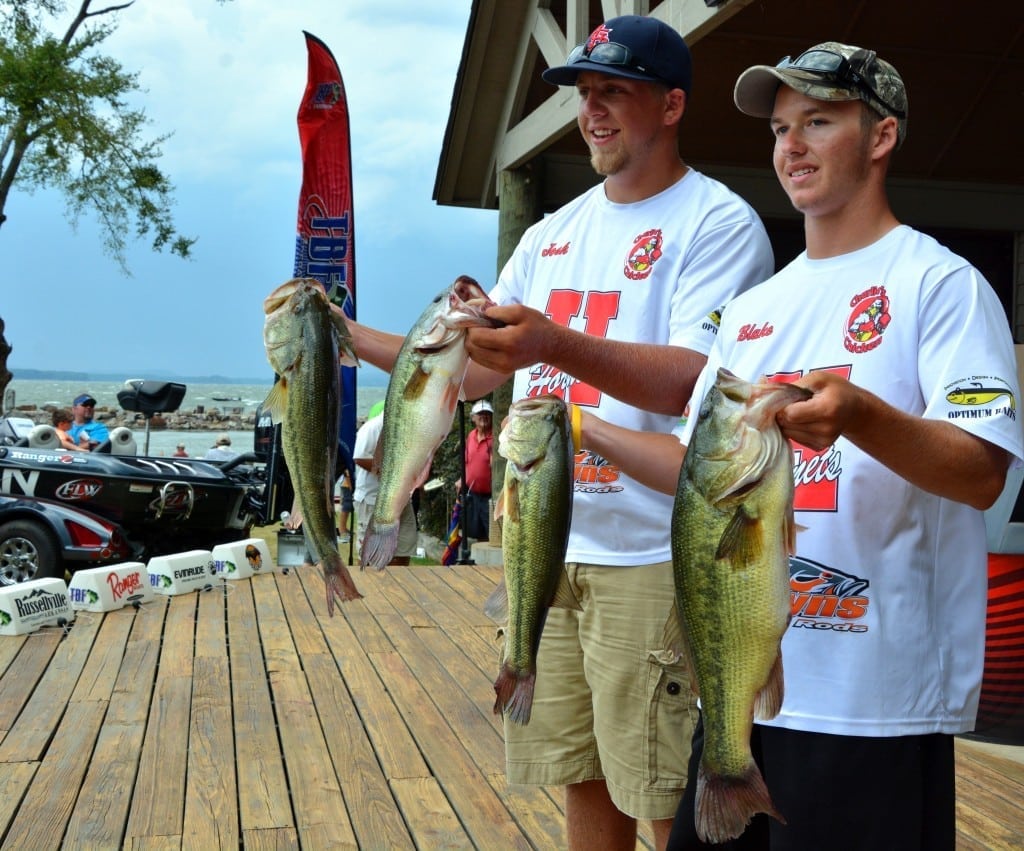 The first boat to launch in the morning with the heaviest bag today was, Blake Capps and Josh Giem, the 2013 Oklahoma State SAF High School Champions.  Capps and Giem had a limit of bass weighing 18lbs 5ounces.  “We had a really good practice,” the team said.  “Then, first day they didn’t bite, there was potential, but we lost a few bites.  Second day was a grind.  Today was different.”

Capps and Giem found a honey hole pre-fishing, but decided to save it for the semi-finals, if they made it.  They certainly made it.  “Today, we had a limit there by 9am, just junk fishing,” the team continued.  “Tomorrow, we will be starting at that spot; we left some good bites there.”

Holding the second place slot are, Bailey Britt and Jerod Keith, representing the Benton High School Bass Club from Louisiana.  Britt and Keith had a limit of bass weighing 17lbs 11ounces.  “I stuck the big one and that changed everything for us,” Keith said.  “Kind of gave us hope that we could make it; made the day go a lot faster.”

The team also had a great practice this week, and they’ve got their eyes on a few spots still churning out fish.  “We have about 3-4 main spots we will definitely run to tomorrow holding fish pretty good,” the team said.  “If it goes like practice, it should be really good.”

Britt and Keith call the Red River home, and they set out to bring a little home with them.  “The northern part of the lake fishes like we are used to.  So, we are fishing it like a river 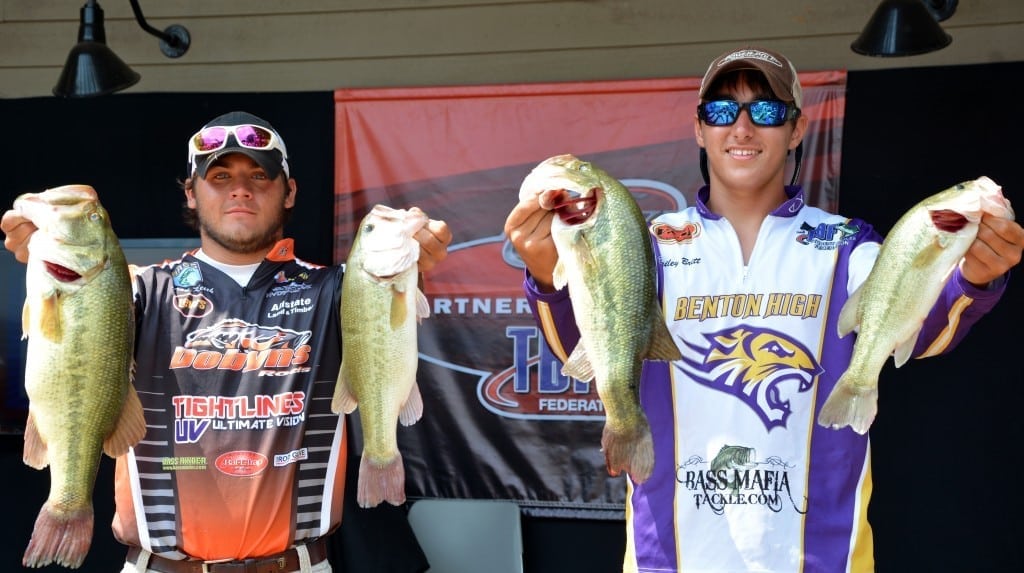 system, out looking for places that remind us of back home.”

This is the team’s third appearance at the world finals with 13th being their best finish; they are definitely looking for some revenge going into the final round.  “These two are actually on a roll right now,” boat captain for the team, Justin Woodall, said.  “They’re the up and coming ones to beat on the Red River. They actually just won a circuit there a month ago, won about $30,000 and beat out all the local pros,” Woodall continued.  “They work really well together, there’s no arguing in the boat, no one better than the other one.”

The 2013 High School Fishing World Finals will wrap up tomorrow on the beautiful waters of Lake Dardanelle in Russellville, Ark.  Weights will be zeroed; history will be made as the top high school teams in the country make one last push for the world finals titles and all the glory. 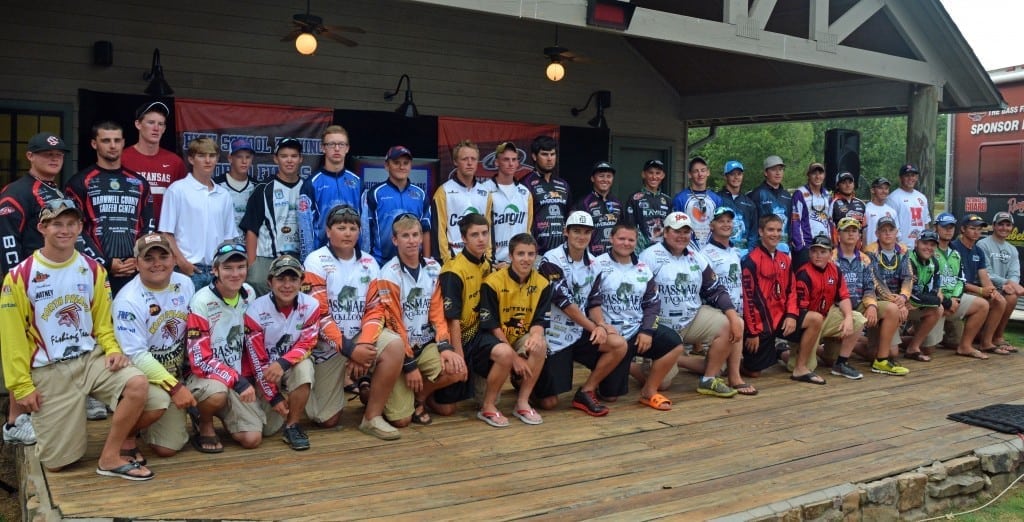