The Washington High School State Championship on Lake Tapps in Bonney Lake Washington on September 18th shaped up to be a challenge of the mind for these young High School anglers.

The official practice day was challenged for teams to cover water effectively as high winds of 20+ mph with gusts up to 50 mph. The night before a strong cell moved through the Seattle area with lightning and wind gusts that knocked down trees and power for several areas including some of the team’s place of residence for the night. Some of the boat captains chuckled at the fact that they were lucky to have cell phones with alarms set on them instead of wall plug alarms so that they woke up in time.

By the time teams were able to launch that morning the winds had calmed down to 5-6 mph and the rain was at a minimal.

When the teams came in at 3pm there wasn’t much for smiles and fish stories being spoke of. They all had a less exciting look to their faces. As the Bell boys came up to Scales to weight their fish they were less than excited to show their hard work for the day just to only to come in with only 2 fish that weighed 2.95 lbs. for a 4th place finish.

The second team to come in was the first time team ever to compete in a High School fishing competition Todd Fiscus & Thunder Lambright. They too only had a 2 fish limit of 1.94 lbs. for 5th place finish.

The third team to the scales was the reigning High School State Champions from 2021. Both Wesley Opsahl and Nolan Williams were very stoic bringing their bag to the scales. They both didn’t have much to say however when asked if they wanted to weigh a big fish they were quick to say they had one pinned. A solid 3.26 lb. smallmouth was weighed. At that point it looked like to the rest of the teams like they had figured out a pattern to the day, but when asked how many fish were in their bag they were reluctant to say only 2 fish. However that second fish was another solid 3 pounder. Teams Opsahl & Williams weighed a 2 fish limit of 6.35 lbs.

With one more team to weigh in the anticipation was getting hi to see if the reigning High School State Champs were gonna go back-to-back wins. The final team of Morgan Rowe and Kyle Watts had fished hard all year long in the Washington State Series Battle to finish just right behind the AOY team of Vanderpool & Means. They both came to the scales with a very nervous look on their faces. They too when weighing their big fish pulled out a large mouth that weighed 2.11 lbs. Again they too had 4 small mouth to finish out their 5 fish limit. When the scales finally settled on the overall weight of their fish it rested at 6.62 lbs. to take the win for the State Championship.

Morgan Rowe and Kyle Watts was shocked to hear that they won. They thought they didn’t have a chance after the first hour of the tournament. At one point in the morning Morgan was dancing on the deck of the boat because he thought well if they didn’t have a chance then they might as well have fun out on the water. They adjusted to a pattern that would catch fish from the pattern that they had figured out in practice. Like most teams they thought they were going to have to catch a limit weighing more than 15 lbs. for the day. However mother nature had her way and changed things up for all of them and the bite got real tough. Teams had to rely a lot more on their strengths, instincts and the use of their electronics. 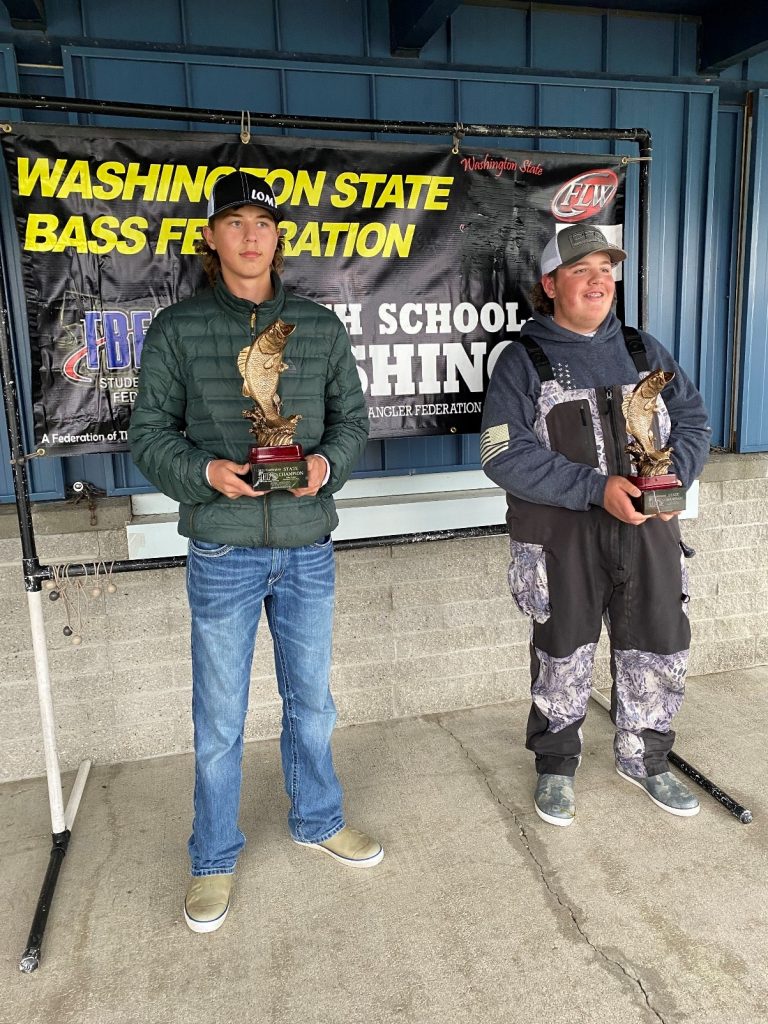 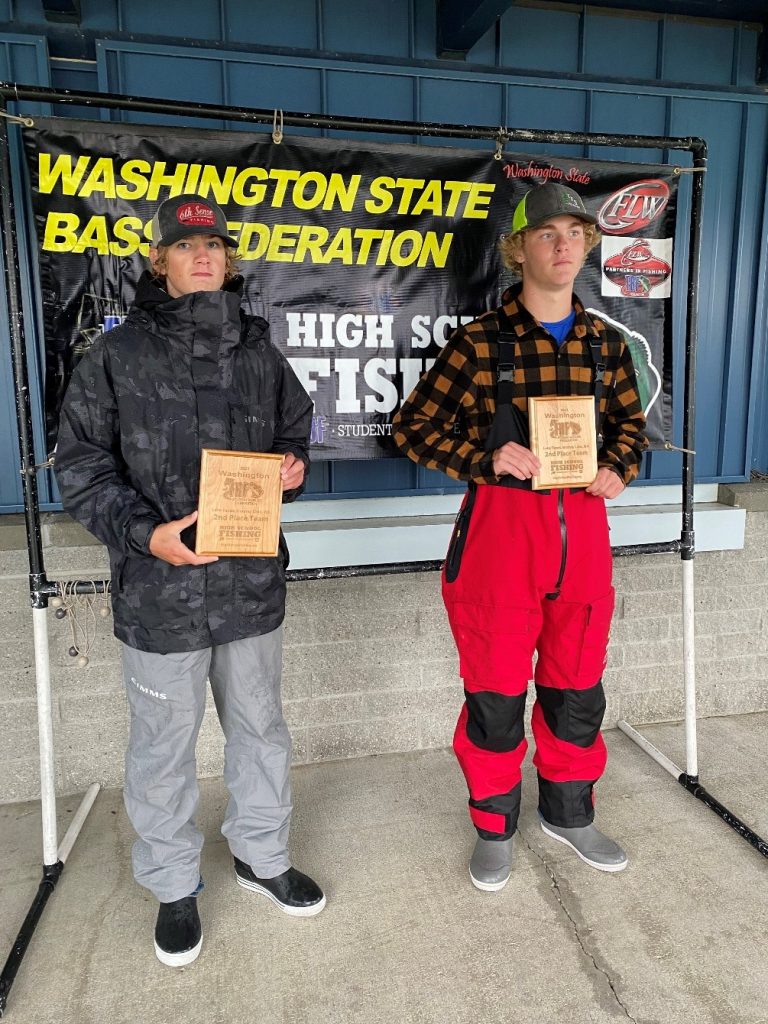 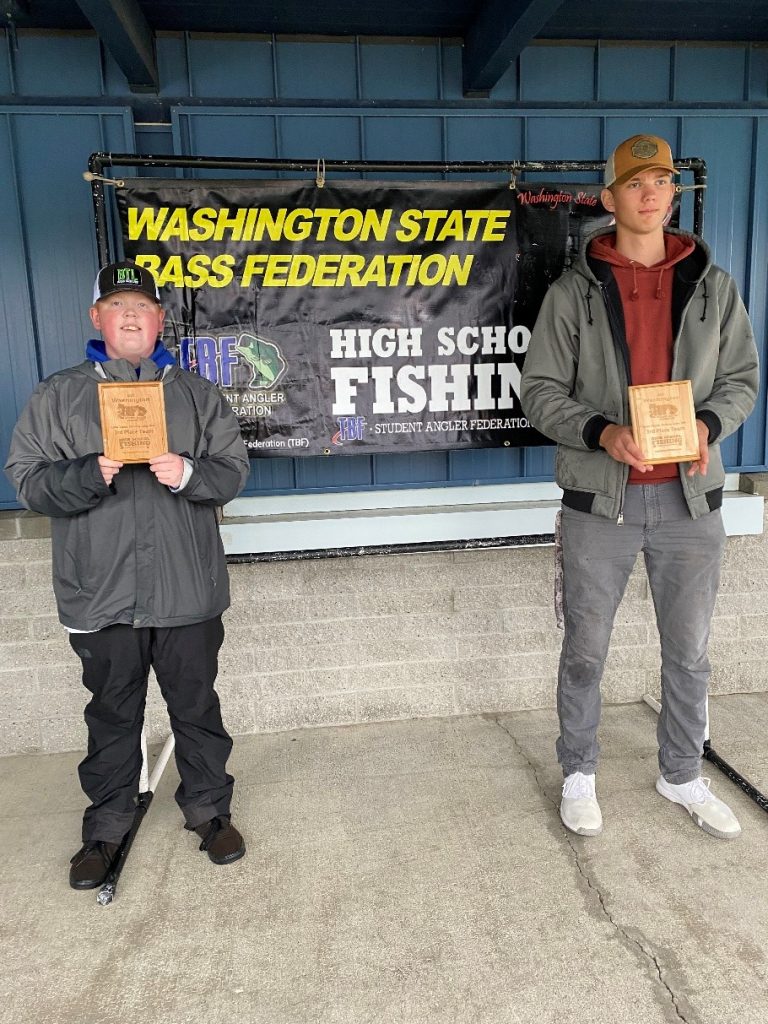 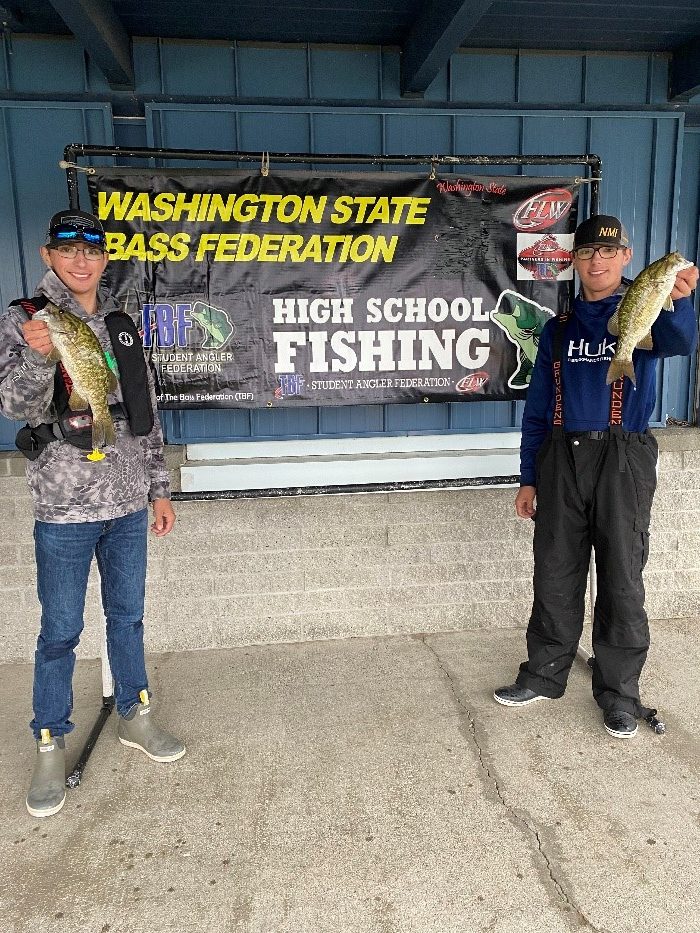 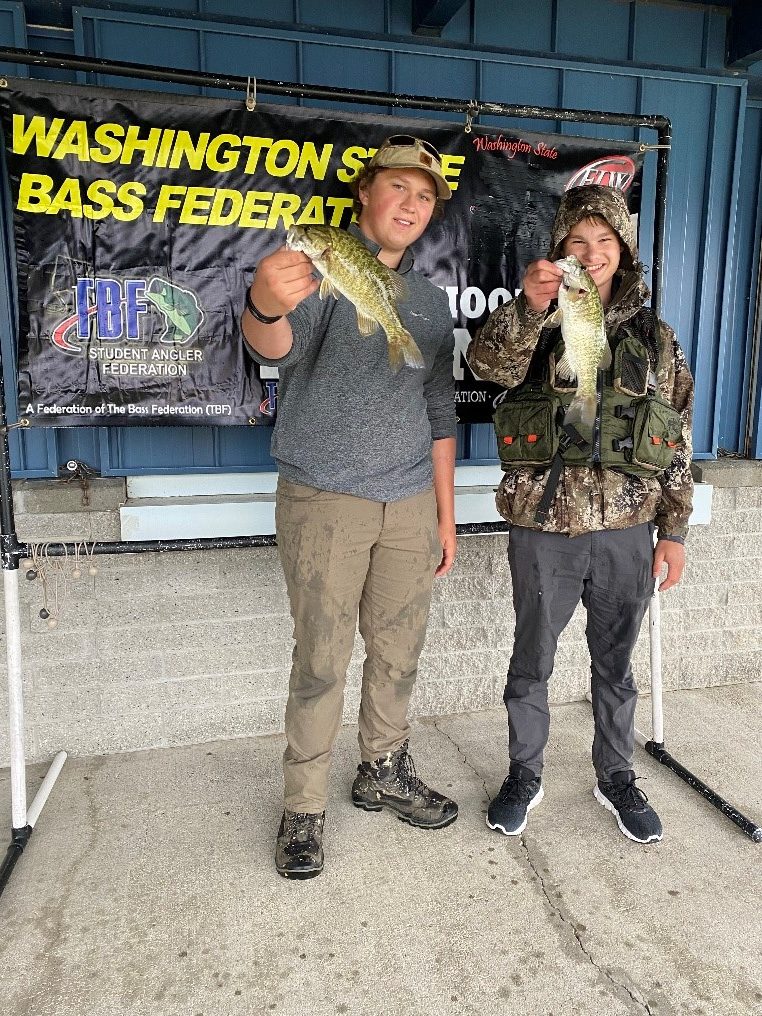